It's a Question of Taste 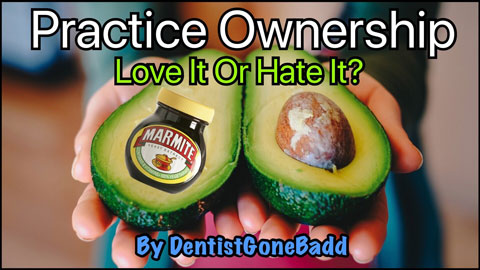 It's a Question of Taste - (Practice Ownership - Love it or Hate it).

Had a bit of news this morning over my Marmite toast – the psychopathic baboon who bought my practice a few years ago has finally sold the practice on after a couple of years of trying.

I’ve complained about this dentist before. Within a few months of selling on to her, she had reduced the patient list by about two thirds (on account of being a psychopathic baboon with a patient-unfriendly personality) and I found myself at the end of several complaints, three of which ended up being sent to the GDC after encouragement from the said deranged member of the Cercopithecidae family.

She put in an extortionate claim for work she said she had to re-do (despite there being a pretty reasonable retention fund in place - nearly £10,000). She claimed she had had to spend out £36,000 for replacing work within…wait for it…the first six weeks of taking over the practice.

I didn’t discover this till after the sale, but this dentist had a reputation for suing any dentist she had ever employed, or been employed by, and I was merely the most recent in a long line of victims. The litigatory modus operandi of this individual was to accumulate a long list of procedures she claimed to have carried out, then submit a claim to the County Court. Denied access to patient records because of ‘patient confidentiality,’ the claim couldn’t be challenged without a three-day hearing in the High Court. Had I lost a claim involving a single quid, I would have been faced with being wiped out by court costs, so I had to pound my fists in submission, like an out of shape 1960’s TV wrestler.

The reason the money-driven baboon implored her new patients to go to the GDC, was that so that she could say to the court “Look, even the General Dental Council backs me up.” Two of the patients she claimed over £600 for were for ‘replacement’ dentures. Neither patient wore dentures. One of the patients was a personal friend of mine. But that’s by the by. I don’t want to put baboons down, but if you saw her and her dentist husband, you’d understand. 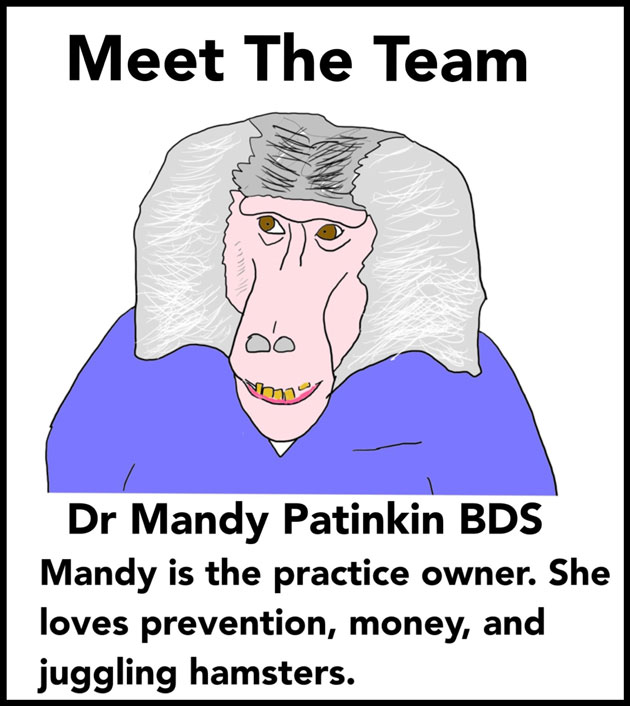 The reason I mithered about her impending sale was that I really worry for the buyer. This individual sold a practice on previously and then virtually terrorised the young chap (her previous associate) who bought it, including stealing the database of patients and setting up in a practice less than a couple of miles away.

I don’t think, or at least, I HOPE that my sale wasn’t par for the course. I would hope that for most practice owners selling on, it goes a bit more straightforwardly than was my experience.

A couple of years ago, while an associate for the corporate, I met a young dentist who was working with us as a locum. I keep in touch with him now and I tried desperately to put him off buying a practice, citing my experiences as a practice owner as a deterrent.

My young friend considered my entreaties to give up on the idea of being a practice owner, and then dismissed them out of hand, buying an NHS practice on the coast, in a fairly run-down area with high treatment needs, but a surfeit of practices.

I’d warned him about potential staff recruiting problems, difficulties in finding decent associates and all the admin nightmares associated with meeting compliance. But did he listen? Noooo.

He arrived at his two-surgery practice to find all the staff bar one nurse and a trainee receptionist had left. The two part-time associates had also quit the practice and 12 months on, is STILL looking for one. He found himself having to sort out all the CQC stuff himself (which was left in a mess by the previous practitioner) as well as try and recruit a dentist and qualified nursing staff, in addition to establishing himself as the new dentist with existing patients. 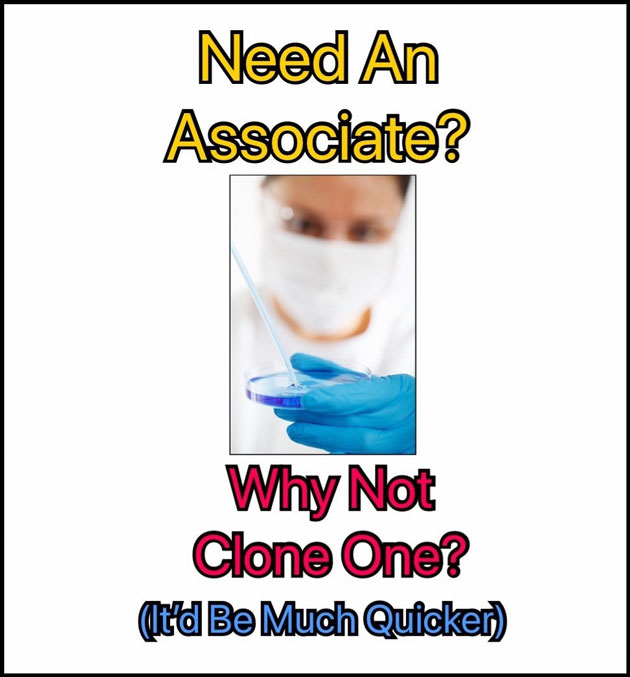 I have to question whether it is actually worth running a practice?

For me, it wasn’t. I didn’t go into practice ownership willingly. Back in the 90’s, I worked as an associate in my dream practice, run by the dentists who inspired me to go into dentistry in the first place. I loved the place and then in about 1992 I went down with a serious illness which was eventually found to be encephalitis. I crashed hard and on ‘recovery’ really struggled to attain any sort of reasonable work-pace. My bosses were under pressure to make the NHS side of the practice work - and since I couldn’t without taking a pay cut, I moved into ownership, taking on a small NHS practice in the rural Midlands.

I hated practice ownership with the same intensity I reserve for ‘Love Island’ and spent probably ten of the nineteen years I had the practice, trying to sell it.

I look at my young friend’s struggles in his new practice and wonder whether he would have been better off without the stresses and strains of running his own place and just being an associate in a cosy little practice, with the help of the right accountant. 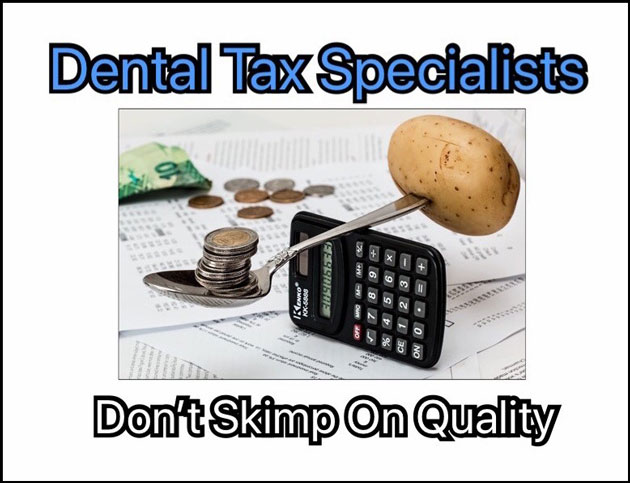 I was never in any doubt that I was better off as an associate, in all respects, compared to being a practice owner. When I sold up and went to the corporate as an associate, it was like a liberation - much like I would imagine that since of freedom which greets EasyJet cabin crew disembarking rowdy British stag-party’s at Prague Airport.

I admit, that staff problems were not really a problem for me as a practice owner, but I was lucky. I had only one staff member change in 19 years, my nurses being both devoted and faithful in a wet-nosed Staffordshire Bull Terrier sort of way. Fiercely loyal and protective, unless you didn’t buy them a doughnut every working day at 11.00am precisely. In contrast, I’ve known dentists who have had enormous staff problems - from having to regularly discipline disruptive member of staff, to having to deal with chronic absenteeism.

And don’t talk to me about dealing with stroppy associates. I worked with them as a principal AND I was one.

When the dreaded CQC and its insatiable desire for policies came in, I became desperate to sell my practice. I had no nurses who felt capable of helping with preparing policies (this was before online ‘policies’ became ubiquitous and freely available) and my practice manager was non-clinical, so drafting the paperwork to satisfy the CQC was purely down to me. I spent probably 18 months, drafting stuff off the top of my head and somehow, getting away with it. As an associate, particularly in a corporate, the CQC and General Data Protection Regulations were pretty much an abstract concept that only really affected the faceless corporate elves that drafted the paperwork somewhere in the bleak northwest.

Fair enough, associates may keep more of their earnings, but at the end of the day Brian, they won’t have anything to sell on when they come to the end of their careers. But with the fragility of the NHS contract and the barbaric process they call ‘due diligence,’ are you going to be better off if you DO actually manage to find a buyer who isn’t a vulture?

Having been an associate at the top and tail of my career, with a nearly twenty year chunk of practice ownership sandwiched in between, I know which way I would have preferred my career buttered, and that was just plainly toasted, with a smidgeon of Marmite.

Smashed avocado may have some appeal, but good luck with getting the stains off your newly-ironed shirt.