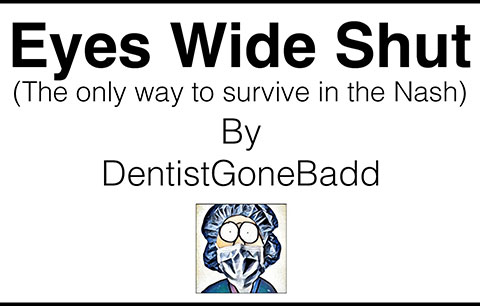 There can be very few dentists who turn patients away because the challenge is too big. Even if they can’t complete treatment themselves, they’ll at least point the patient in the right direction.

I once had a new NHS patient who was extremely frightened by dental treatment and had not attended for many years. When I saw her for an initial examination, her upper and lower anterior teeth were – if there WAS such a thing – grade 9 mobile. The posterior teeth behind the 3’s had all been lost many years before. The mobility was so bad, I was silently praying my nurse didn’t walk too fast in case her slipstream pulled the teeth out.

The patient knew full well that she needed dentures but she was obsessively worried  about losing the teeth before immediate dentures were provided.  I was faced with an enormous problem – how would I take impressions without pulling them out?

The patient was in her early 70’s and was fully ‘Googled-up,’ so she roughly knew the procedures for immediate denture provision and had even watched impression-taking on YouTube.  She had a pretty reasonable idea, as did I, that the teeth wouldn’t stand up to one, let alone two alginate impressions, even if my nurse DID give me a brace  of her occasional ‘sloppy specials.’

I had been recommended to the patient by one of my old faithful patients and so I felt really under pressure to perform.  Making a set of immediate dentures certainly wasn’t beyond me, but this task was going to take magical skills only JK Rowling was capable of dreaming up. Professional pride screamed from the inner recesses, “Just do it, and DON’T pull the ******* teeth out!”

I didn’t do any imps at the exam appointment because I need to think and summon ‘The Force’ in order to formulate a plan.

The next time I saw her, I VERY gently splinted the teeth together using flowable composite followed by filaments of stronger composite. I then used stock trays to take imps of the posterior regions but protected the anteriors by blocking out the undercuts with ribbon wax.

The technician, Dave Dumbledore, made  special trays that fitted pretty much perfectly for the secondary impressions, although for the final imp, I again had to painstakingly re-splint the teeth before doing the deed. I’d also taken the precaution of taking double my usual dose of Immodium, followed by Buscopan chasers, an hour before the patient was due. Not kidding.

Mercifully, I managed to do the secondary impression with only one tooth detaching on one end, and the atrocious abomination of a splint (it wasn’t pretty) was repaired only twice before the fitting.  At one point (she was so pleased with the splint), the lady asked if I could leave it in place and delay the fit until it all fell apart. I didn’t have to discourage that notion verbally – the sadness and despair in my eyes screamed “NOOOOOO” at her.

Now that clinical case in an instance where a practitioner  walked into a situation with eyes wide open. I knew exactly what I was getting into and how badly it could go wrong, but I did it anyway, calculating that the outcome would far outweigh the strife endured on the way. As it happened, the outcome was incredibly satisfying. But things in dentistry don’t always work out that way.

Travelling back in time to 2006, I hadn’t got a clue what I was getting into when asked to sign the new UDA-based NHS contract – and I was a practice owner, albeit a pretty clueless one (exaggerated face-palm emoji). Having said that, I suspect there were very few GDP’s around at that time who realised EXACTLY what was about to happen to them. Those astute practitioners who did, sensibly parachuted out of the system, making a soft landing on private schemes such as Denplan or Practice Plan.

But instead of grabbing a chute and bailing, I was determined to press on, erroneously thinking a new contract must mean ‘new and improved.’ I remember going to a couple of lectures prior to the introduction of the new contract – I think one was at Birmingham Dental School and another was given by my Primary Care Trust.  I came out of both presentations, still not having a clue what was going on.  I was like a rabbit-in-the-headlights that had failed to heed the ‘should’ve gone to Specsavers’ doctrine and had bought a shopsoiled pair from Poundland, dipped in jam.

It took virtually the whole of one lunchtime that week, for my associate to patiently explain to me how the PCT had come up with our contract values and how much I’d have to pay her each month.

Unfortunately, my colleague WASN’T able to satisfactorily explain how 1 filling = 6 fillings, or 1 complex molar root-filling = a simple extraction. But there again, even Albert Einstein himself, bless him, would have failed to figure that one out.

You’re aware of how there used to be dentists around before the pandemic, who would finish their annual allocation of UDA’s a month or two early and then either do work for free or go off to the Cheltenham Gold Cup? Well, that wasn’t me. I can only recall a couple of occasions when I actually hit my target and didn’t have to pay clawback. What was pretty galling is the fact that my earnings (and therefore work rate) for a decade or so before 2006, were pretty consistent and in alignment with the reliability you would expect from an atomic clock.

But there we were. Post-2006, according to the local health people’s bank of super-computers, I’d turned into a right slacker. Hopefully you have never experienced clawback, but it’s hard not to feel resentful and question the morality and ethics of the creators of such a mediaeval and downright evil payment system. Clawback always made me feel wretched and frankly inadequate, despite the fact (I think) I was doing my utmost to provide the best treatment I could for my patients.

So right up to my last day in practice, I was shackled to UDAs and I’ve looked on in alarm as former colleagues have been thrown around like a toy lifeboat on the furious waves caused by COVID-19 and the unrealistic expectations of the NHS. Many have weathered the storm up to now, but quite a few appear to be contemplating jumping ship.

Over the past few months, I’ve seen a number of dentists I follow on Twitter state that they intend handing back their NHS contracts on March 31st, having come to the end of their dental tether. By now, that decision will have been finally made and their intentions conveyed to members of Local Health Boards who will currently  be donning their life-jackets realising they are rapidly running out of dentists to bleed dry via clawback.

The rapid deterioration of  conditions in NHS dentistry and the evil remuneration system will have hopefully opened the eyes of many dentists who are struggling to cope.  There is no hope for a new contract any time soon after the abandonment of prototype practices at the end of 2021, and for NHS dentists, I really can’t see a good outcome even with expensive designer varifocals. It would be really interesting to see official figures on how many practitioners handed back their contracts by April 1st.

In 2006, we all leapt into the unknown knowing that at least we were accompanied by all the other delirious lemmings.

Going into the first quarter of the 2022-23 dental financial year, everyone knows the probable outcome of another year in the Nash.

I wonder how many will still leap into another year in the NHS with hope in their heart, but eyes wide shut? 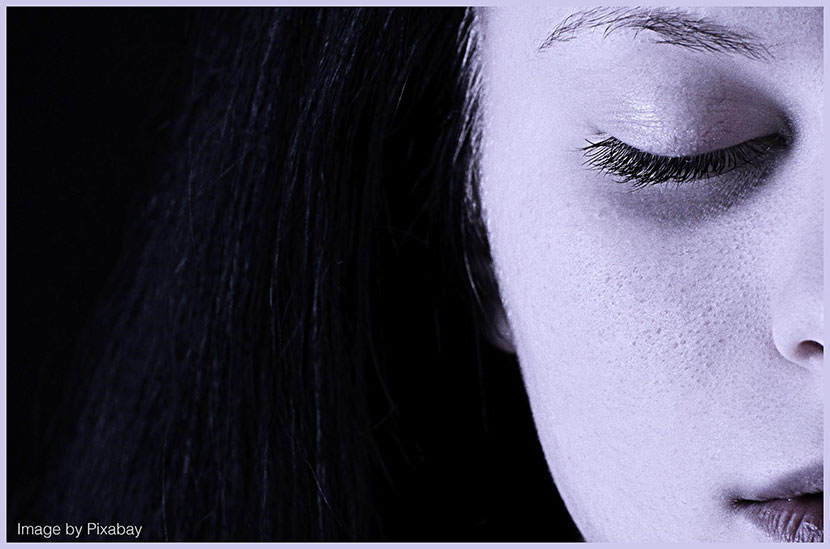 Illegal Whitening - clamp down on the suppliers