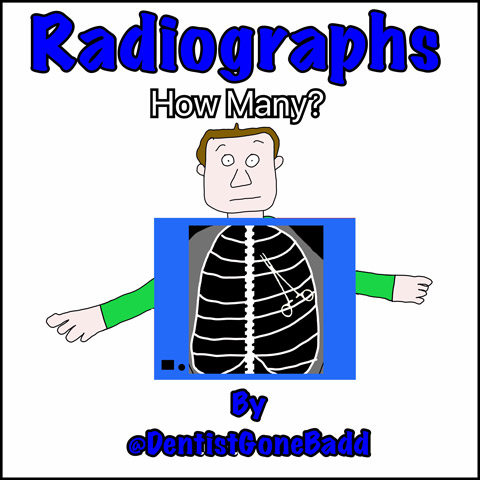 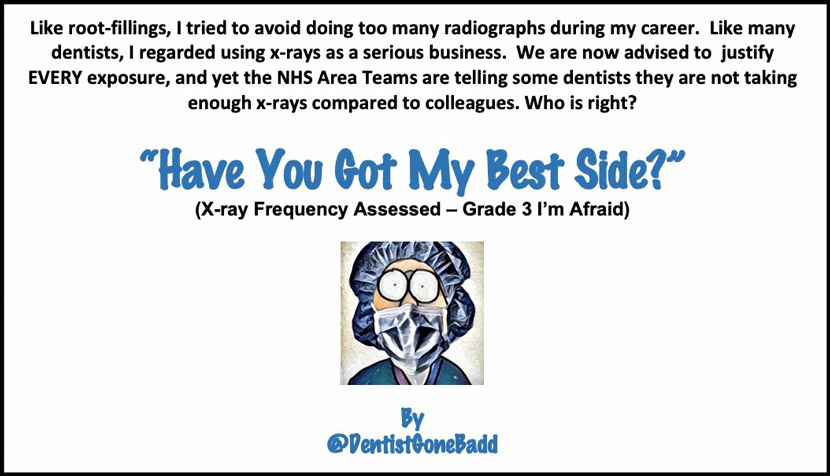 I’ll Take A Few And I’ll Pick The Best

Are YOU Taking Enough X-rays?
By
@DentistGoneBadd

When I was a little boy, they told us we had to have dental x-rays every six months.

At least, they tried to take them. Like every sensitive child, I used to puke on the bite wings. I still do as a matter-of-fact.

When I was a slightly bigger boy and first attended dental school in the early 80’s, they still told us to take bitewings six-monthly. This was perfectly ok apparently, provided you used a big heavy lead bib to stop the patient running away.

I was thinking how times have changed and how much more sophisticated we have become with regard to radiograph frequency, until I realised recently that not everyone has taken on board the message that you should keep radiation exposure ‘as low as reasonably achievable’ (ALARA). 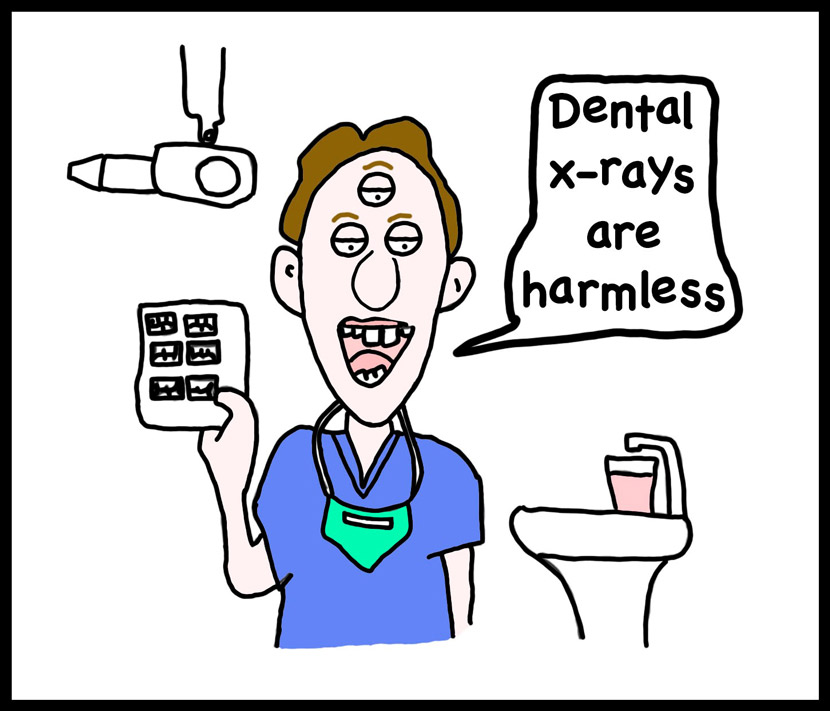 Dental radiographs are invaluable as we all know. Like a squished hand trapped down the back of the sofa which finds small change to pay the window cleaner, dental radiographs can root out nasties growing in inaccessible and ‘invisible’ places your big spiky probe and dodgy eyesight couldn’t possibly hope to find.

But as we all know; x-rays aren’t absolutely free from risk. “Oops, where did that electron go? I’m sure it was attached to that nucleotide.” EVERY time an x-ray is taken, it carries a risk of cell damage. I’m sure someone will challenge this, but I don’t care. People come up with arguments like: “Every time you go in an aircraft or sit in the sun you get 33 MegaSkunks of radiation,” or, every time you eat Brazil nuts or avocados you get 15 GigaSquirts of radiation blah blah blah.” 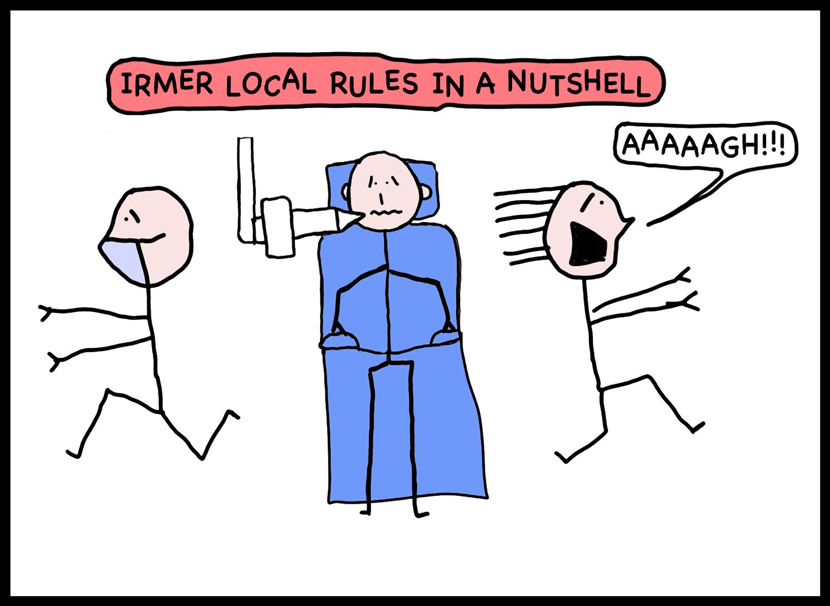 Let me repeat the above. EVERY time an x-ray is taken, it carries a risk of cell damage to the recipient. If it didn’t, why do male dentists run out the room during an exposure like their backsides were on fire, clutching their nadgers?

Radiation is inherently dangerous (See Donald Trump – ‘Little Rocket Man’ remark) and that is why the whole business of radiography is so closely monitored and regulated. It’s why you have to draw diagrams of your surgery layout and direction of x-ray beams to ensure you aren’t inadvertently blasting whining patient in the waiting room or the nurse who is sneaking one of your chocolate Hobnobs in the kitchen that she found in that special place you thought nobody knew about. It’s why dental nurses can’t even press the exposure control button unless they have been on a course and why it’s mandatory for clinicians to sit an IRMER course every five years.

So why are dental practitioners being taken to task by NHS Area Teams nationwide, for not taking ‘enough’ x-rays?

Why are dental practitioners under threat of clawback because they haven’t taken as many x-rays as Dr Average down the road?

Seriously. The NHS dental service seems to be obsessed with statistics these days and if you fall outside rigid percentiles for various forms of treatment, you can find yourself landed with a damning DAF Report (Dental Assurance Framework) that accuses you of doing too many extractions, too many inlays, too few extractions or too few inlays. The Area Teams even accuse practitioners of doing too few fissure sealants despite the fact that they are very technique sensitive and practitioners are slapping on bucket loads of fluoride varnish instead. 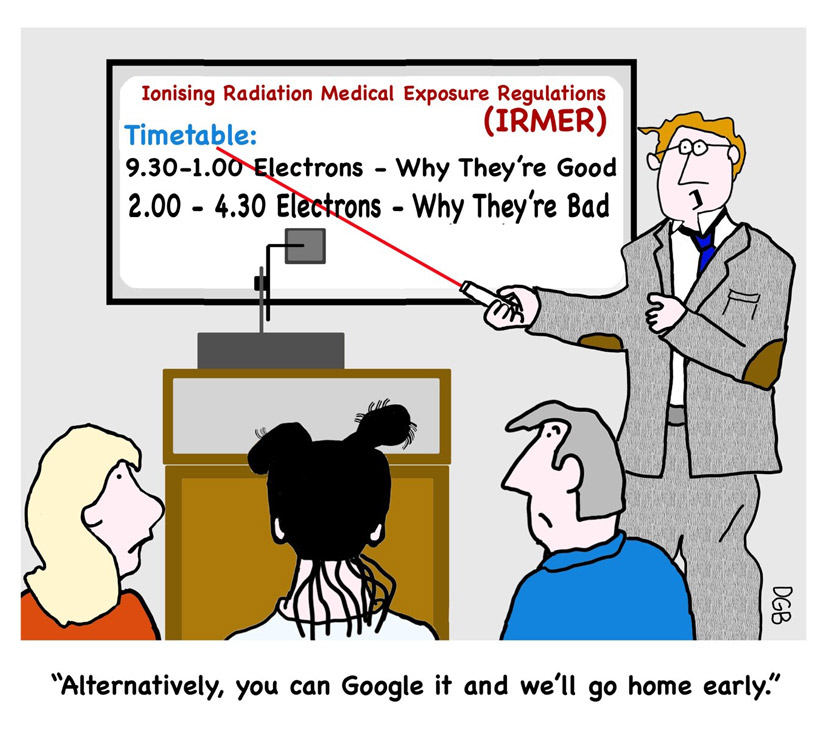 The reason I’m blathering on about this is that I have heard recently that there are dentists who are still being targeted by NHS Area Teams for “not taking enough x-rays.”

I will declare my personal involvement in this. Just before I retired, I too was accused of not taking enough x-rays. To put it into perspective, I had been in the practice for a few years and had a relatively stable patient base. I can’t honestly say I didn’t miss any caries, but I don’t think I made too many boobies over the years. On the other hand, a few years ago when I was in a practice starting a new list of patients who had been abandoned due to the closure of a local practice, I was accused of taking too many radiographs. 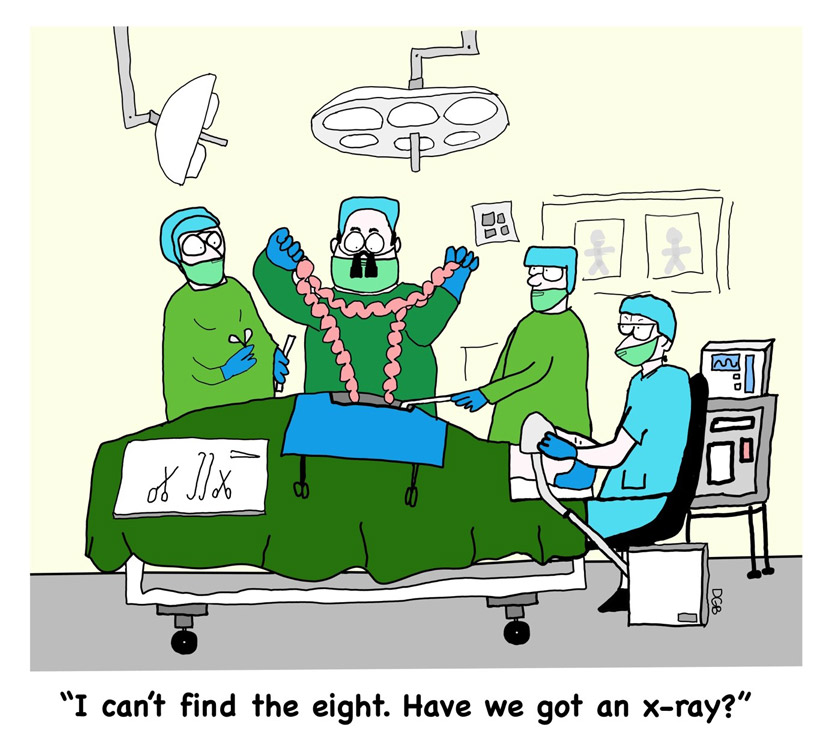 If I hadn’t recently given away my copy of Selection Criteria For Dental Radiography  to a very thorough young colleague who was worried about her practice after being accused of taking too many/not enough x-rays, I’d quote it – but it was my understanding that we took x-rays based on disease risk and the need for investigation that is not possible by any other means.

It was my understanding that there was no hard and fast rule with regard to the ideal frequency of bitewing radiographs and it was based on the clinician’s assessment of a patient’s  oral hygiene, diet and history of  caries or periodontal disease.

So why are Area Teams acting on the figures from NHS statisticians and demanding that their contractors carry out radiographic examinations without any reference to the potential risks to the patients?  And having experienced it personally, I can assure you that the Teams are getting quite heavy about it, despite the argument that dentists present,  namely, that increased exposures purely on the basis that you aren’t taking as many x-rays as Joe Soap, are unjustified.

This was genuinely relayed to me by a practice manager. I can’t remember the exact figures:

“You saw 280 patients in the past fortnight. You should have taken x-rays on at least 60% of them.” 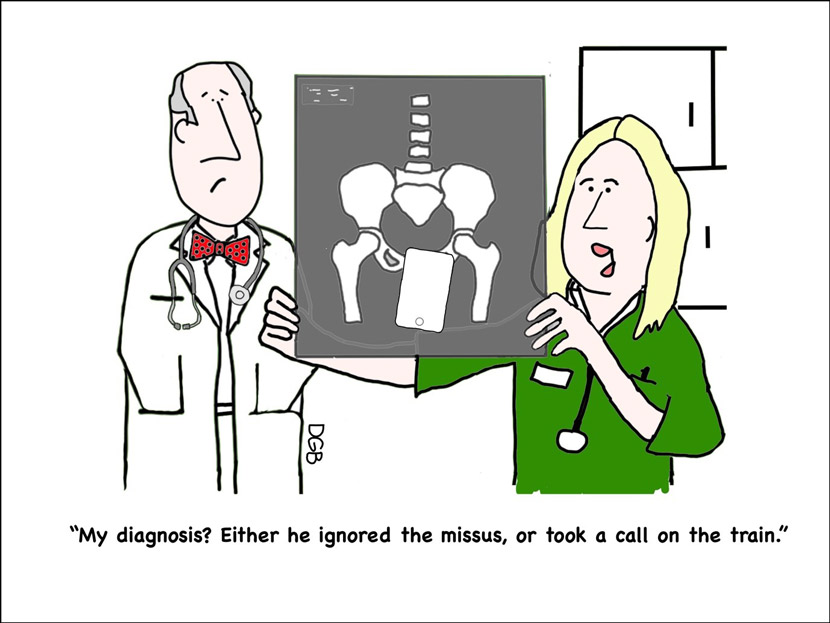 And these demands by the NHS Teams are completely conflicted with the guidelines on dental x-rays. These  state that the justification for every exposure has to be recorded as well as the results noted. We also have to grade the x-rays in order to be able to identify the source of errors so that we can avoid them next time and thus reduce the need for re-exposure. This is a vast improvement on the good old days when we used to write “2 BW’s,”

MAYBE adding, if you were REALLY conscientious, “NAD.”

Now it MAY be that the reasoning behind this clampdown is because of the fear of litigation and the desire to have as many clinical records at hand in case our friends up North get their mitts on a slightly miffed patient. But I feel this is no justification for increasing serious risks to patients, no matter how minimal the risk from our modern equipment is deemed to be.

It’s Easter Monday. The sun is shining. I’m going to sit out in the garden with my Brazil nut and avocado toast for lunch. Ooh look. There’s a plane.