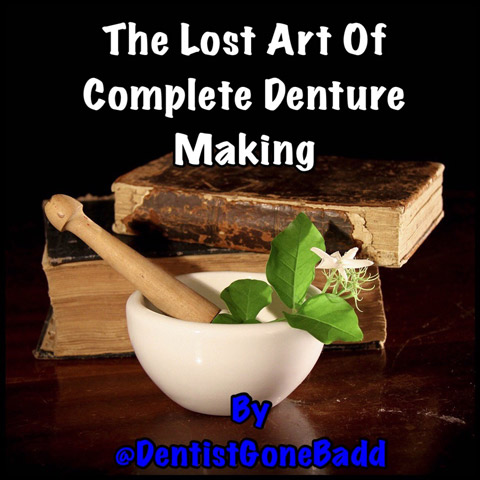 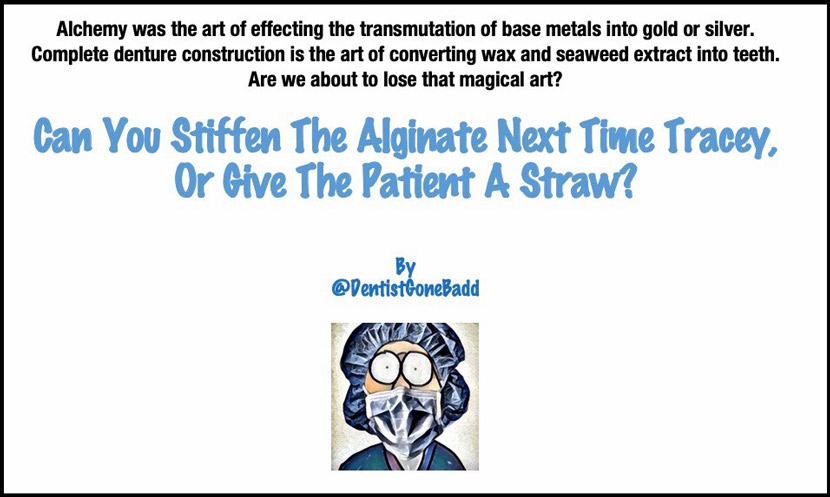 Defying Gravity – The Dying Art Of Denture Making
By
@DentistGoneBadd

A few days ago, I met a former patient while on a dog walk. The patient lives in my village and he is one of the few patients I see out and about that I don’t throw myself into a thorny blackberry bush as soon as I spot him as a response. 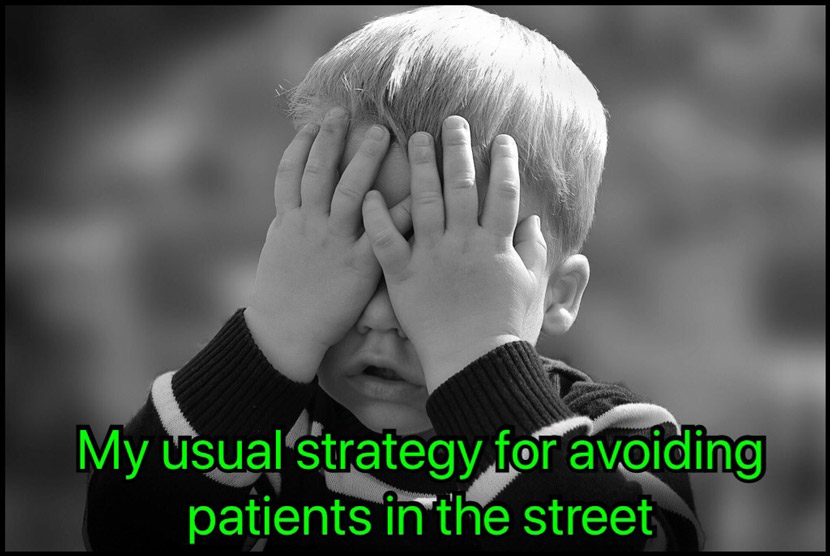 The reason for that is that he is a happy patient. I did him a set of full dentures about a decade ago. Yes. Ten years ago and I never had any reason to persuade him to renew them. Like Trump being ‘totally exonerated’ by the Mueller report – I took the win. 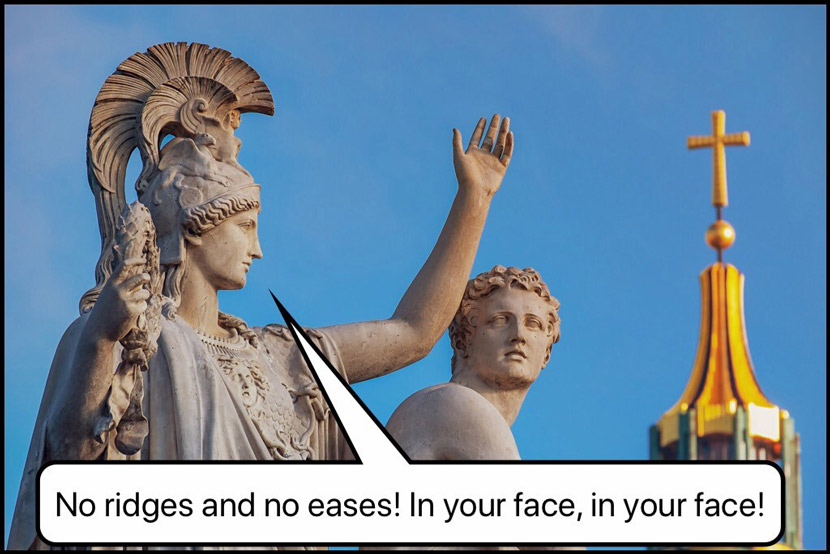 But on the latest meeting – it’s accepted that my dogs don’t like his cocky cocker spaniel – John (‘tis not his name) was having problems with my masterpieces. The lower denture had become loose and sore and his attempt to get a couple of local NHS practices to make him a new set had failed. Both practices had offered to “Bugger about with them to try and make them fit better,” but neither said they could make him new dentures. “We don’t do them any more” was apparently the response to his request. John of course asked me for my advice on where to go to get new dentures. I hadn’t a clue. 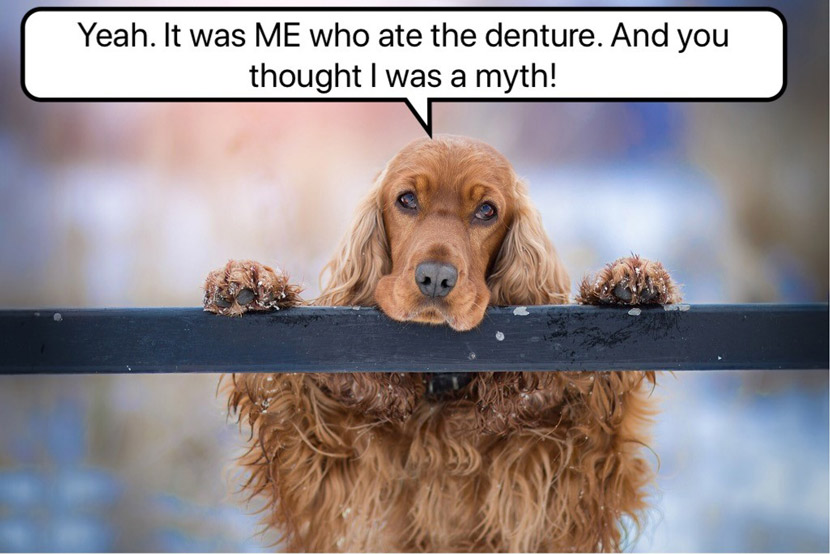 Over the years I have seen a steady decline in the numbers of colleagues and local dentists willing to take on full denture patients. I’m not quite sure there is one main reason for that. As usual in anything vaguely related to general dentistry, the reasons will be multifactorial. The cost of laboratory fees is one of the factors often cited in contributing to the decline in practices offering full dentures but I’ve found that quite a few of the younger dentists I have worked in the corporates over the past few years have barely been taught anything about full dentures. One young graduate told me that she only made one set of full-fulls over her whole dental degree course and I have reason not to doubt her - I ended up remaking the only denture she made while she was at the practice. John reported that at one practice he was told that the principal dentist only did private dentures and the other dentists “Don’t know how to do them.” At my dental school we had to do a dozen full-fulls before we were allowed to sit finals and one of those had to be constructed by the candidates themselves, packing flasks and all. 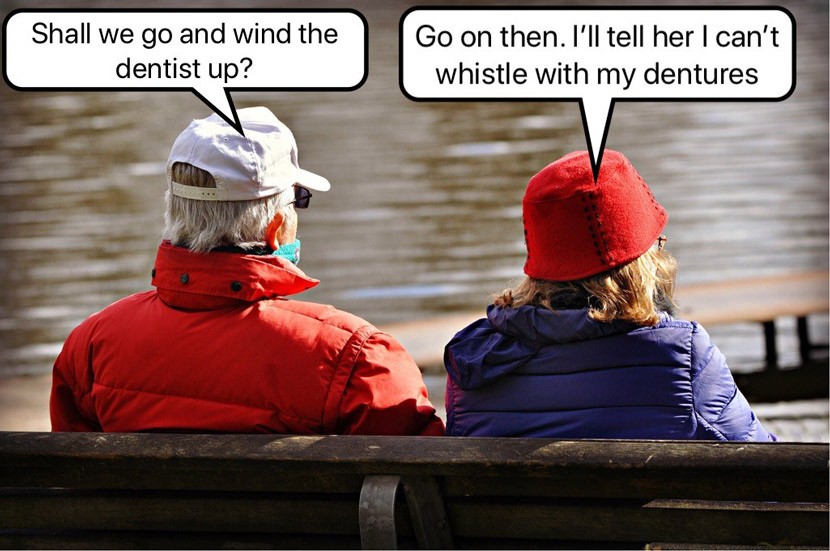 I am assuming that because of the reduction in the numbers of patients being rendered edentulous over the past three decades because we’re brilliant at saving teeth, the need for the teaching of full denture construction is near redundant. Notice hasn’t been given totally on the teaching of traditional removable complete prosthetics, but it’s currently on a zero hours contract. Most of the fresh graduates I’ve met have known what a sinus lift is and are conversant with the principles behind implant-borne prostheses, but as far as providing good old fashioned removable full dentures are concerned, you may as well ask them to travel to Middle Earth and bring back ‘The One Ring.’ I have no idea what a sinus lift is or how it’s done. All I know is that it all sounds a bit squelchy. 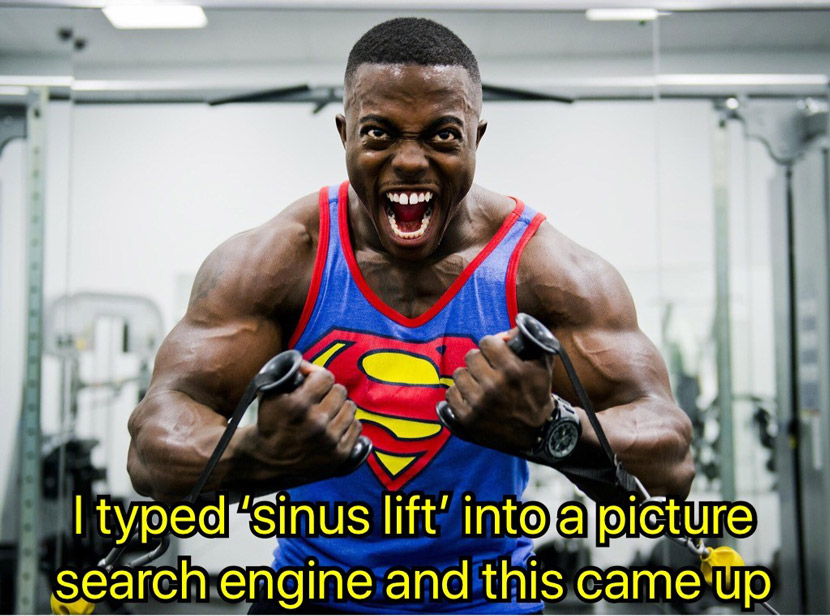 And I talk from bitter experience at the reduction in denture-making new graduates receive, since myself and the other old bloke in the last practice I worked in, ended up remaking a number of dentures made by young colleagues to head off potential complaints and denture-induced hyperplasia.

Apart from the fact that new graduates don’t appear to receive the level of removable prosthetics experience that older dentists did, they are probably wise to avoid them anyway. Many denture patients we see nowadays, having been rendered edentulous in the 50’s 60’s and 70’s, have ridges so flat, you could use them as a contour map for an Olympic ice-hockey rink. But the fact remains that while the edentulous arch exists, the art of complete denture-making is still required, although to me it still seems to me to be based in the realms of alchemy. I mean, how DOES a denture stay stable when someone is chewing a bag of whelks? And the answer isn’t always implants. The majority of hopeless full denture patients I have seen over the years have steadfastly refused referral for implants even if cost wasn’t a factor. A lot of elderly patients baulk at the idea of having ‘screws’ put in their jaws “Like the bloke in the bond movie….what was his name? Jaws.” 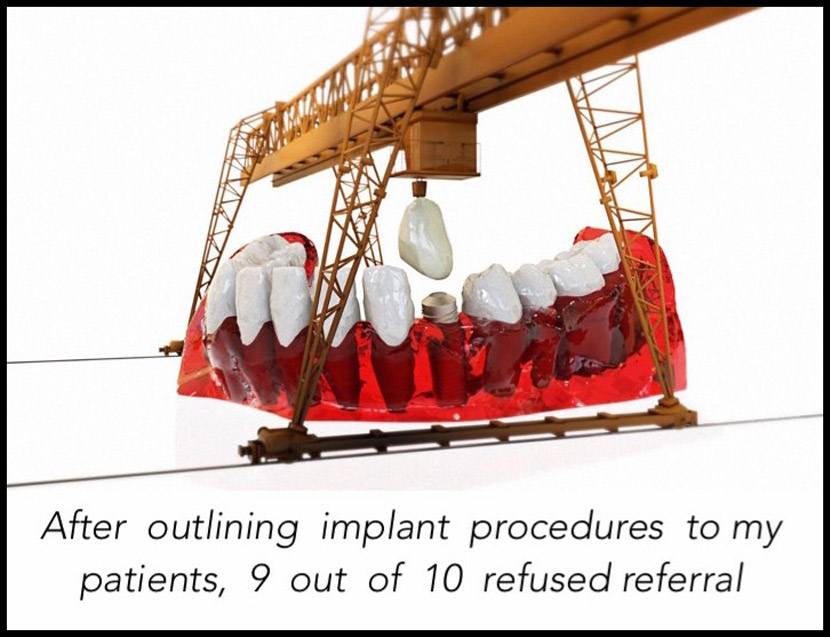 The problem is that a lot of the dentists who have had a thorough grounding in full denture construction are either coming up to retirement or are about to meet the grim reaper (and I don’t mean the bloke down the Area NHS Team who adds up the clawback). The only hope is that as the denture competent dentists dwindle, the patients who really need their services also decline at exactly the same rate. 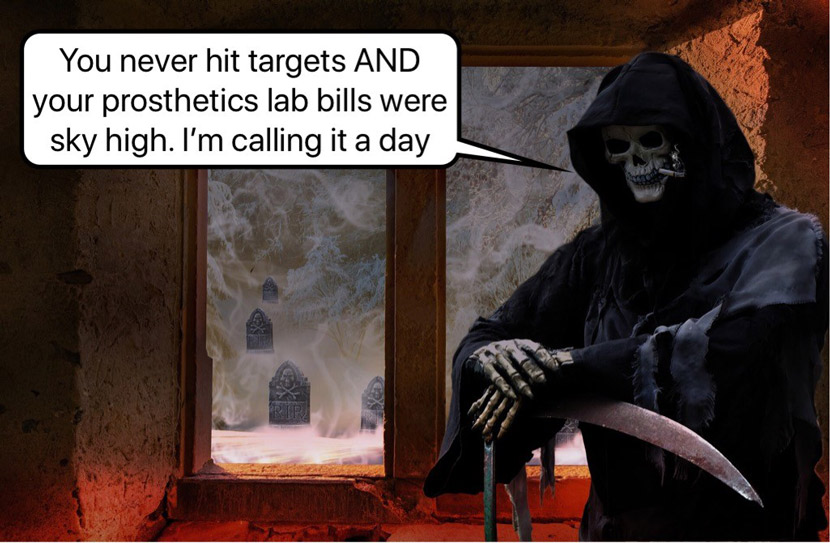 I keep hearing that the teaching of amalgam placement is to fizzle out completely in a few short years – this is a good thing in my opinion. But fairly soon I can see denture construction going the same way. We still need the old basics taught. Don’t forget, the Americans forgot how to get men to the moon.

I hope John gets his dentures made before then, AND he does something about calming his cocker.