Dentistry – are there more opportunities in dentistry than ever before? 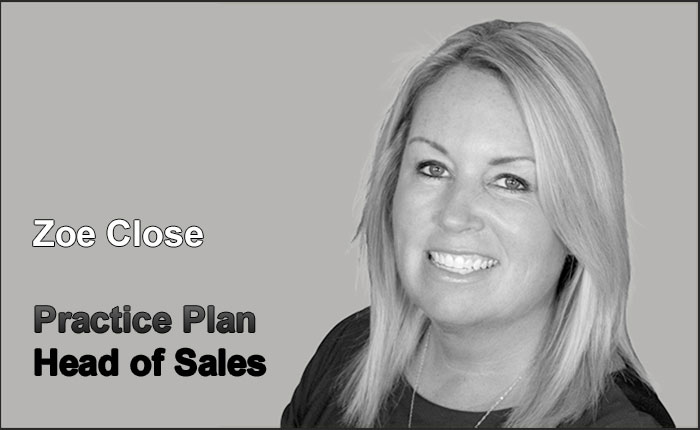 Practice Plan Sales Manager, Zoe Close suggests that, contrary to popular opinion, we may be entering a time of great opportunity for dentistry.

It may well seem as if we’re living in apocalyptic times with war on the continent of Europe, galloping inflation and soaring energy bills, however, as they say ‘it’s an ill wind that blows no good’. Despite the seemingly unrelenting gloom of these times, this just may be a brilliant time to be a dentist.

Really? Yes! Right now, demand for dentistry is at an all-time high, fuelled by a number of factors. Brexit reduced the numbers of overseas dentists and dental care workers able (and wanting) to work in Britain, resulting in fewer practitioners. This means there are fewer dentists around to serve the needs of patients, so demand is outstripping supply. Whilst that is not great for patients, it puts dentists in a healthy position. So, whether you’re in a mixed NHS or private practice there are plenty of opportunities out there.

Spending all those hours on Zoom calls during our various lockdowns meant lots of us were confronted with an image of how others see us and quite a few people felt there was room for improvement. This, along with some other factors such as selfies and social media, has helped boost a desire for the perfect smile and an increase in the popularity of cosmetic dentistry.

As a nation, Americans have always regarded us as having ‘bad teeth’. However, with globalisation and the subtle creep of US culture into our society, more young people are looking to improve the appearance of their teeth and get the All-American look. Also, recent campaigns to raise awareness of the potential pitfalls of ‘Turkey teeth’ could encourage more people to stay in the UK for their cosmetic procedures.

I am not about to ignore the big elephant in the room – NHS dentistry. Most dentists enter the profession to care for people. For many, that’s their primary reason for coming to work. Many also have a great ideological commitment to the concept of the NHS. However, very few people would dispute that, for many years, NHS dentistry has been underfunded by the government. While Wales, Scotland and Northern Ireland might fare a little better than England, NHS dentistry across the UK is still underfunded, despite the recent announcement by NHS England on contract reform.

The restrictions of the pandemic gave many NHS dentists a vision of a better work/life balance and so they chose to give back their contracts and convert to private practice. And who can blame them?

They’re now in a position where they need to see fewer patients each day to make a living and can spend the time needed with each of them to make sure their needs are met.

Many of them have expressed feelings of guilt about leaving the NHS but, in my view, those feelings are misplaced. As a dentist, it is not their responsibility to solve the NHS dental crisis, it’s the government’s. Dentists didn’t create the problems of NHS dentistry; they are down to chronic underfunding and a payment system that discourages preventative action. Continuing to work in a system that is harming their health and wealth is not going to fix it, so many have chosen to save themselves and have found that there is life outside the NHS.

It seems to me the government has relied on fear to keep dentists within the NHS. Before the pandemic many dentists were afraid they wouldn’t have enough patients to sustain their practice if they left and went private. Post-pandemic, more and more of them are coming to see that this is just not the case and are making the choice to convert to private treatment and making a success of things. Even practices that, pre-pandemic would have been advised against handing back their NHS contracts are now thriving as private practices. In a recent survey of dental professionals on the future of dentistry that we sponsored, those surveyed believe that in five years’ time only 34% of treatments will be carried out through NHS dentistry*.

With so many practices thriving after leaving the NHS, the fear of failure is lessening. Staying in the NHS can now be, as it always should have been, a positive choice and not one motivated by a lack of confidence in the future as a private practice.

With the astronomical rise in the cost of living, it’s understandable some might feel nervous about leaving the security of an NHS contract behind fearing people will not be prepared to pay for their dental healthcare. However, with the shortage of NHS dentists and the backlog of appointments that built up over lockdown, there are sufficient patients eager to have treatment and who are prepared to invest in their oral health to sustain a healthy business.

Four out of five respondents to the Future of Dentistry Survey mentioned above believe NHS services will be reduced overall – either to emergency treatment, children and vulnerable groups or to a limited range of treatments that remain accessible to all patients, meaning more patients will need to seek private care.

To draw a parallel with the 2008 crash, very few private dentists saw many patients cancelling Direct Debits for their membership plans. It seemed that the plan was something that had already been factored in as part of their household budget and not something to be cut.

We’re seeing similar attitudes being displayed now. A practice in an area that, pre-COVID would not have been an obvious candidate for a private practice, has made the transition to private and is now, seemingly against the odds, thriving. Despite the local demographic consisting of a large number of relatively poorly paid people, there has been no shortage of residents prepared to prioritise their oral health.

In short, whether you want your practice to be wholly NHS, completely private or mixed, you are in control of the choice. And for this reason alone, this really is a great time to be in dentistry.

*Survey had 361 respondents consisting of 301 dentists and 57 support staff. The survey was conducted between 13th May and 17th June 2022.

Zoe Close is Head of Sales at Practice Plan, the leading provider of practice-branded dental plans. Zoe has 35 years’ experience in the dental sector, including managing independent and corporate practices and supporting dentists through a transition from NHS to private care.

If you’re considering your options away from the NHS and are looking for a provider who will hold your hand through the process whilst moving at a pace that’s right for you, why not start the conversation with Practice Plan on 01691 684165, or book your one-to-one NHS to private call today: practiceplan.co.uk/nhsvirtual