GDC And The ‘Dark Arts' - In Depth 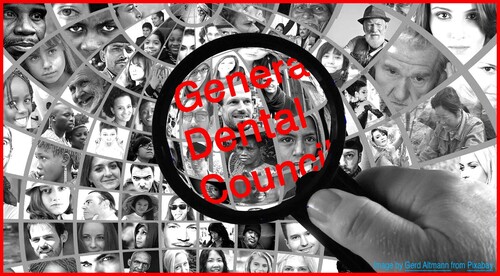 Details have emerged that when the General Dental Council recently admitted acting unlawfully in undertaking an under-guise operation against a registrant, they obtained the investigation material unlawfully.

It was also revealed that the GDC were investigating a complaint regarding whether the clinical dental technician under scrutiny was registered, not a complaint about his scope of practice.

As reported by GDPUK earlier, the GDC admitted acting unlawfully, through a declaration sealed by the High Court, when they paid damages to an unnamed clinical dental technician (known as Mr A) after private investigators acting for the GDC presented the registrant  with an ‘entirely contrived scenario.’

Len Biddle, an associate at BLM Law who was instructed by Dental Protection to recover legal costs  from the GDC  wrote on the BLM website  that the scenario involved  a “Fictitious elderly relative designed to invoke an emotional response and entrap a registrant to do something against their better judgment on compassionate grounds.”

One startling statement from Mr Biddle was that  “The initial complaint related to whether Mr A was working without being registered with the GDC, not in any way relating to his scope of practice.”

Mr Biddle said “The GDC fervently pursued the registrant through its fitness to practise procedures but a Preliminary Meeting of the GDC’s Professional Conduct Committee granted a stay of proceedings on the grounds of abuse of process, finding that “there was no proper basis for reasonable suspicion of a commission of a regulatory breach which warranted the use of an under-guise investigation.”

He added “This resulted in an entirely inappropriate invasion of Mr A’s professional workplace, where “the scenario presented by the investigators to [Mr A] went beyond providing him with an unexceptional opportunity and amounted to inciting him to indicate that he may be prepared to act outside his scope of practice.”

Mr Biddle said “BLM, instructed by Dental Protection and Mr A, commenced pre-action litigation against the GDC under data protection legislation and the Human Rights Act 1998 arising from the distress suffered by Mr A as a result of the GDC failing to comply with its duty as “data controllers” to ensure that personal data is not unlawfully processed.”

It was found that “The investigation material, including sensitive personal data and special category data consisting of information as to the alleged commission of a regulatory offence, had been unlawfully obtained and then unlawfully processed and disseminated at each stage of the GDC investigation) and in violation of his rights under Article 8 of the European Convention on Human Rights (an unlawful invasion of Mr A’s privacy in relation to his data and trespass into his home and place of work).”

“The GDC settled the case paying damages to Mr A as well as a declaration sealed by the High Court stating, “It is declared that the General Dental Council acted unlawfully in undertaking an under-guise operation without reasonable justification, in breach of [Mr A]’s Article 8 right under the European Convention on Human Rights, and the Data Protection Act 1998 and Data Protection Act 2018”.

The GDC also agreed to pay in full the legal costs incurred by Dental Protection.

Mr Biddle said “It is difficult to overstate the significance of this case. Throughout the life of this investigation, the GDC maintained that it was lawful to use under-guise investigators in respect of Mr A and was entitled to refer the matter first to the Case Examiners and then to the Professional Conduct Committee, despite the repeated objections raised.

“This unwavering approach served to prolong the duration of the investigation and the continued processing of Mr A’s data which the GDC has since conceded had no lawful justification.”

He continued “This case offers some hope to those registrants who have been the subject of an unfair investigation by the GDC, or indeed any healthcare regulator, wrongly brought on improper procedural grounds or without proper justification. The opportunity to challenge a regulator and seek damages for inappropriately commencing an investigation has long been discussed but, to our knowledge, has never before been achieved.”

“Although each case is fact specific and may not raise similar issues to those in Mr A’s case, the ever-increasing public focus on whether data has been obtained and lawfully processed is likely to be a common feature in any case where a regulatory investigation has commenced inappropriately.”

“Serious consideration must now be given in the context of data protection legislation whenever a regulator has commenced an investigation bearing no resemblance to the initial complaint.”

Mr Biddle said “It therefore appears that the GDC, the General Chiropractic Council and the General Optical Council are the only healthcare regulators to consider the instruction of under-guise investigators to be an appropriate use of registration fees.”

The very fact that the other healthcare regulators have been quick to distance themselves from this practice is startling and may perhaps prompt further debate about whether it is ever appropriate for a regulator to invade a registrant’s home or place of work under false pretences.”

“As we have discovered from Mr A, the line between observing and enticing an illicit act is very fine and should, at the very least, be cause for concern to the Professional Standards Authority tasked with overseeing the performance of UK healthcare regulators.”

BLM sent Freedom of Information requests to all the other healthcare regulators to gauge their use of undercover investigations. The law firm had previously blogged in 2019 about the regulator in an article entitled “The Dark Arts Of The GDC: Covert Investigations and Entrapment in Healthcare Regulation.

BLM’s outline of the original case can be found here https://www.blmlaw.com/news/the-dark-arts-of-the-general-dental-council