All that's new in the world of dentistry
MAR
01
2 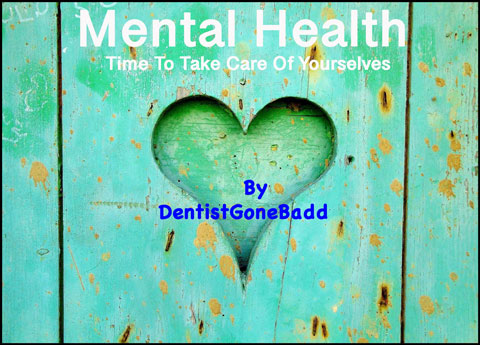 Before I retired, I naively anticipated that the day after my last clinic, all my anxiety would melt away, like the Cadbury’s Flake I found under the spare wheel of my car the other day.When I fantasised about reaching my retirement, I pictured myself floating on air, with not a care in the world, other than trying to figure out which colour bin to put out on a Monday night. Earlier this week, I finished therapy.

What an honest and riveting es...

I am 2 days into semi retirement and can certainly identify. So very well written. Bravo.
Tuesday, 02 March 2021 18:14
Ian M Redfearn 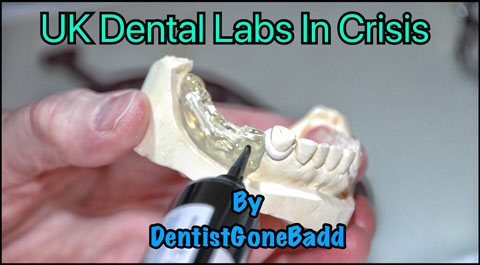 This is not a plug for my friend’s laboratory. This an unashamed plug for UK dental laboratories. Because if we don’t support them in some way or another NOW, there won’t be any UK dental technicians left to complain about your lab tills to. 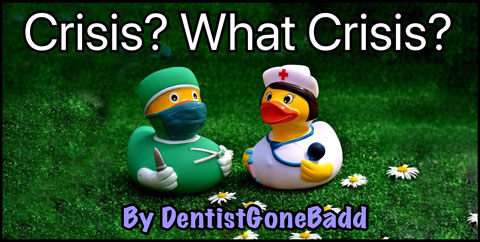 Don't Panic! - You can handle the latest crisis...can't you? 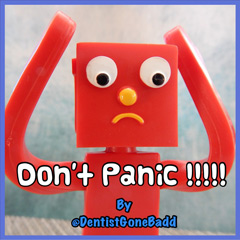 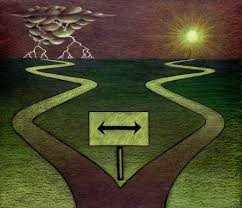 Nearly all men can stand adversity, but if you want to test a man's character, give him power.
Abraham Lincoln

Ok its crunch week, and the quote I have used here seems apposite to the issues at stake in Wimpole Street this Friday, 21st Febrary.

The Probe carries its coverage of the Big Lie discussions which carry on from  Dr Kilcoyne’s leading campaign . The letter in the Daily Telegraph stirred the waters.

The effect of The Probe is to relight the fires of this burning issue in a very welcome manner. The consistent spin of the official replies is becoming eye crossing.

There is general worry that the tripartite comfy zone that is the table around which the BDA, the DH and NHS England sit is looking increasingly as though it is actually a defensive set up to protect their interests, at the cost the care of the patient by dentists.

And so this Friday, as BDA Members YOU have a chance to make YOUR voice heard.

If you cannot attend this EGM, please ensure you vote by proxy. Crack on now because it is a carefully defined legally binding process.  You cannot just phone a mate the day before.

Now is the chance to fire up your Representative Association.  Put a rocket up their collective arses if you will.

There will not be a second chance before Contract Reform hits you between the eyes.

It is a well worn quote of Napoleon Hill, but still, it applies.

“Whatever you want, oh discontented man, step up, pay the price – and take it.”

Good luck to our illustrious and historic Profession – it is not too dramatic to say that a large part of the future of the present generation of GDPs hangs on what happens this Friday.

Tales of the unexpected … 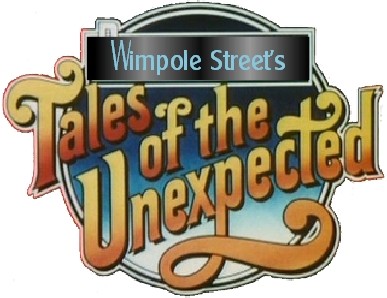 You know that change I mentioned last time  which is now is well and truly upon us ?  And to all you menopausal old geezer and gals, that is not what I refer to!

The green shoots of spring have begun their turn toward autumnal decay.  The nights draw in and so the darkness of Winter is approaching. There is a mistiness in the air. A murky shadow in the developing gloom. As the last light of the sun flickers, the web glitters with the silky net, ready to capture any unsuspecting prey.

The 9-legged predator that is GDC Standards has landed amongst us. But this is but a side story of evening reading material. Let me put that to one side as a “must” read !  The REAL story lies further down the street where the growing conditions are notably worse.

And so it is the case that The BDA departed the early part of 2013 brimming with the green shoots of optimism that a new era was beginning. Strategic Plans and New Membership structures had been planted seeded and watered. Sods of change had been ceremonially and publicly turned. The sun shone , it must have seemed, permanently upon the righteous, hereinafter known as The PEC Men.

The year appears to be closing with the gloom of the unexpected. There has been a withering of such promised growth. This tale of dento-horticultural disaster is only emerging under the spotlight that is networking via GDP UK.  Were it not for such a group, you could cheerfully read the musings of the Chief Executive and believe that not only is everything green that is growing, but also that the Indian summer of new membership has produced some fine blossom, thank you.

In a perverse way, sometimes it takes a shock to resuscitate a dead body. One must hope that there is a defibrillating effect upon the Wimpole Street cognoscenti of the truth that is multiple redundancies and a major drop of in income, allied to an urgent need to realign the BDA business model. That’s shrink and contract to you and me.

Let’s just hope that the Dept of Health does not see the BDA’s 15% budget cut as leading the way forwards for the 2015 contract values.

The upcoming BDTA Show in Birmingham is cause for professional celebration of the industry that supports our work. Now that’s planting a positive idea, people.  Go spend the £200 you saved on your BDA membership on some decent kit.

Perhaps this time, there might also be an opportunity to disseminate news and discussion about the BDA on a wider basis.  If you are going, why not use your visit to drop by the GDP UK stand and catch up with the facts, and failing that have a good old gossip anyway. You won’t get much out of the BDA if current events are anything to go by! And make the most of it – who know what will happen to the Conference next year?

This tale of the unexpected may be the birth of a "new" BDA. At the very least we should hope that the BDA is "Renewed".

Let us all hope one shock is enough.

Now ... must check that list of my subscriptions for next year ...