All that's new in the world of dentistry
AUG
12
0 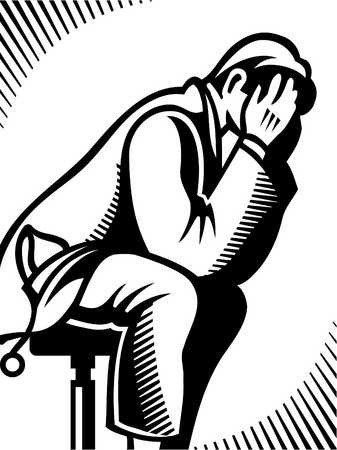 I wrote a piece for Dentistry magazine earlier this year about the new Chief Dental Officer who at the time was busy on a “fact-finding” tour of her new territory. Sara Hurley’s tour was without doubt planned as a charm offensive, featuring smiling photographs with some of the movers and shakers of British dentistry. When she made an appearance at the BDA conference in Manchester her ad-lib question and answer session on the BDA stand was very successful and she came across as personable, reasonable and eloquent. “Good”, I thought, “here’s someone who wants to make friends”.

After more than a decade of her successor, Barry Cockcroft, who could not be described as any one of personable, reasonable or eloquent she seemed a breath of fresh air. But, let’s face it, the bar wasn’t set very high.

In my article I reminisced about CDOs I had encountered, I would not claim to have known any of them. I encountered Brian Mouatt when I was doing the MGDS pre-exam course just after the Conservative government announced a new dental contract, which was intended to “sort out NHS dentistry for good”.

He gave a talk on the new contract and promised that he would answer our concerns when he had finished. However having completed his prepared address he muttered something about having a previous engagement and headed for the door, our angry comments and questions ringing in his ear.

I only knew Margaret Seward because she was married to my first boss, Professor Gordon Seward, she was in post for two years and presumably wasn’t able to leave much of a mark on things, people I have met who worked with her spoke highly of her.

The other CDO I met was of course the previously mentioned Dr Cockcroft who was the highly visible mouthpiece for the iniquitous UDA system and became the exception after a line of low profile CDOs.

In view of Dr Hurley’s ease with people and obviously understanding the need for good PR I was surprised to hear that the new CDO had been far too busy to answer questions on Channel 4 in the wake of their damning reports on UK dentistry. If an NHS dentist was similarly booked solid for 6 months it would be mismanagement.

There was something that kept nagging at me and that was the somewhat cynical conclusion we reached after Brian Mouatt’s sudden departure. The CDO is a civil servant and is there to do the government’s bidding. The current incumbent has spent her professional life in the services reaching a high rank, she knows all about chain of command and is used to taking orders.

Her announcement this week at an NHS Expo (whatever that may be) that, “Going to the dentist every six months is unnecessary,” as the Daily Telegraph reported it, only undermines the position of Dentistry.  The other statements attributed to her are more “austerity” fuelled DoH propaganda.

"You don't see your GP every six months so why would you see your dentist?” Dr Hurley said. Well, Sara that is because NHS medicine is an illness driven system that is reactive and gives only lip service to prevention.

“If you go to have your car MOT, and he says, come back in six months, do you blindly adhere to that advice?” Actually Sarah if I’m driving one and a half tons of complicated machinery that I want to be safe yes I do. What does the army do about recalling tanks for servicing at the correct intervals? I would suggest that if you do them “blindly” someone could find themselves being disciplined.

She was joined on the platform by Roy Lilley who described dentistry as  “a rich man’s hobby” as a regular reader of Mr Lilley I know him to be anti-medic, and by extension dentist, who thinks that every ill in medicine can be cured with a “cuppa builder’s and a hobnob”. He criticised improved surroundings for dentistry, perhaps a return to upright chairs, woodchip wallpaper and lino; with queues on the stairs for gas sessions - would this suit him?

It has taken dentistry half a century to get the message across that regular attenders have fewer problems, stay healthier and actually prefer the reassurance. The good practices already tailor their recalls to suit patients and have been doing it for decades. Your statement is irresponsible and only fuels any criticism and scepticism of dentistry. You knew that your words would make headlines and that you were undermining the hard won confidence that most general practitioners face. However as you have never been a GDP how can you possibly understand what that really means?

It would appear that after a year in post gaining the fragile confidence of dentists, the directive has come down to the CDO, “get rid of your camouflage tunic, put on your hard hat and Kevlar, come out into the open and start gunning down your colleagues. That’s what we pay you for, not popularity - oh and Sara don’t forget there may well be a gong in it for you”.