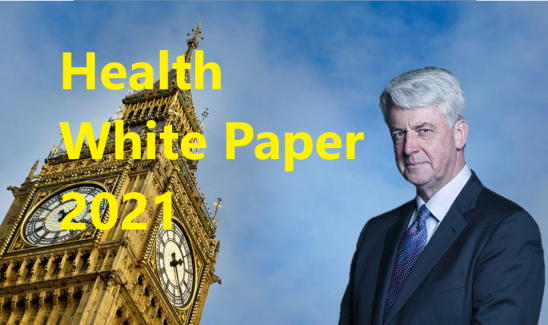 Last Friday (Feb 5) Health Policy Insight published[i] the draft of the Government's forthcoming White Paper on Health, which was reviewed extensively in the media over the weekend. The main news in it for dentistry was that the paper included proposals to hand over control of water fluoridation to the health secretary and away from local councils. The move was widely welcomed in the profession especially by the CWF network (@network_cwf), the national organisation of dentists supporting water fluoridation.

Andrew (now Lord) Lansley’s 2012 reforms, when he was health secretary, handed control of the measure to local councils, which led, in October 2014, to a decision by Southampton City Council to scrap plans to fluoridate its water. This followed a vigorous campaign by ‘Hampshire Against Fluoridation’ and tentative plans to introduce the measure in other areas such as the North West of England and Hull were quietly dropped. Speaking in the January 14 Commons debate on dental services during Covid-19, health minister Jo Churchill said she was ‘extremely sympathetic’ towards the measure, so we may expect its revival perhaps.

In his report[ii], the late Professor Jimmy Steele said the first priority of any NHS system should be ‘a strong, co-ordinated public health system’, something that has not been possible with it being devolved to individual local councils,

The Lansley approach, which was controversial in the Conservative/LibDem coalition, was to take power away from ministers and put it in the hands of administrators. NHS England was given ‘power without responsibility’ to quote Stanley Baldwin’s description of the press in the inter-war years[iii].  But Ministers were still held accountable to Parliament for the NHS; ‘responsibility without power, the worst of all worlds’ as then Home Secretary David Blunkett, described it in 2002.[iv]

Without going into any detail, the document says there will be ‘enhanced powers of direction for government’ to ensure that ‘those overseeing the health system’ are held to account. For dentistry this could mean that the focus moves from NHS England’s obsession with delivering UDAs to MPs’ demand that anyone who wants to see an NHS dentist can do so - a shift from activity to access.

Secondly the Lansley approach was to promote competition within the service, hence the over-long process of commissioning new services, typically a year or more and, arguably, the botched orthodontic recommissioning exercise.

The pandemic showed, though the commissioning of urgent dental care practices, that the NHS can move rapidly when circumstances demand and so it should be in the future.

In responding to the January 14 debate, health minister, Jo Churchill said that ‘a transformation in dentistry is necessary.’ She continued: “There is a huge opportunity to deliver a greater range of health advice monitoring and support, using dentists and their teams.”

The demise of the Lansley system could give her the opportunity to achieve this.

[iii] ‘power without responsibility – the prerogative of the harlot throughout the ages’, Stanley Baldwin speech on newspaper proprietors March 17, 1931