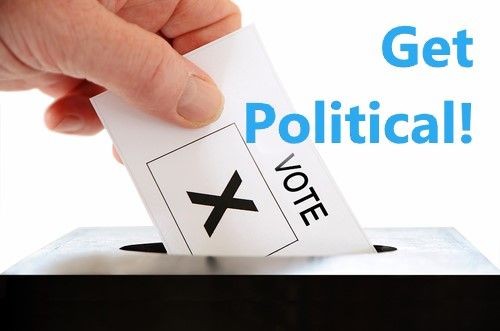 Get Political to make changes happen.

It is now (February 2021) almost a year since dental practices were first told to stop face to face appointments as part of the response to the COVID19 pandemic during the first UK wide lockdown in March 2020. I clearly recall the Prime Minister’s address to the nation on 23rd March, a day when I should have been in India with my father to celebrate as he turned 80 years old.

Stay at home was the clear message after days of what could only be described as denial of the grave situation that the country was facing at that time. I understand that opinion is divided among dental professionals about the necessity and benefits of a total shut down. Debates raged on social media and other fora and they have not stopped, not least because of the current situation in England where NHS dentists are having to perform 45% of their pre-COVID19 contract for the fourth quarter of the year, a target which was decided before the current lockdown and a decision that has not been reconsidered since.

While we appreciate the minister, the Right Honourable Jo Churchill’s attempts to reassure dental teams about the provisions in place for mitigating circumstances, it remains to be seen how various providers are treated when the numbers are known by the end of this quarter.

This past year has brought home the point that dentists and their teams cannot operate in silos. It has been too easy to operate in that manner for too long. Whatever the ups and downs of local, national or international economics or politics, we have been generally immune or when affected, not as badly as other sectors have been.

I would argue that a part of the reason that we find ourselves in difficult positions as a profession is that we are not political, or political enough. It is relatively easy for most regular news programme viewers or health news watchers on social media to name and identify GPs and other medical professionals who make a point of debating and discussing matters which affect their professions in various media, but even within our professions very few can name the dentists who have such profiles.

The last time that I wrote a blog for GDPUK, I did so as a political candidate in 2015. My move into active electoral politics taught me a lot about the challenges one would face as well as the opportunities of elected office. I also learned about what could be achieved with political involvement, and not just on matters dental. I thank Tony Jacobs for inviting me to start writing again and I am very happy as all of us are that his recovery from COVID19 is proceeding well given the scare that we all had when he was in hospital during the first wave.

I am not as active any longer in party politics or at least in electoral politics. I am involved in policy making and contributing to think tank work, but it will be a few years before I take the electoral plunge again, if ever.

But politics is a lot more than elections and seats. I often hear this from colleagues “I don’t do politics”. My reply is “But don’t forget that politics will do you!” and it does, all the time. Everything in our lives is governed by politics, whether perceptibly or not. It is always there in the background and every so often it makes a very real presence felt. The taxes that we pay, the laws that we follow, the ways that we work are all governed by rules laid down by political decisions.

The choice that we have is a simple one. Do we want to follow something that has been decided for us or do we become an integral part of that decision making process? We cannot do that just by voting at election times although that would be a great start as I know of too many colleagues in the dental professions who do not bother to vote. Before the pandemic, when was the last time that any of us wrote regularly to Ministers, MPs or Councillors?

Having had an inside view of politics, I will let you in on one secret: It is all about the votes, whatever else they may tell you. Anything is achievable in a democracy if you get a critical mass of voters to care for it. We have seen that with Brexit. We can do it by regularly contacting voters with our posts on social media as well as engagement with traditional media. Every adult patient is a potential voter at the next relevant election. I engage with patients at the Emergency Dental Services who may tell me “I can’t find an NHS dentist”. Simple, fill your relevant political representatives’ inboxes. There will come a tipping point where they will have no other choice but to act.

If there is one thing we can take away from the experience of the past year, a nightmare that still shows no sign of ending, it is that we can and should get political for ours and our patients’ sakes. Please join the BDA, get involved in their processes. If you feel aligned to any political party, join them too! You may be able to feed into their health policy decision making. Get used to the idea of shaping policies and politics in the way that you would like to see for your personal and professional lives. A day is a long time in politics and let me not keep you from getting involved a minute longer. Get political!

Pramod Subbaraman was born in Tiruchirapalli (Tamil Nadu, India ) and raised in Bengaluru( Karnataka, India).
He studied for his dental degree in Bengaluru (1996-2001) and moved to the UK in 2005 following Professor Raman Bedi's invitation to Indian dentists in 2004 to help ease the NHS shortage in England at that time.
He has since lived and worked in various parts of England and Scotland and for a very short time, even in Wales. He has worked in primary and secondary care in NHS dentistry and Maxillofacial Surgery. He is also a poet and returned to the form during the first COVID19 lockdown in 2020 after a gap of several years. He now lives in Hull with his wife and son and works in Hull, Grimsby and Scunthorpe.
Pramod tweets @briteeth