Where's the CDO? - The week when we could have done with a bit of guidance 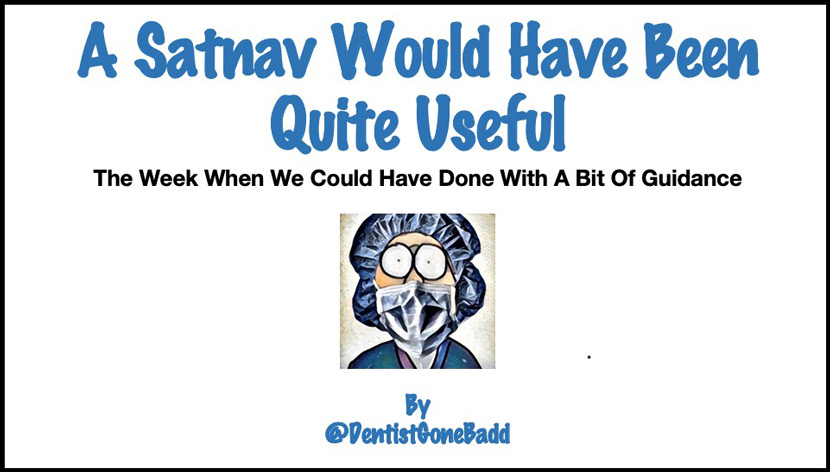 A Guiding Hand And A Pat On The Back

(A Week In Crazy Times)

I spent an awful lot of time on Twitter this past couple of weeks, watching with growing alarm, the battering the UK dental profession has taken as it struggled to establish its financial future and how it could care for its patients in the face of the COVID-19 nightmare.

But one bit of light relief from the doom was when a dental nurse I follow remarked that she worked in a part of the Cotswolds where I started my dental career. I was keen to find out if she knew of my first ever dental boss and so I directly messaged her. By sheer fluke, she replied that she actually currently works with him in his Oxfordshire village practice.

That took me right back to the summer of 1988 when I was released into the community and was let loose in a single-handed practice in a large town in Worcestershire. In those days you could go into practice without having to go into vocational training – it wasn’t compulsory until a little while later. I plumped to go straight to being and unsupervised associate since at the time I qualified I was 35 years-old. I was keen to get on with it and not be in what I considered to be an extension of the university environment as a vocational trainee, with close supervision and slaps on the hand if you erred.

Simon did two days at his new practice and I did three, while also working a couple of days a week in a dreadful place in the Black Country, near Dudley. “What’s the time when you see a pork-pie on the top of Dudley Town Hall clock?” No? “Somethin’ to ate!” (I can tell that joke because I’m a Brummie, had an education in Wednesbury and support Walsall Football Club).

After I realised that the Dudley practice owner was a lunatic, I explained to Simon my dilemma and he invited me to do a day in his Oxfordshire practice. Although much of my interactions with Simon were on the phone, he would instruct me in various aspects of practice and he taught me IV sedation. It frightens me to death, thinking back, but I had, when I think about it, an unjustified confidence in my abilities. We would use Hypnovel but this was in the days before the antagonist agent Anexate was widely available and pulse oximeters were a few years off being generally available. Basically, if you overdosed, you were right up the creek and it was brown scrubs trouser time and a chocolate paddle.

One day I had a very anxious lady in for extractions. I was very careful with my dose and I got the classic half-lidded sign I was looking for. But when I tried to get her to open her mouth she wouldn’t cooperate. She responded to my questions with a “Bugger orf! Leave me alone,” but I couldn’t get in to even give her a local. I rang Simon for advice and he instructed me to pinch her earlobe to bring her round – so I did – for about forty minutes. I spoke to her husband briefly in the waiting room, just to second check she hadn’t taken any sedatives, but he told me his wife hadn’t slept with worry for the previous two nights, hence the effectiveness of my dose of midazolam. I eventually got into her mouth and did the business, but I resolved to get on a SAAD course with great speed.

Simon was a bit of a hero. He had supreme confidence and a great rapport with his patients and he always appeared to be calm – at least on the outside. On the occasions I did see him working, he took everything in his stride – particularly the fact that he was normally working about an hour late at any particular time in the day. He used to arrive late at the practice in Worcestershire and by the time he got all his favourite equipment into the practice that he had carried from Oxfordshire, it was nearly ten and his nine o’clock patient was still waiting. This didn’t flummox Simon, who would mousse his hair in front of the patient in reception while opening his mail. It was Simon who first introduced me to hair products and he is the reason I abandoned my forever hairstyle, which made me look like Blackadder I.

The Practice was in a terraced house and it was next door to Pat’s Café, a friendly if rough and ready emporium based on fully-saturated fats, and Simon would go next door with his nurse at lunchtime to partake of the ‘big breakfast.’ They would leave the surgery for the café at 1.55pm, just as his first afternoon patients were arriving. Simon had style.

Simon also had an insatiable appetite for dentistry and his enthusiasm was awe-inspiring. I was not surprised to hear he was still working. At a guess I would think he’s now in his mid-seventies or thereabouts.

But the one big thing I learned from Simon was ‘Get On With It! Don’t faff about.’ It was a great piece of advice and I took it on board, occasionally abandoning it when I wasn’t quite sure of things, but it ensured I didn’t waste a lot of time over my practice life.

Simon was a great guide in my first year as a general practitioner and since I’d pretty much decided to ‘go it alone’ straight into single-handed practice in effect, I REALLY needed guidance.

And if ever sound guidance was REALLY needed, it’s been the past couple of weeks in UK dentistry. 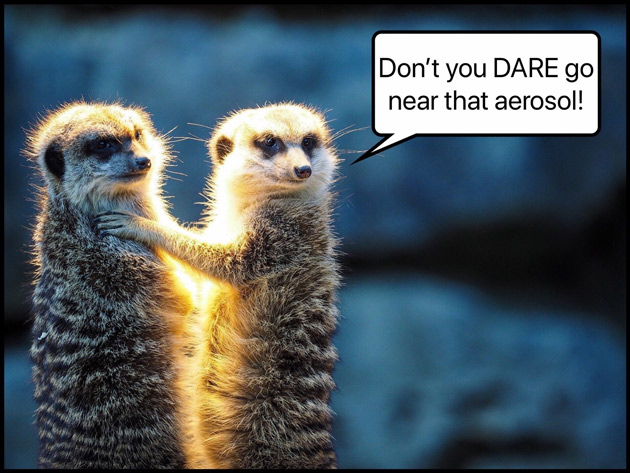 It’s been exhausting watching practitioners being kicked from one set of guidance to another like one of those rudimentary computer TV tennis games we had in the late 70’s that sent a little oblong careering up and down, side to side across a blotchy screen.

Desperate for any sort of guidance on how to approach triage, treatment or referral, dentists were bouncing from CDO to CDO, looking for ANY guidance on which they could rely, seeking reassurance that if they followed it, it wouldn’t get them into trouble six months down the line at the General Dental Council.

And the GDC was as useless as jelly forceps in giving any sort of guidance, effectively telling registrants to follow the guidelines of the four CDO’s of the UK and carry out an assessment of risk when deciding on treatment. The GDC’s Executive Director of Strategy Stefan Czerniawski said:

“…the GDC has no interest in second guessing clinical judgements which take account of this guidance and are based on an appropriate assessment of the risks involved.”

I take it from that, that if a patient thinks you made the wrong decision, you will be interrogated mercilessly by the FtP committee on whether your clinical judgement was based on a thorough assessment of the risks involved.

Leading the official field in guidance were the Welsh. The guidance coming from the Wales CDO Colette Bridgman was generally much welcomed and lauded by dental professionals on Twitter and was a breath of fresh air in the absence of straightforward guidance from the England CDO. Scotland’s CDO Tom Ferris was similarly one step ahead of England’s Chief Dental Officer Sara Hurley.

The British Dental Association really seemed to step up to the plate with its ‘Live Updates’ webpages which were accessible to everybody and provided much sought after information, especially with regard to the BDA’s negotiations with the NHS on the subject of financial packages.

But what really impressed was the level of cooperation and information sharing that took place in the Twitter community. The camaraderie and support displayed between fellow dental professionals was inspiring and many were being guided through the morass of often confusing official directives by their Twitter colleagues.

A classic example was guidance given by @wetherbyortho to @FulhamDentist. I mean, where else, other than on Twitter would you learn about an orthodontic product called Gishy Goo, without being sniggered at?

And I thought Gishy Goo was something you only every heard of at an STD clinic.

I had a "Simon" too in my first year under the rudimentary VT of the early 80's.
Ahead of his time, popular, competent, enthusiastic and of course, against faffing.
He's recently been done over by the GDC.

0
I had a "Simon" too in my first year under the rudimentary VT of the early 80's. Ahead of his time, popular, competent, enthusiastic and of course, against faffing. He's recently been done over by the GDC.
Cancel Update Comment