Dental Nurses - the Good, the Bad & the Giggly 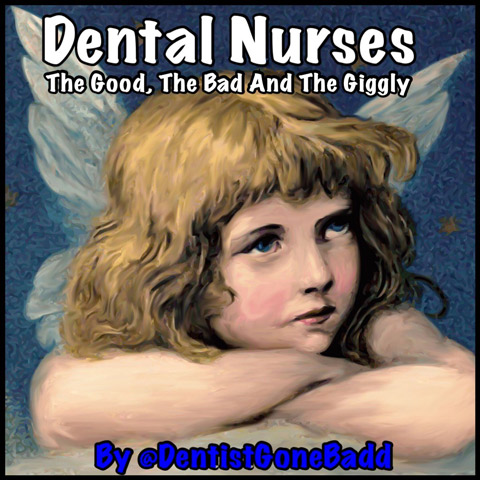 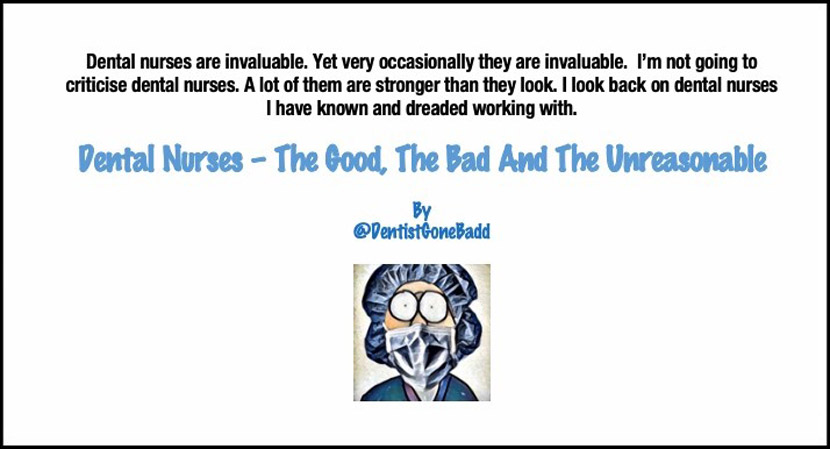 In Praise Of Dental Nurses

Last Friday, I met up with one of my best friends, a young Bulgarian dental nurse who I once worked with at the corporate. We meet every couple of weeks or so at a coffee emporium run by South Americans. They have an awful lot of coffee in Brazil, but I usually have hot chocolate. This week, she took me to a bakery/coffee shop run by her countrymen. There she treated me to Ayran, a drink I really took to when visiting Bulgaria to attend the wedding of a mutual friend. It’s Bulgarian bio live yoghurt mixed with water and a touch of salt. You have GOT to try in, chilled, in the summer. She also bought me a monster-sized pastry called Banica – fluffy flaky pastry enclosing melted cheese. It looked lovely but since there were no eating implements presented with it, I wasn’t sure what to do with it. Not only was it flaky, it was also very flaccid, being roughly the same length and shape as a cricket strip. I was a bit nonplussed. I had no idea how to eat it, so I fiddled about with the lid of my Ayran till my friend tore off bits of the pastry with her fingers. Relief. I WAS contemplating trying to pick it up whole and eat it like a hamburger. 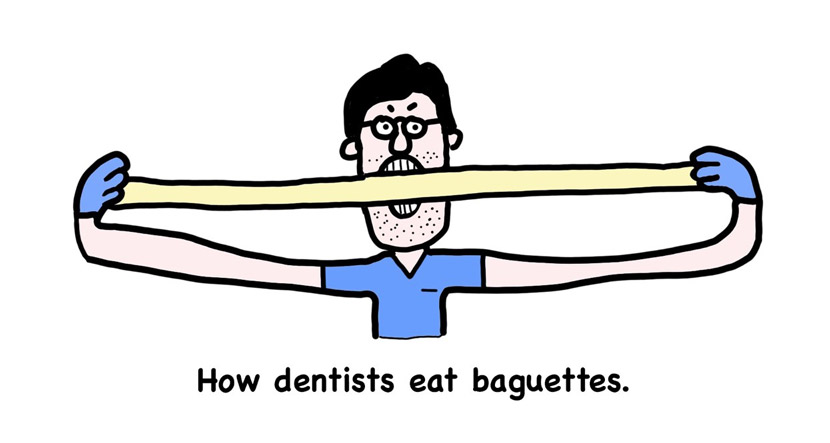 It got me thinking that this was not the first time a dental nurse had saved me from a potentially embarrassing situation or even a potentially dangerous one.

Having been a GDP for thirty plus years and having worked my way through quite a few practices before settling down in my own place, I’ve worked with an awful lot of dental nurses. I’ve also worked with a handful of awful nurses. I hold dental nurses in the highest regard generally and have maintained close friendships with quite a few of them over many years. And then there are some nurses I would jump in front of an articulated lorry in order to avoid them if I saw them coming down the street.

I am a big fan of the nurse-kick under the dental chair. I remember one nurse scraping her hoof hard down the bony sticky-out bony bit on my ankle in order to draw my attention to the fact I was about to start drilling the wrong tooth. I was forever grateful for that – well, once the bruising and graze healed anyway.

I was equally indebted for the boot-in-the-shin when I was about to ask a patient how her husband was keeping. The meaningful blow to the lower part of my leg let me know that he was keeping dead.

I was similarly, gibberingly grateful when I got the kick while I was carrying out treatment on an upper six. My nurse started frantically pointing to the floor of her mouth like she was pleading for Bacardi Breezers. She was drawing my attention to a little while lesion I hadn’t noticed at that treatment appointment, in the floor of the patient’s mouth. The patient was duly referred and was mercifully OK. Although I’d done an exam a few weeks before, I hadn’t checked the soft tissues again at that appointment. 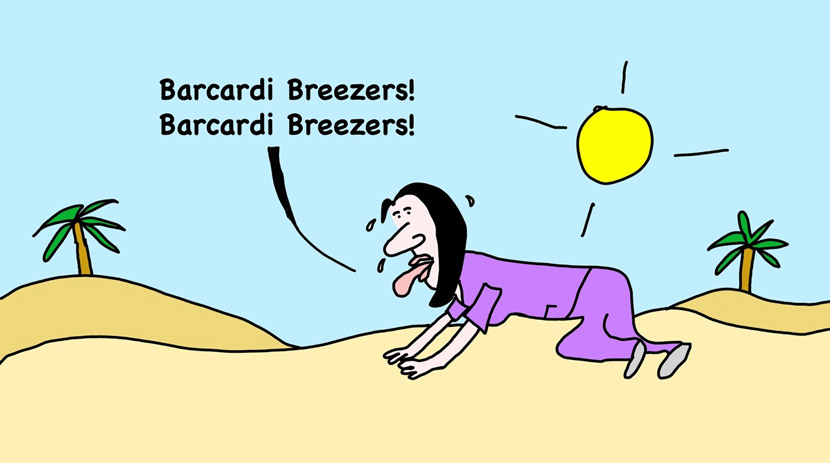 Above all, I always found nurses to be the calmest and most practical members of staff when there were patient related crises in the practice. Being insulin-dependent they were the ones who always noticed and dealt with the situation when I was about to plunge into hypoglycaemia. The dentists in the practice generally just thought I needed a good slapping to bring me out of it.

But then there were the awful ones.

There was the nurse who constantly tutted every time I asked for an instrument or a remix of alginate, and another nurse who screeched angrily every time I picked up one of the boss’s carvers up by mistake. The instruments weren’t marked in any way or form. She said she just ‘knew’ they were his. I didn’t.

There was the nurse whose fireman husband told her that she wasn’t to work a minute over her contracted hours. And she didn’t. She would literally walk out at five, even if we were running late because of emergencies, leaving me and her colleagues to clear up the surgery after she left. She didn’t see any problem in this and felt that the times she was allowed to go early when we finished sooner than planned, were irrelevant. She was a mature trainee fortunately, so we parted company a couple of months into her trial period.

I remember the embarrassing problem one of my earliest bosses had when I first qualified. He was living over the practice at the time and he took on a mature qualified nurse. She was a very nice lady and a good nurse. Her only work-quirk was that she stood precariously on one leg every time she attacked alginate and it was like waiting for the Eiffel Tower to fall over if they had removed three of its legs.

The problem with the nurse was that she had body odour that could attract a shark basking in the Pacific Ocean. You walked into the humidity of the decontamination room and the odour was like being hit in the face by a rancid mackerel. The boss had become aware that patients appeared to notice and he decided that he needed to delicately take action.

I can’t quite remember how he started the conversation, but one lunchtime we were all in the staffroom and he asked everyone what time they got up in the morning in order to be in time for work. Eventually it got to him, and being over the shop he said that he still got up early because “You know, I need time to shower and slap the deodorant on.” He managed to turn it round to how he preferred the roll-on’s to the sprays. At that point, the nurse in question piped up with “Oh no. I much prefer the sprays.” My boss, clearly taken aback said “Really?” She went on “Oh yes. I’ve had this spray now for about 18 months and it’s still going.” One of the less tactful members of staff then pointed out that perhaps the noise she assumed was suggesting effectiveness, was just the propellant greenhouse gases. The problem went away the next day. 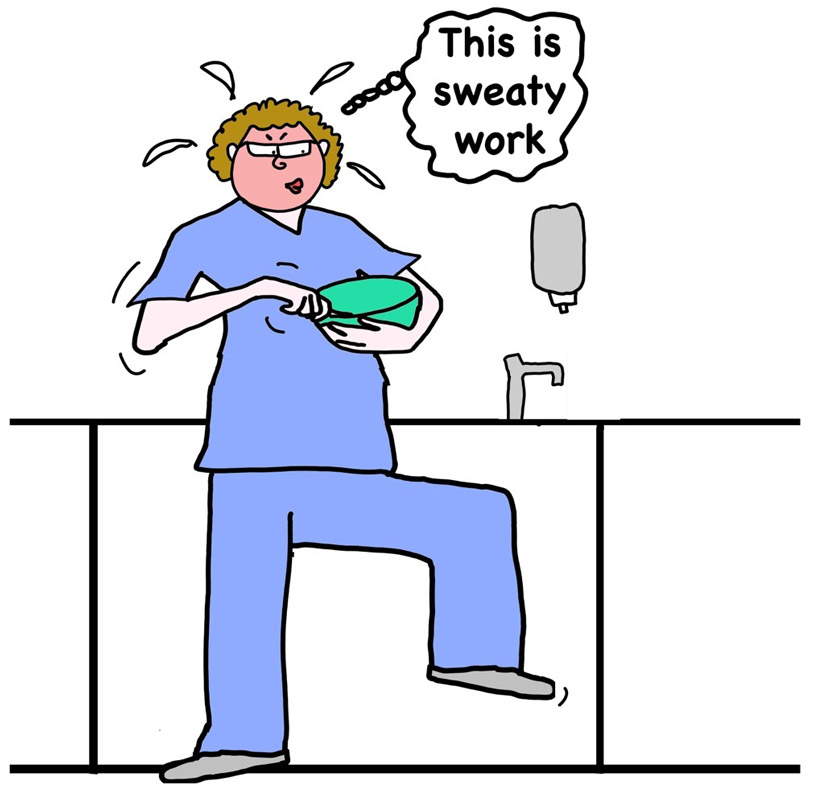 It was a few years later when I took over my practice that I faced a similar problem. I took on a mature trainee. She kept horses and said that every morning she ran the horses. From the fresh body odour that followed her wherever she went, I assumed I’d misheard and that she ran alongside the horses. I never got around that one. She quit anyway since she didn’t like patients.

When I came to replace her, I was introduced to a trained nurse by a colleague. I immediately took to the girl but my first question, and I swear this was true, was “Do you use deodorant.” She answered in the affirmative and I hired her immediately.

Anyone who has followed me on Twitter for any length of time may remember the Angry Head Nurse who I worked with at the corporate. She walked around constantly with a look on her face that suggested she had loose endo files in her knickers. She complained at everything I did and once when I asked for a composite polishing disc, she gritted her teeth and demanded to know “WHY???”

The receptionists in particular, were not fans and one of them nicknamed her “Chuckles” which I must admit, did make me guffaw when I first heard it.

The Angry Head Nurse scared everyone and because I was considered to be the most tolerant dentist in the practice, I ended up with her as my permanent nurse, the other dentists having refused to work with her. 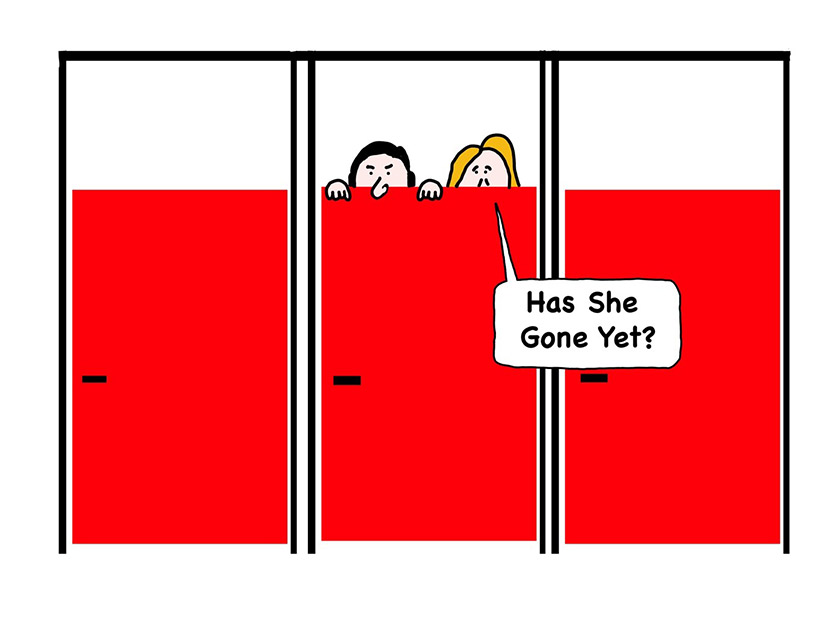 She upset everyone. Once, a new, very pleasant trainee dental nurse started work. After a few weeks she reluctantly resigned, giving the reason that she needed to move back up to Liverpool for family reasons. A few weeks later, I was walking through the town centre after having a coffee before my late start when I spotted the ex-trainee in Specsavers behind the reception desk. I went in and welcomed her back to town, asking if she’d resolved her family problems. She had apparently never gone away. She was so afraid of giving the real reason – namely that she couldn’t stand the Angry Head Nurse, that she had made the whole excuse up.

I thought it was quite brave.

I would have feigned my own death.

Don’t Be A Rat – Have A Quiet Word