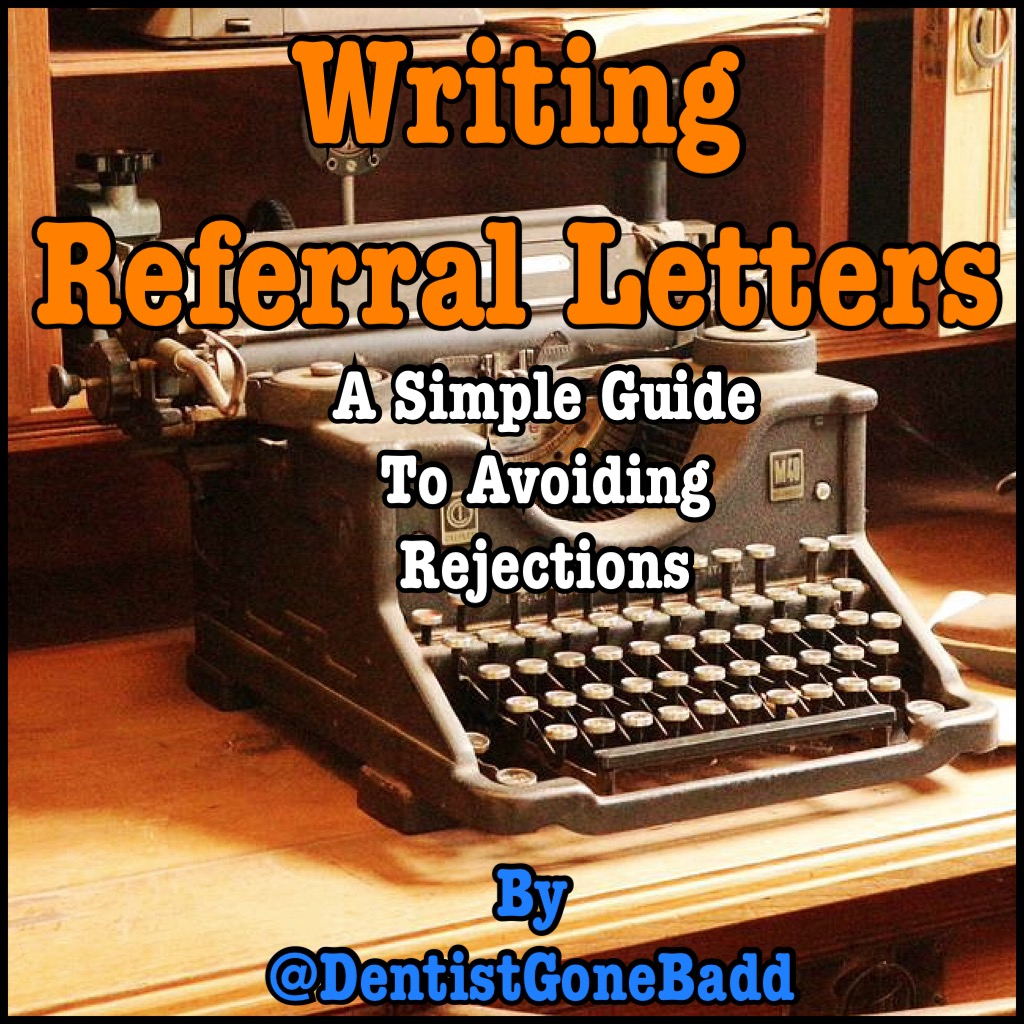 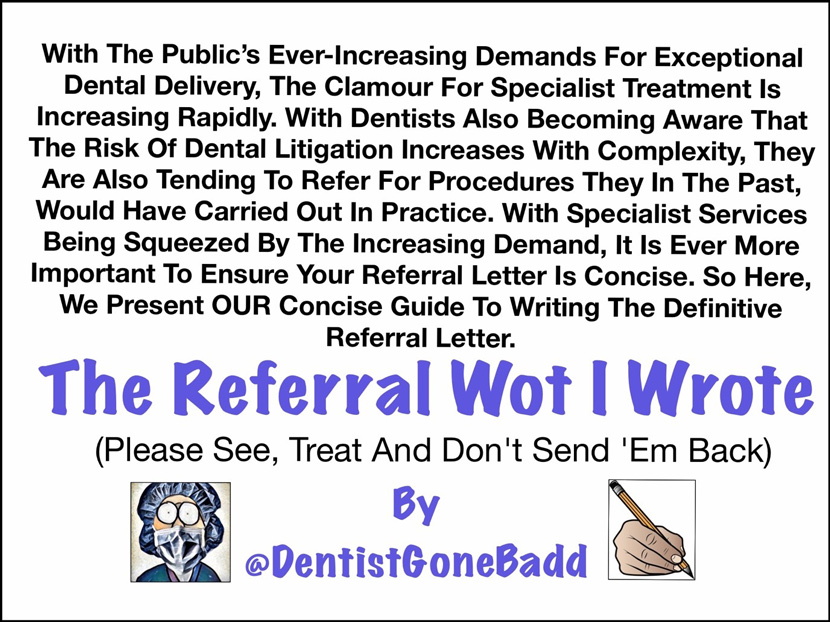 The Definitive Guide To

Let’s start with the essentials. Referral letters should contain the basics; name, sex (if any – I don’t like to ask really), date of birth and reason for returning….oh sorry, that’s sending a parcel back to Amazon. Long gone are the days of “Please see and treat,” so try and give the specialist you are referring to, a bit of a clue as to the reason for your referral. Throw in a couple of vague differential diagnoses if you can, just to demonstrate you aren’t completely gormless, with proper medical terms like ‘epidermolysis bullosa’ or ‘squishy lump.’ It’s probably best not to refer a patient just because you don’t like the look of them, tempting though it is. 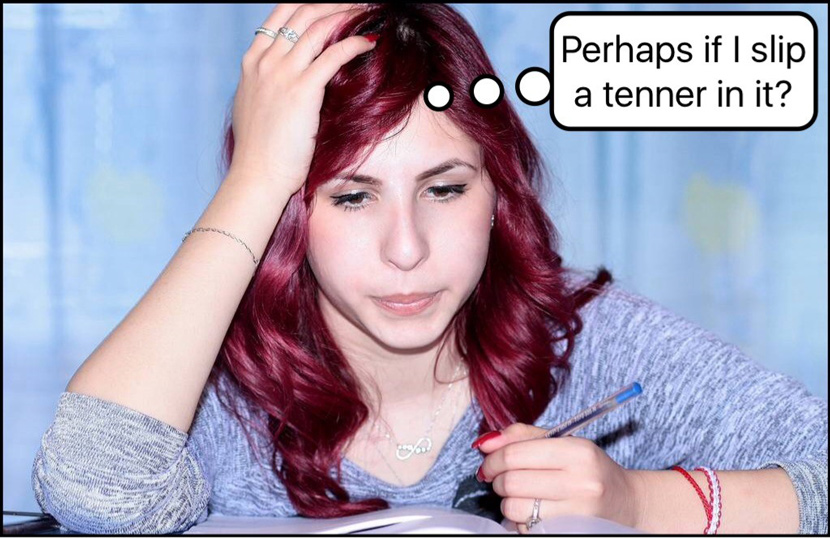 If you are worried about a lump, it’s best to send to a consultant lumpologist. But beware, some specialisms do cross over and consultants can get a bit elbowy and will fight over interesting lesions. I once witnessed a near fist-fight between an oral medic and an oral surgery registrar – both convinced they could write a paper about it. Every time, make sure you are referring to the most appropriate department. One department will treat a lesion with a spray and ineffective mouthwash, while another will cut it out and put an implant in its place.

Oral surgery referrals are probably the most common type made. It’s not quite clear why this should be. Fewer dentists get into trouble over oral surgery than perio neglect or root-treatments. I think that oral surgery is probably all a bit too gooey for a lot of dentals and the anticipation of complications is overthought. Because oral surgery departments are absolutely swamped, you have to make a convincing case. Warfarin patients are no longer a bar to treatment in practice, so throw in ‘difficult access’ and ‘a history of difficult extractions’ for good measure. ‘Proximity to the antrum’ doesn’t often wash. Since many oral surgery departments insist on you supplying a supporting radiograph, they can justifiably throw out the referral and tell you where to stick your jpeg when they realise it’s a lower molar you are talking about. 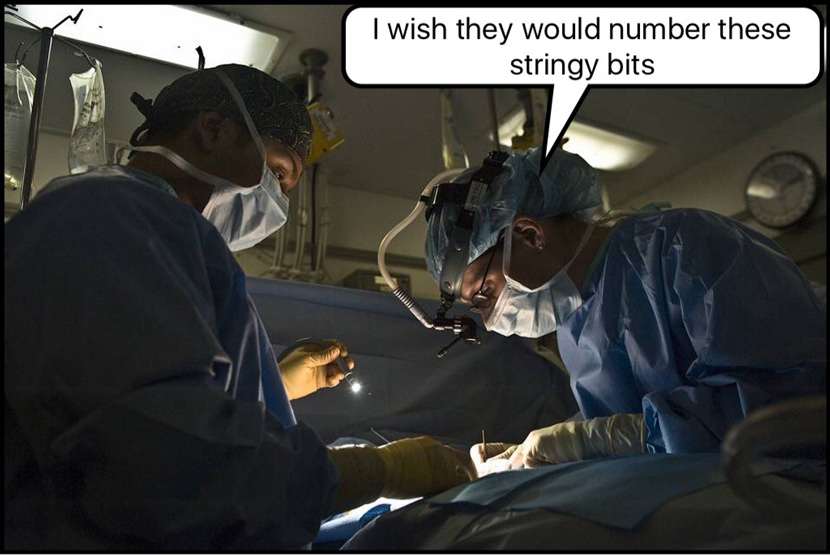 These are probably a little more clear-cut, if you completely ignore IOTN, which I did. I doubt very much if it’s done now, but the acronym ‘FLK’ (Funny Looking Kid) in the margins of the old paper files, acted as a reminder to refer to the orthodontist once the overcrowding started to hurt your aesthetic sensibilities. I find FLK’s generally DO get orthodontic treatment, so providing they are reasonably competent with toothbrushing, and generally look as if they’re using the hairy end, send that referral. Again, don’t just ask to ‘see and treat’. Throw in ‘well-motivated,’ ‘optimal oral hygiene’ and ‘very stroppy mother’ to emphasise the need for action. Chuck in a couple of measurements if you can, and try and crowbar in a stab at a ‘division’ to show to the orthodontist you’ve given it some careful consideration. 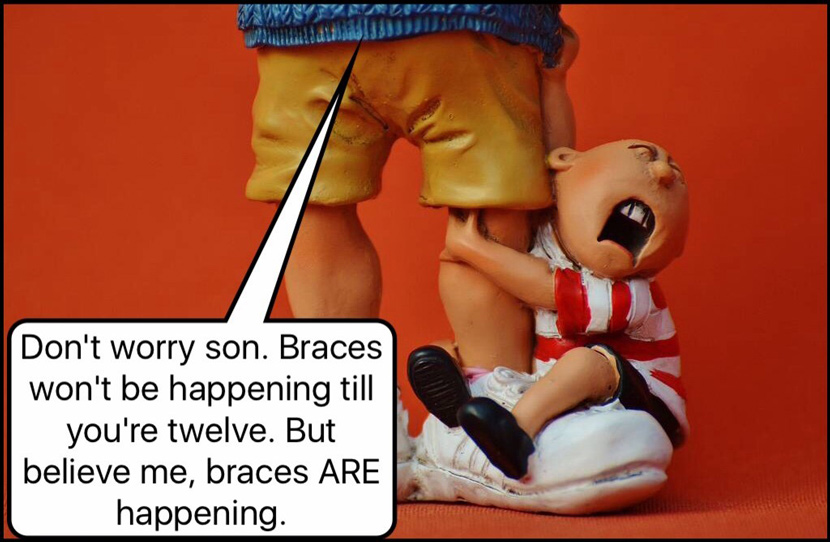 This type of referral is usually done in panic five minutes after you have just unexpectedly lost a BPE probe down a previously scoring ‘1,’ so do try and keep the panic out of your letter. Make it sound like you’ve been closely monitoring things for a considerable period of time and really emphasise that when you first saw the patient, most of the damage was already done. ‘Despite my oral hygiene instruction’ also shows that you have been caring, but don’t get too down about having to refer and being condemned by the periodontist. The specialist will probably only see the patient for twenty minutes max anyway, and will never see them again, immediately throwing the patient into the ‘Pit of Hygienists.’ 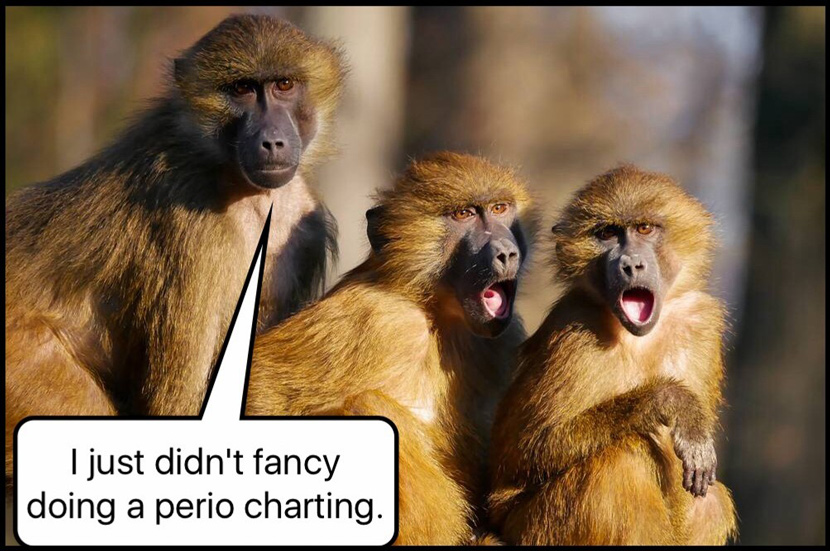 Endodontic referrals are becoming incredibly popular and you are highly unlikely to get one rejected, since they are often made to private specialists. Don’t bother trying to refer to your local dental hospital. The sun will have died well before your patient gets to the top of the list. Besides, dental hospital endodontists are exceptionally picky about what they treat. My local dental hospital won’t treat any tooth beyond a first molar. They aren’t that clear why, though I suspect it’s because trying to get to a seven is a bit ‘too fiddly.’ Failure in endodontics is a growing area of litigation and if you are an NHS dentist in particular, don’t risk ANY root-treatment – refer. You can throw a lot of information into your referral letter – sclerosis, unusual anatomy or “There’s a prominent squiddly-do on my radiograph” – but it doesn’t matter. These are endodontists. They have to pay for swanky microscopes and German Sportwagen. They’ll accept anything.

Tricky. Prosthetics specialists are a dying species. Their natural habitat in the 60’s and 70’s was gummy, but since forestation with teeth, the need for them has diminished. The few prosthetists left, tend to pack together at dental schools, desperately attempting to procure close relationships with implantologists, borne out of their innate instinct to survive. Having said all that, I have had more referrals rejected by prosthetics specialists than any other type. To be absolutely honest with you, whatever you say in your referral to a denture specialist, they’ll write back with “We would recommend extending the flanges and see no reason why this cannot be carried out in practice. Now leave me alone. I need to bury my nuts for the winter.” Good luck. 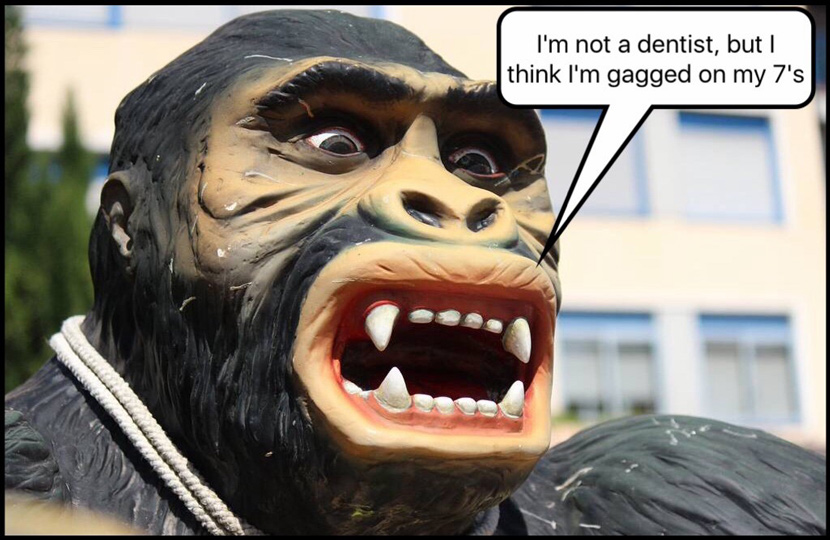 This is where you send all of your ‘challenging’ patients, or those that take an hour to do an enamel-only incisal edge composite on. Terms you should include in your letter are ‘wriggly,’ ‘anxious,’ ‘fearful,’ ‘phobic’ and ‘gagger,’ though be careful you don’t end up making it sound like a Facebook advert for happy hour at the local S&M Club. Make it absolutely clear that this patient needs sedation. Forget about suggesting GA. The clinicians at these emporia don’t stop talking about the risk of death from the time the patient enters the place having found it after previously mistakenly walking into the adjacent STD Clinic. If your local clinics have their own referral forms and it gives you the option to have the patient back if they refuse sedation, tick ‘NO!!!’ 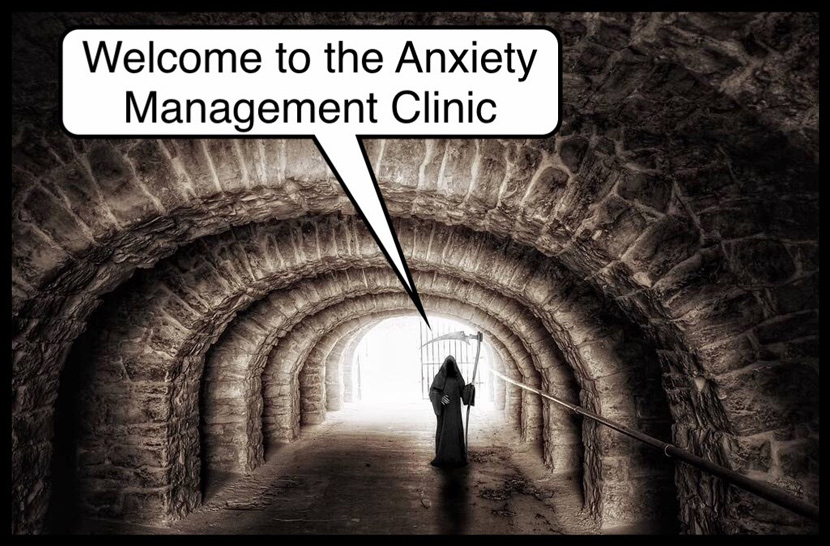 Quite a few restorative specialists lurk in dental schools, but despite this, they try not to have anything to do with teeth. There is only one important, indeed, CRITICAL sentence you need to include in your referral letter, and that is: “I am ALREADY monitoring the diet and wear.”

You will normally refer to the oral medicine specialists as a means of backing up your diagnosis, which is almost certainly, atypical facial pain/burning mouth syndrome. Often, you would save a lot of time by giving a nightguard or benzydamine hydrochloride rather than wasting your time on a referral letter.