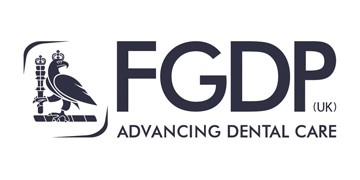 The Faculty of General Dental Practice (UK) has awarded Fellowships to thirteen individuals in recognition of their exceptional contribution to the profession. Fellowship is the highest award offered by FGDP(UK), and is a pinnacle of achievement for the profession. Two people have been given Honorary Fellowship, seven Fellowship by Election and four Fellowship Ad Eundum. The awards will be conferred at the annual FGDP(UK) Diplomates Ceremony, which will take place on 12 March 2018.

Keith Horner qualified as a dentist in 1981 from Leeds University and held several hospital posts in Leeds and Sheffield. He has served on influential working parties and advised bodies such as the Health Protection Agency and the IAEA Radiation Protection of Patients Unit. He is also Co-Editor of the FGDP's Selection Criteria for Dental Radiography guidance.

Mrs Erasmus is a former Director of FGDP(UK) (2013-2016), and has been recognised for her leadership skills and distinguished service to FGDP(UK).

Dr Graham Stokes has been providing dental implants for over ten years, and obtained the FGDP(UK) Diploma in Implant Dentistry in 2009. Clinical Lead at a practice in Bromsgrove, where he has been based since 1991, Dr Stokes also lectures widely across the UK on implants, full dentures and treatment planning.

Mr Cushley has worked as a Vocational Training Adviser for NHS Education in Scotland for the last 16 years, and has been an examiner on the DGDP, MFGDP and latterly the MJDF for the Faculty.

Mr Hogan graduated from Glasgow University in 1987 gaining BDS with honours. Currently Chair of FGDP(UK)'s West of Scotland Division, he is also an examiner for the Faculty of Dental Surgery of the RCPS Glasgow, and serves on the Board of Dental Education, Training & Professional Development at the College. He regularly lectures to VDPs on the use of local anaesthetics.

In addition to practicing dentistry since 1982, Mr Jones has served in Afghanistan as an RAF Dental Officer. He was an examiner for the MFGDP and later the MJDF from 2003-2012, including examining in Hong Kong.

Dr Stinson obtained his dental degree in 1981, after which he commenced an associateship in General Practice. He opened his own practice in 1986 and has been active in the FGDP since its inception, serving as a Board member for twelve years.

Dr Maguire qualified 30 years ago from Queen's University, Belfast. He has also been awarded Membership of the Faculty of Dental Trainers with the Royal College of Surgeons of Edinburgh (MDTFEd).

Toothache During The Dental Shutdown - A Young Patient Tells All