Forget Big Brother – The GDC Will Take It From Here 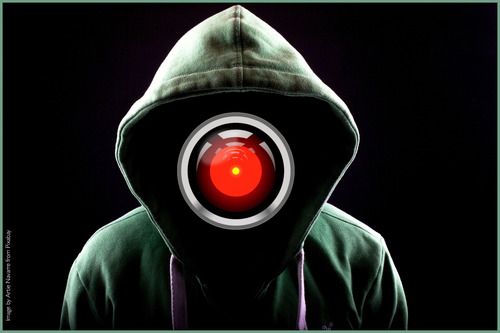 Fears that the General Dental Council may be monitoring the social media posts of registrants have been confirmed as fact.

A four-year-old Freedom of Information request recently highlighted on Twitter reveals that the GDC DOES monitor social media accounts.

The FOI request was made by Leeds-based GDP Dr Dominic O’Hooley in May 2018, but its existence has only recently been spotlighted on Twitter.

Dr O’Hooley had asked the GDC for “All recorded details of your social media monitoring policy with specific regard to how targets are chosen and how access is gained to those subject’s social media accounts.”

The response went on “This is designed to provide the opportunity for the GDC to respond, where appropriate, to conversations relating to it.”

The GDC listed some of its social media monitoring search parameters as  ‘general dental council,’  ‘generaldentalcouncil,’ ‘gdc,’ ‘dental,’ ‘dentist,’ ‘teeth,’ ‘tooth’, or ‘oral.’ It also Included the search terms ‘GDC_UK’ and the link to the regulator’s own Facebook page.

As reported by GDPUK earlier this month, the GDC is currently  under the threat of action in the High Court if it doesn’t comply with an FOI request made by Dr O’Hooley regarding the dental regulator’s procurement processes of private investigators to carry out under-guise Fitness to Practise investigations.

Regarding its monitoring of Social Media Accounts, Dr O’Hooley asked “Whether the social media monitoring team or other officers of the GDC have been instructed to use fake/proxy profiles for the purpose of gaining access to registered dental professional’s social media postings?”

The GDC replied “Part of the GDC’s role as a regulator is to investigate complaints that we receive about dental professionals’ fitness to practise.”

“Fitness to practise complaints are initiated when the GDC receives information from a complainant.”

“Using fake/proxy profiles for the purpose of gaining access to registered dental professional’s social media postings is not part of the fitness to practise investigatory process.”

Yet in April 2021, the GDC admitted to Dental Protection in a High Court action that it acted ‘unlawfully in undertaking an under-guise operation without reasonable justification.’

The GDC had previously instructed an under-guise operation creating a fictitious scenario with two private investigators posing as relatives of “Evelyn,” an elderly relative who needed dentures but was too ill to attend in person. The investigators tried to induce a clinical dental technician to act outside his scope of practice.

When asked if any registered dental professional had FTP proceedings initiated against them due to information gained from the GDC social media monitoring team, the GDC replied  “The GDC does not have a social media monitoring team and therefore no fitness to practise proceedings have been initiated on the basis of information they have obtained.”

GDPUK has seen evidence that despite not having a social media team, its ‘third party monitoring service’ the service appears to act swiftly.

One former dentist told GDPUK “A while ago, a highly-respected dentist commented on one of my tweets. The Tweet wasn’t directly about the GDC and it certainly wasn’t derogatory, but the GDC obviously didn’t like the honesty of the content.”

“Within hours – late in the evening - the dentist had received an email request from an external organisation to remove the tweet, following pressure by the GDC.”