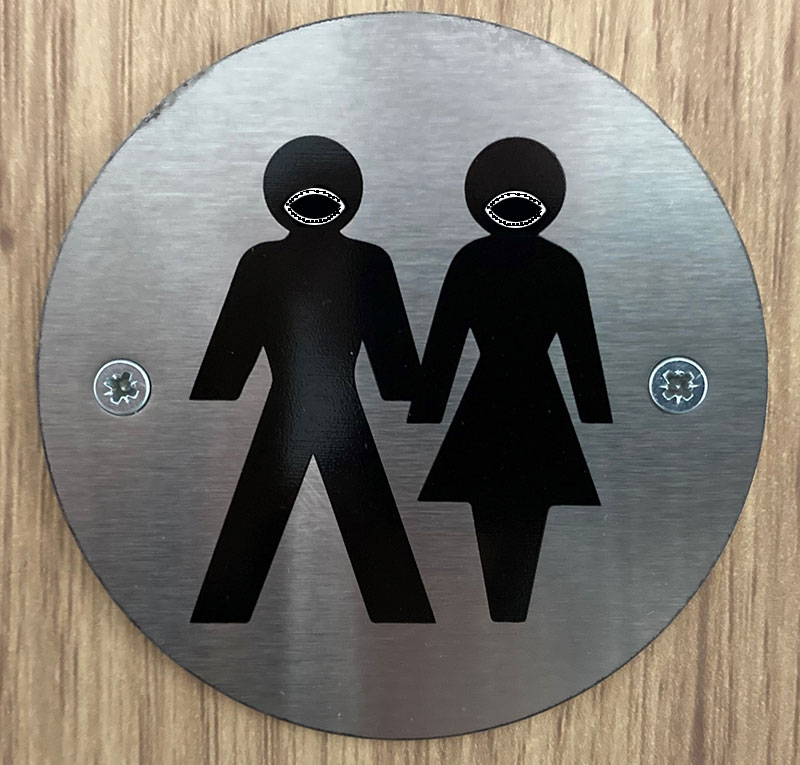 You don’t have to hang around on Twitter for very long these days to discover that there are some subjects you cannot raise without receiving a barrage of opinion and sometimes abuse from both sides of the argument. Accusations of being a (insert subject here)phobe are rife.

The discussions around sex and gender are particularly toxic. Gender critical feminists and trans rights activists frequently cross swords with verbal violence and an apparent inability to listen and understand that there are 2 sides to an argument. Personal abuse becomes the norm. The controversy around self-identification – that it is individual preference whether you identify as a man or a woman, with no medical evidence required – has even reached the Conservative party leadership debate.

Dentistry is, of course, far more civilised. Any subject can be raised and a reasoned, evidence based discussion can be had. So, because we are a civilised profession, let me ask a question.

Why is orthodontic treatment available to children, free of charge on the NHS?

There appears to be a few reasons why it shouldn’t be.

It costs a large amount of money

In Scotland, where fee per item reigns as the method of remuneration, the total spend on children’s dentistry in 2018/2019 was almost £31 million. Of this, £18 million was spent on orthodontic treatment. Around 60% of the money spent on children’s teeth was spent on putting them straight. And demand is clearly rising. Ten years previously, 50% was spent on ortho treatment. To make this blog really authentically sciencey, here’s a table with the numbers (Table 1) – note the rise in the cost of orthodontics over the years and the comparatively small rise in GDS spending.

In England, the cost of orthodontic treatment is about 10% of the £3.4 billion dental budget for primary dental care and has doubled since 1992.

That’s big pots of money to spend on straightening teeth. Just think how much fluoride varnish could be applied, how much dietary advice given, how many extractions avoided if that money was redirected. The financial crisis of the general dental services could be improved in one fell swoop by abandoning the provision of NHS orthodontic treatment in general practice.

Clearly, there will always be problems with cleft lip and palate, hypodontia or other developmental issues which would need treatment in secondary care but why is NHS funded orthodontic treatment available free of charge in general practice when the money could be spent on more pressing needs?

There is limited evidence for benefit

Cochrane reviews state that there is very low quality evidence for the effectiveness of treatment for crowding, all the studies being of low quality and a high likelihood of bias. The standard of research, particularly long term, in orthodontics is not very good. If all other treatments have to be evidence based, why is orthodontics the exception?

Ever increasing demand for conforming to ‘normality’

The data from Scotland (Table 1) shows increasing demand for orthodontic treatment. It has been argued (see Rizwana Lala in this volume) that the concept of wanting to look ‘normal’ for teenagers is driven by norms observed on social media. Other evidence shows that one third of children who did not have a normative need for treatment (as defined by IOTN criteria) still had a patient defined need. In other words, one third of children with no clinical need for treatment still identified as wanting alterations to the appearance of their teeth.

Why should this demand for ‘conforming to the normal’ even be considered for finance from the public purse?

The demand for orthodontics for adults appears to be increasing. Advertisements for invisible braces and the perfect smile appear on many dentists’ websites and patients are willing to pay around £4,000 for the treatment. If that is the case, and adult orthodontics is OK and acceptable and even trendy, why are we treating children for free on the NHS? Of course, it may be that many these adult orthodontic cases are simply treating previous NHS orthodontic courses of treatment which have relapsed. In which case, why was treatment started in childhood?

If GDPs can do adult orthodontics with some online training, fewer specialist orthodontists will be needed. The spare ones could retrain. Go on an oral surgery course, maybe and help to solve the access and manpower problem in general practice.

At a time when there are outcries about a lack of availability of dental appointments, with patients extracting their own teeth and 2 year waiting lists for routine treatment within the cash limited system currently in force in England, why exactly are large sums of money spent on treatment which is basically cosmetic? It’s expensive, poorly evidence based, frequently demanded for social, not dental health reasons and could safely be delayed into adulthood.

So, I repeat, why is orthodontic treatment available to children, free of charge, on the NHS?

Civilised profession or not, I will now retire below the parapet of my Twitter nest, ready for accusations of being orthodontophobic and following another social media trend, consider blocking anyone who might dare to argue.

Tweet
Tags:
sex gender costs orthodontics Paul Hellyer Dentistry Dental GDPUK.com
NHS Contract changes. What they said and what they...
Dentist Self-Employed Status; To Be or Not To Be?

Child orthodontic provision has been rationed much more severely in England and Wales than general dentistry since the 2006 contract was imposed. At that time GDPs could provide treatment with no issues - at a stroke you needed and orthodontic contract to even replace a retainer or repair an appliance. In parallel, IOTN rationing has reduced access and waiting times are now prohibitive so why have the politicians not just axed the service for all but the most severe craniofacial cases? The simple answer is it would be unpopular with voters, hence the stealth moves to reduce provision and the farcical re-commissioning of services.

0
Child orthodontic provision has been rationed much more severely in England and Wales than general dentistry since the 2006 contract was imposed. At that time GDPs could provide treatment with no issues - at a stroke you needed and orthodontic contract to even replace a retainer or repair an appliance. In parallel, IOTN rationing has reduced access and waiting times are now prohibitive so why have the politicians not just axed the service for all but the most severe craniofacial cases? The simple answer is it would be unpopular with voters, hence the stealth moves to reduce provision and the farcical re-commissioning of services.
Cancel Update Comment