All that's new in the world of dentistry
FEB
20
0 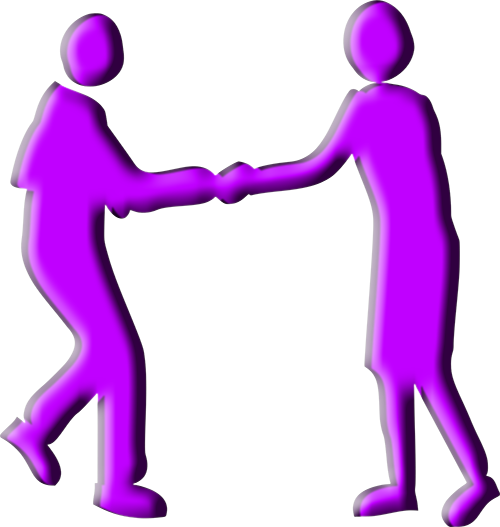 This old school way of marketing is what is known as a push strategy. You have your marketing message and the treatments/products you wish to ‘sell’ (I hate that word in health care), you then push that message out to the maximum number of people in the hope that someone, somewhere sees your message, identifies with it and buys whatever it is you are selling.

It's a strategy often used in transactional marketing, we simply want someone to engage in a single transaction, part with their money, take the goods, go away and not come back again… Is that something you really want to do in a dental practice?

Let's flip this completely on its head. Let's look at this from the point of view of relationship marketing. [1]

Relationship marketing often uses a pull strategy instead of the classic push strategy.

A pull strategy involves allowing prospects (new patients) to pull the relevant information towards them at a time that is right for them. It's about handing over control, they control what they see, when they see it and what happens next [2]

Rather than try to force our message on these people, we simply generate a range of content which answers various dental problems, we put that content in various places on the Internet (think your website, e-mail marketing, social media, YouTube) marketing is then simply driving people towards this relevant content which helps them solve a dental problem.

Start thinking about the problems that those treatments solve.

These are the concerns that patients have, NEVER has a patient woke up one morning and decided out of the blue that they want to have dental implants, what they will do, is wake up one morning and think that they wish to solve their problem of missing teeth, they then go on a search to find out the best way to do this… This search (hopefully for you) ends with them deciding to have dental implants in your practice.

And by the way, by the time you get to the end of this series of blog posts you will see how this search absolutely can end up with them coming to see you in your practice.

If we begin focusing on solving patients’ problems (pull strategy) rather than trying to sell treatments (push strategy) we turn marketing into a relationship building mechanism whereby we genuinely help people with their dental health, and isn't that what dentistry is all about?

In the next blog post I'm going to go through some definitive techniques that you can use in order to implement your new relationship building marketing strategy. I will show you how you can attract new patients in an ethical, friendly, kind and gentle way which builds trust [3] and reduces risk.

Something which pushing your messages on people absolutely does not do!

In my last blog, I noted a developing Critical Mass for change in how we address infant caries and its consequences. And barely a month later, the steam pressure has been increased once again.

The Chief Dental Officer Dr Sarah Hurley, is starting to make public inroads into her role, and recently delivered the 2016 Pendlebury Lecture. It was in stark contrast to the one delivered in 2014, demonstrating a wide understanding of the playing field that is dental health.

It comes at the end of a week in which the state of children’s teeth once again was publicly pilloried, on the back of the General Anaesthetic numbers.

While it remains a problem in England, just look at Scotland. After many decades when Scotland has been spiritual home of the UKs dental problems, it suddenly produces numbers through its Child Smile initiative that suggests significant inroads are being made to improve the health of children’s teeth and prevent dental caries [and thereby reduce the costs and morbidity of unrestricted dental breakdown]. It is not really rocket science, they have just been investing in infant dental health.

So we in England [and Wales and Northern Ireland to a similar extent, but out with the CDO[NHSE]’s remit] have a problem.

We know the target population for any changes must now be parents and infants in equal measure.  There seems to be ample evidence that parking the dental professionals in discrete buildings, called Dental Surgeries, is simply not working, and it is evidence that Dr Hurley seeks.

We know that the medical stakeholders are now on board, as obesity and diabetes rear their heads with all the long term cost implications. Indeed it is the medical drive for a sugar tax to discourage the dietary shortcomings that is also driving the publicity that emerged in the Daily Telegraph over the weekend of the 26th February, and was subsequently widely discussed on broadcast and printed media.

So increasingly the priority is being defined. But the thorny issue will arise of funding.

Which Departments will pay?   How will we [the public] pay for the inevitable targeted measures that are due to follow, as day follows night?  A sugar tax undoubtedly could easily raise the funds but the political will in the chaos pre-Referendum is clearly not there.

There is a serious danger in the current fiscal period of restraint that the HM Treasury will insist on a cost neutral option.  Maybe not, but we must for now assume that.

Could it be that the GDP Budget is being eyeballed [at £3.4Bn] as the low hanging fruit of funding that could or perhaps should be used to address the issue of infant dental health?

The Chief Dental Officer is clearly leading dental health to a better place – but who will pay for this Piper’s plans?

The role must soon change it seems to that of Chief Decision Officer.

Interesting times, but the sooner we address the issue of Dental Health for the young child, the sooner we can restore some pride to our profession.

As a GDP you would do well to plan for big changes. Not sure what but for sure very significant.

Have great Easter, assuming the snow has eased back!

·         Since 2011, all elements have been delivered in all Health Board areas throughout Scotland.

·         "As a result of our efforts, dental health in Scotland is improving, particularly in deprived communities. In the Primary 7 age group dental health has never been better and on a Scotland level the target of 60 per cent of this age group having no obvious decay has been met. This is a fantastic success story."

Great Blog and it just goes to show SUSTAINED public exposure and pressure, has helped HMG in the latest March Budget go from 'No ... Read More
Sunday, 20 March 2016 13:12
6738 Hits