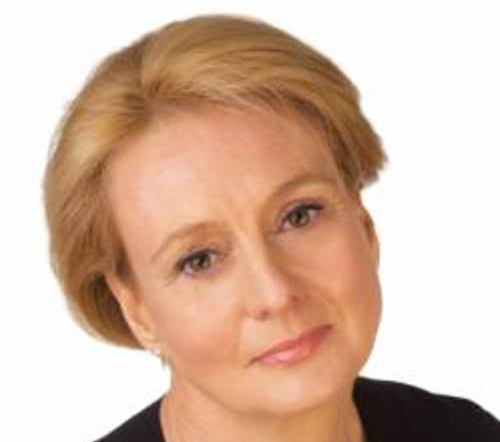 There was strong press reaction to the report that thousands of children have had their decayed teeth removed in hospital over the last four years. Also a response came from Sara Hurley, chief dental officer at NHS England, who said: “It’s really disappointing that even though people understand the impact of a sugary diet so many children have advanced tooth decay – a highly preventable disease. With regular visits for advice, prevention and earlier intervention we can avoid the need for general anaesthetic for the removal of teeth that are beyond repair.”

The CDO was one of several in the profession who stressed the need for a reduction in sugar intake, a focus on prevention and the need for attendance at dental practices from an early age.

Sara Hurley, chief dental officer at NHS England, said: “It’s really disappointing that even though people understand the impact of a sugary diet so many children have advanced tooth decay – a highly preventable disease. In England, children and young people drink more sugary soft drinks than anywhere else in Europe and we are also creating a legacy of obesity and significant health problems. If we are to get serious about tackling this then prevention is the key. As well as supporting parents and carers to reduce sugar in their children’s diet and ensuring regular tooth brushing with a fluoride toothpaste, parents are advised to bring their young children to dental practices as soon as the first tooth appears. With regular visits for advice, prevention and earlier intervention we can avoid the need for general anaesthetic for the removal of teeth that are beyond repair.”

Professor Nigel Hunt, Dean of the Faculty of Dental Surgery at the Royal College of Surgeons, said: “An almost 10% (9.81%) increase in the number of children being admitted to hospital for tooth extraction due to decay over a four-year period is unacceptable. Not only is tooth decay distressing to children and parents, it has serious social and financial implications. The need for tooth extraction continues to be the number one reason why five to nine-year-old children are admitted to hospital This issue urgently needs to be addressed, especially since 90% of tooth decay is preventable. The problem is partly one of improving oral health education. The Government and dental professionals need to work together to raise awareness of the impact of sugar on tooth decay and improve children’s access to NHS dental services. Around 40% of children still do not visit the dentist each year. Regular visits to the dentist encourage good oral health and provide rapid diagnosis and treatment to prevent children from being hospitalised due to tooth decay.”

Dr Sandra White, director of dental public health at Public Health England, said: “This is a stark reminder of the high levels of tooth decay in children; we know that one in eight three-year-olds and over a quarter of five-year-olds suffer from tooth decay which is unacceptable. This can be easily prevented by making sure we brush our children’s teeth twice a day using fluoride toothpaste, take them to the dentist regularly from an early age and limit sugary foods and drinks.”

Dr Nigel Carter, chief executive of the British Dental Health Foundation said: “It is truly inexcusable in the modern day to see such staggering amount of children visiting hospital to have teeth extracted due to tooth decay, especially as it is entirely preventable. Having to undergo such treatment at a young age could be setting children up for a lifetime of poor health. Two years ago, when we were first faced with elevated cases of childhood extractions, we called for extreme reforms to diet – the sugar tax being one such proposal. Despite growing unrest, and with Government set to reject the introduction of a sugar tax, here we are again facing a huge crisis in children’s dental health in the UK, and with each passing year the situation is worsening. We need to make sure that children are supervised brushing their teeth twice daily with a fluoride toothpaste. This is a very basic message but is often something that there is a failure to enforce effectively and children are not doing properly. There is also a continuing need for us as a population to greater understand the effect of diet on oral health. An increase in consumption of sugary foods and drinks is one of the fundamental reasons for dental decay in children. Constant snacking on sugary foods and drinks can cause extreme damage to children’s teeth, these type of foods and drinks should be kept to mealtimes only. This will not only improve oral health, but also general health too. Finally, we have to all ensure that children are visiting a dentist regularly, from as soon as their first teeth start to appear.”

A Department of Health spokesman said: “Children’s teeth are dramatically healthier than they were 10 years ago, but we still know there is more to do. We are radically changing NHS dentistry, so that dentists will be paid for keeping the nation’s teeth healthy, rather than just for treating problems as they arise. All children are entitled to free NHS dental care and we want parents to take their children for regular check-ups.”

Shadow public health minister Andrew Gwynne, said: “These disturbing figures show how badly the Tories are letting down children’s health in England. The Government should be standing up for parents, particularly those living in more deprived communities, and helping them to tackle tooth decay. Instead, their responsibility deal has failed and children’s health has suffered as a result. Ministers need to wake up to the scale of this challenge and start taking action to prevent children living unhealthier lives than their parents.”

It is good these growing problems are no longer swept under the carpet from public view, thanks to the Media.

Since our letter in the Telegraph on 4th Jan, signed by 400+ colleagues raising concerns, some further 6000+ children have been hospitalised because of rotten teeth :shock:

We simply cannot accept delays in addressing these problems assertively and strategically, which is easily done by using the often repeated simple 3-point plan:

1. National Media campaign to inform ALL the public about self-help dental prevention

2. Tackle the Food Industry pumping excess sugars into so many foods and drinks that creates addiction and harm.

3. Reform the nhs Dental system so it is Prevention-based, not Target driven and unfit for purpose as it is now!

To not start doing the above, is preventing prevention itself and actually harming children unecessarily :(

It's time to act - or it's time to expose publicly the lack of action centrally!