All that's new in the world of dentistry
FEB
09
0

Race to the bottom 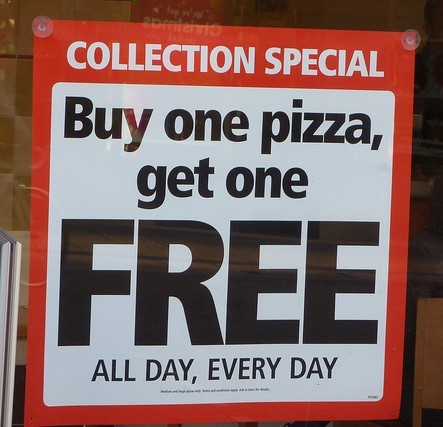 Ever since humans started to trade with themselves there has always been the need for them to feel that have got a bargain in some way. It’s human nature to actually feel like you got something worth more for less than you needed or intended to pay, and as such that drives many businesses in a constant battle to attract customers by offering bargains.

There’s a simple explanation for value in any transaction.

Everybody loves a bargain. That’s why sales are so popular all the time, trying to get people to spend money they don’t have on products they don’t need. You only have to look at Groupon and Wowcher to see the type of offers that are touted on there. This is not necessarily a problem in the consumer driven world that supermarkets and retail stores operate in, but caveat emptor is the mantra that we should all employ when looking at this type of trading. Its also the way that our Beloved Chairman would probably like to see in his Red Book of ‘How the Dental market should evolve’, at least according to his now infamous Pendlebury Lecture.

The problem with this of course is that there isn’t a particular need to have ethics in those kind of industries that can price cut and offer heavy loss leading deals in order to get people through the doors and then upsell. It also usually involves already cheap products, or those with artificially hiked prices then given a huge discount, to con the buying into thinking they are getting a bargain.

The reason for this is if it appears too good to be true, then it probably is (for someone). There stories galore of businesses that have almost or actually imploded due to a demand that they didn’t foresee when offering a ‘too good to be true’ deal. One of the most famous was the Hoover free flights promotion in 1992. Due to a huge surplus of electrical products they needed to sell, they came up with the offer of 2 free round trip tickets to destinations such as America. Somehow they failed to realize that offering tickets that were worth well in excess of the product they were trying to sell (the qualifying purchase only needed to be over £100) would result in an overwhelming demand for their products and hence the tickets. The court cases took until 1998 to settle, and cost Hoover an estimated £50million pounds. It would probably have been less costly for Hoover to scrap the products they needed to sell rather than to retain their market share. They were big enough to survive, but not everyone would be so lucky in a similar situation.

So what has this got to do with dentistry? Well, there has been an increasing trend to offer these kind of deals to entice patients into practices which are probably too good to be true. It’s a matter of contention that this is how some mixed practices operate, by offering certain NHS items to patients and then upselling the options that ‘aren’t available’ on the NHS. Even after 10 years of the new contract I am still struggling to understand the concept of how offering an NHS exam but having to see the hygienist privately works within the contract, and no one at all has yet presented an argument to me that convinces me this isn’t just a form of upselling by getting the patient in on the pretext of NHS treatment and then providing a private upgrade. Whilst business survival is paramount in dentistry in the same way as any other business, some often seem to forget there is a higher ethical plane that dentistry must lie on when running our businesses.

People outside dentistry don’t often get this, and one of those appears to be Mr Moyes, but also there is an increasing amount of people within the profession itself who have, shall we say, ‘flexible’ ethics when it comes to the upselling game and marketing in general, and who seem to forget what it means to be part of a caring profession. Is it any wonder that some GDC cases have an accusation that the financial motivation of the registrant one of the reasons the case is being heard?

Marketing is vital to the survival of dental business, but not at the expense of our professionalism, which is inextricably linked to our ethical compass. Something those who sit on the outside of our profession seem to forget. With the increase in non-registrant owned corporate practices, we have some people who see dentistry as just another business and apply the same rules to it as would be more appropriate for a supermarket. They however don’t run the same risks as those who are regulated do.

A recent example would be that of the clinics in Manchester and London offering deals on limited outcome orthodontics through Groupon. These clinics now appear to have gone to the wall leaving patients who have paid for treatment up front out of pocket and a significant number of them now facing the prospect of paying more for the completion of their treatment. What their perception of the profession will now be can only be guessed, but it isn’t likely to be good.

And then we wonder why as a profession we get bad press, and are labelled greedy dentists. Even the GDC have got something right recently in the warnings about the use of things like Groupon to promote dentistry. That does actually seem at odds with the beliefs of their consumer-rights driven Chairman. It will be interesting to see how this situation develops, since there is likely to be little or no regulatory comeback against the owner of these clinics, but the full weight of the GDC may be felt by the registrants who were involved with the treatment of those affected.

Selling a product for a price far less than it costs elsewhere will attract people who are after a bargain. Restored implants for £795? Orthodontics for £995? Is it all part of a mechanism to draw people in and then upsell using crass pseudo ‘ethical’ selling (that potentially doesn’t even meet with the requirements of Montgomery let alone those of the GDC) to actually get the purchaser to buy something that actually profitable rather than the offer? But this isn’t a pocket money purchase, and these patients are likely to be attracted by the ability to have something they thought they couldn’t afford. So the business model of upselling is not necessarily going to work, as these patients might not be able to afford a bigger investment. There is then an exceptionally fine line between your bargain purchase becoming a rip off because it doesn’t turn out to be what it was promised to be. Anecdotally, purchasers like these are often the ones who have no particular loyalty to a practice and are shopping on price alone. The same ones who are usually well aware of how to use social media to destroy a reputation, and then take further legal action….

It doesn’t matter that these people will now maybe only end up paying roughly the same as it would have cost to have the treatment provided by a different practitioner in the first place; they have been misled into thinking they could afford something that they wouldn’t normally be able to and their bargain has now become a rip-off. The point is these people have suffered at the hands of our profession and we will all pay the price for that eventually. The owner of the clinic involved appears not to be a registrant, and the business model used to draw people in means that both the clinic and Groupon are likely to have been paid up front which improves their cashflow. But surely the ethics of this type of business are not those of a caring professional? Pile ‘em high and sell them cheap whilst upselling to a customer might work in some industries, but dentistry has the subtle difference of being driven by a core ethical requirement to do the right thing FOR THE PATIENT. With the change in the rules that allowed the increase in corporate dentistry and non-registrant ownership that had been restricted since the 1920’s, one could argue that the good old days were actually better for both the patients and the profession. Were ethics and professionalism more in the forefront of the profession those days?

Whilst all this is an example of what has happened in a case where a non-registrant is involved, I think there are probably registrants who should be taking a long hard look at themselves, possibly both individually and as members of corporate organisations.

I’m afraid that I for once agree with the GDC over their warnings of involvement with this kind of marketing practice.

This is a race for the bottom financially, but more importantly ethically, that I for one am not going to compete in.