All that's new in the world of dentistry
FEB
10
0 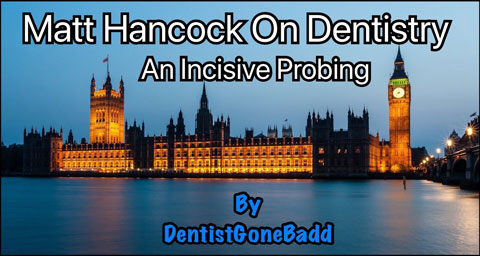 The New Health Secretary by @DentistGoneBadd 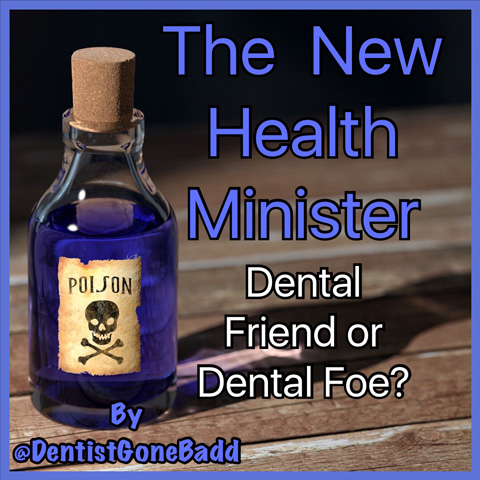 Dental Governance on a Human Scale? 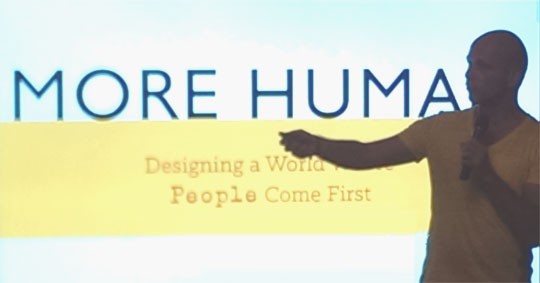 I have been reading coverage and watching interviews about the latest book by Steve Hilton. Apparently, he is the favourite political guru of David Cameron and therefore his ideas are ones we might expect to be implemented in the next five years. You might find a perusal of @stevehiltonguru on Twitter to be interesting, his TV appearances suggest he has been coach to “Call me Dave” in the way Chris Barrow has been a polarising national coach to the UK dental profession.

Our profession has massive frustrations with our daily lives and the restrictions which are all around us, reaching out to almost affect our pattern of breathing. Steve Hilton argues that what has happened, as our information society has developed, is that it has become easier and easier for systems which we must follow to be written and then codified. I believe our dental profession has been trapped by this codifying of systems, almost trying to make every dentist work and behave in the same way, with the same paperwork, the same records. The words I am using here could be used for every field in the UK, ask your spouse, your friends, professional colleagues, business people, all are being stifled by the weight of the state's hefty duvet of regulation.

In the 20th century, Hilton argues, due to the way communications worked, only the people in the centre were able to make decisions, and these rippled out, in some cases enforced. Before the Industrial Revolution, decisions were taken locally as the communications of the times meant a distant ruler in the capital city may impose large scale decisions such as war and taxation. The King in the castle could not micro-manage the daily actions of subjects hundreds of miles away, the local lord, or sherrif imposed their version for their area.

Can the philosophy of applying those systems allow us to be trusted again with making our own decisions, our own leadership, rather than being force fed by the nanny state?

Nationally, this broad idea encompasses powerful, executive, city mayors. This concept is being taken forward, we will see this as more and more city mayors take office across the UK. The benefits will be a translation of what may be a well meaning law or regulation emanating from a Whitehall Minister's desk, into what this means in a locality, where a well argued, seemingly sensible, national edict may be counter intuitive to the situation on the ground.

If there are to be more and more local mayors, or decision makers, could this idea be applied to dentistry? Many agree that the whole profession is frustrated daily by the national edicts which do not fit in with how we run things on the ground, in our own practices, or in our own areas?

In oral health provision, the needs of differing areas do vary widely. Truly local decisions will help people on the ground, the providers of healthcare working together with the recipients of this care. How can we move the profession away from political control, away from the politicos who are able to speak publicly and utter soothing platitudes, but when devising and enacting changes, they seem to be regularly and plainly wrong? But our decision makers must be of the people, possibly elected, and definitely not from the present Dental Public Health elite who continue to drive change in their narrow eyed image.

Decision making for the future of our profession needs to be more human, more involving, and not just showered onto dentistry from the top down. This itself will mean different things to different people, but will allow concepts from grass roots to flourish, we have many mechanisms for communication, to set the agenda, and make the changes. The age of imposing change must now be over.

My call now is for our largest trade union, the BDA, to take this forward to this new Government on terms that fit in with their style, their politics, their understanding,  in order to make a change to the top down mindset. This is about freedom, modern politics, and a move away from the paternal style of the last century, using modern coimmunications but not only in a single direction.

I agree TJ, the past Decade+ of top-down dictatorial experimentation has failed Patients and the Profession. It's time to acknowl... Read More
Thursday, 21 May 2015 09:11
Keith Hayes

Human scale yes, but which hum...

Evolution of a Revolution? 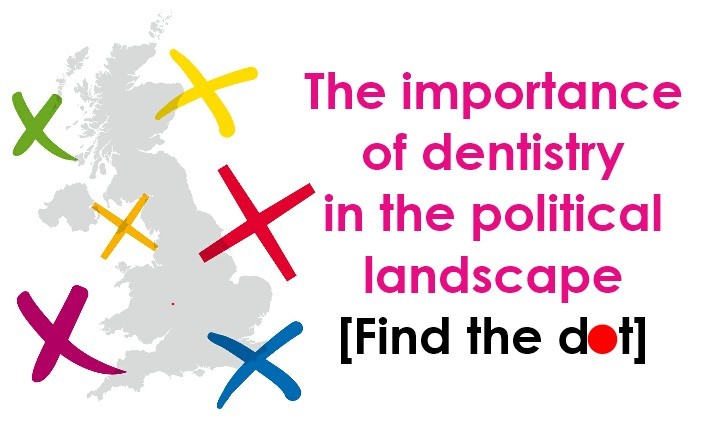 These are politically exciting times in which we live. The earth shaking events in Nepal are unrelated of course and to those of you connected in any way, I hope that our thoughts and prayers provide comfort.

The French have had their revolutions. So have the Russians. The North American history is littered with conflict. Closer to home the Scots were victim of some brutal clearances.  The Irish found themselves on a similar receiving end of some English-driven realpolitik. The English have had their civil wars be they flower based or parliamentary in origin.

The definition of the word revolution includes this:

The 8th May - the day things changed

And now we are about to witness a UK wide political revolution.  A conflict of ideas and ideals as dramatic as any more military revolution.

On Friday the 8th May, the manifestos of the various parties will be torn into small bargaining chips. All political discussion will become secret and behind many sets of closed doors as the hidden powerhouses of advisers thrash out a deal which allows either Mr Miliband or Mr Cameron to pay a visit to Her Majesty and request that they be allowed to form a Government.

Your conversation with your patients on Friday 8th will at least be a bit different from the usual weather and holidays. But what will you think?  If we have no clear large party, by definition we have a coalition at best and minority Government at worst.  First past the post only work if you have a winner. Imagine you are overseeing a race and because you forgot your stopwatch and glasses, the result looks like a sort of fuzzy dead heat where does that leave the voting system?  In dentistry of course we used to have transferrable votes for electing the GDC - heady days, eh? We were ahead of the game I suggest.

Where does this leave dentistry in the minds of our politicians?

I for one find it quite extraordinary that less than a year ago we as a profession were making headlines with child dental health and child hospital admissions being the headline concern, but allied to issues of obesity, diet and refined carbohydrate.  You all know what it takes to be dentally healthy.

The drive for caries-free children is not a mystery. You all know that.

Dentistry... why, is there a problem?

So has dentistry been, if not a headline element, perhaps a second string part of any debate?

Nah.  Non.  Nyet.  Not a dicky bird.  It’s as though the 45% of the population who never visit a dentist are happy to take their own teeth out, [and for those of you so inclined to listen again, our colleague Dr Tony Kilcoyne had to endure a strange slot on Jezza Vine on BBC R2 recently].[1]

Meanwhile the 55% of the population who do visit a dentist are commendably happy with their service and experience, and are no doubt filling out the FFT as we speak.

Well they will be, until told by dentist A that their crown and root canal must be privately funded, and yet dentist B can provide the same treatment for a friend under the NHS and everyone is correct!

Clarity of NHS provision in dentistry is a ticking political time bomb with a shortening fuse. The lawyers are the ones who keep relighting the fuse and at some point it will be a major problem.

And yet sadly, dentistry has as a profession and an NHS Primary Care service been parked in the sidings of political irrelevance. We have in political terms, been marked with a large tick.

Have the politicians taken their eyes off the dental ball? You might think so. If you read the NHS Confidence Survey by Practice Plan, [2]  the mood of dentists is darkening from so many angles it is hard to find true optimism anywhere for Government funded activity. [3]

Well come the 8th May we are going to witness the start of a Revolution whoever polls the most votes.  Indeed those who poll the least may feature the most.

Perhaps dentistry will feature during the post-election negotiations?

And of course for those of you in Manchester for the BDA Conference…  [4]   Well maybe that will be the long-needed start of a dental revolution.

A chance perhaps for at the very least a bit of private revolution.

Enjoy the long weekends coming up.  That grass is still growing...