All that's new in the world of dentistry
JUL
09
0

How To Grow Your NHS Dental Practice (part II)

How To Grow Your NHS Dental Practice

I wrote part one of How To Grow Your NHS Dental Practice a few weeks ago, the reason that there has been a little delay is that I have been putting into place a new product to help solve this problem.

So let's have a look at the issues for most NHS dental practices. Unless you can get the local PCT to give you some more UDA's you simply can't grow your NHS dental practice revenues and because staff costs, and inflation continue to grow this in effect means your revenues fall every year.

Add to that the growing uncertainty about the new contract, it puts practices that are wholly or mainly dependent on an NHS contract in a difficult position.

So what is the solution? Well of course there really only is one solution to grow your NHS dental practice and that is to sell private treatment, which I assume doesn't come as any surprise whatsoever, in fact it is blindingly obvious.

But here's the catch, just how do you grow your NHS dental practice with private work, because there are some very difficult obstacles to overcome when trying to sell private treatment when you depend on your NHS patients and that contract.

Let me put one myth to bed straight away, it doesn't matter where your practice is or what the demographics are, there are people out there who will find the money for private treatment, however deprived your area is, please believe me on this one. despite what your associates may tell you.

However there is one practical problem to growing your NHS dental practice you will have to overcome and that is this. Can you actually deliver the private treatment e.g. straightening, whitening, implants, smile makeovers. If you can't deliver then you need to find a way to do this. But I am going to assume that you can deliver private treatment in some form or other.

So we know what the problems of how to grow your NHS dental practice are, how are you going to overcome them. The biggest problem you have to solve is letting your patients know what you can offer them.

So how are you going to sell private treatment, let's just remind ourselves of the issues again:

It's not often I plug my products or services in these blogs but I now have the perfect solution, it is our  "Reception Information Centre", this comprises of three elements.

In order to grow your NHS Dental Practice you need time to tell your story and you simply don't have it in an NHS practice so this system does exactly that for you, it will encourage your patients to ask what you can do because they are now informed, even asking for a white filling rather than a standard one. All the above is bespoke to you with your logo, colours and even YOU in it. It is the perfect solution to the age long problem of how do you sell private treatment to NHS patients.

I will have examples of the above in a couple of weeks with pricing to match.

There are other options for informing your patients what you can do and I'll cover these in a couple of weeks, but they all involve much more expense and time and effort on your part.

So if you would like more information on the "Reception Information Centre" or how to grow your NHS dental practice or any other dental marketing issues, call me on 01767626398 or email me at This email address is being protected from spambots. You need JavaScript enabled to view it. or visit the website www.dentalmarketingexpert.co.uk

Our national press love a headline quoting a statistic on the average house price or the average wage. Statistics containing an ‘average’ often make a good story because they divide opinion. However, some should be treated with caution.

Practice values are often subject to similar treatment and while surveys might contain some useful guidelines on the general state of the market, they often fail to uncover the finer points of valuing the goodwill of your dental practice.

There is no doubt that there is a significant variance in the values of practices in the south east of England, the major English cities and more remote locations. The same can be said of Scotland, with practices commanding higher prices if they are in or close to Glasgow, Edinburgh or Aberdeen.

Hotspots by location tend to be town centres/highly populated areas. This is simply because these areas enjoy a higher concentration of dentists seeking to buy a practice. In these locations the majority of sales are likely to be to dentists wanting to be ‘owner occupiers’ as they are the largest group of interested buyers. Typically these hotspots are (but not restricted to):

When hotspots are less important

Body corporates are as active as ever and are seeking to purchase across the country. Do they pay different values dependent on the areas? Not generally. Their assessment of goodwill value relies on the ‘super profit’ that the practice generates (a multiple of the earnings before interest, tax, depreciation and amortisation – known as EBITDA). This calculates a value, regardless of where the practice is.

It would be wrong to say that location doesn’t influence the price a corporate will pay for your practice. Location becomes important if a corporate has a foothold in a particular area. Running a group of practices in proximity will bring economies of scale, which is a key mantra to the investors behind corporate dentistry. Therefore, the location factor on price in this case is more regional than national.

What impacts on price other than location?

Obviously, the location of a practice isn’t something practice owners can change so if yours is not in a price hotspot, what can you do to increase its value? Most patients will come from the locality – which can sometimes be quite a small area depending on the transport infrastructure and other factors. There are exceptions, but few general dentistry practices find it possible, despite good marketing campaigns, to broaden the area from which patients attend. Offering specialised services (cosmetic dentistry being an obvious one) can, however, be effective in drawing patients from further afield.

The biggest single factor affecting values is probably the basis of the treatment provided. Some practices sell for significantly over the asking price due to the high volume of offers at the closing date for sealed bids. These tend to be NHS practices. The banks see strength in an NHS income stream and will lend readily as such, hence the high number of finance-ready buyers available. An NHS practice in a northern city or even a more remote location is very likely to command a higher price than a private practice in the south east.

While private practice values may be enjoying a value resurgence due to the improving economy, buyers are more likely to pay 'top dollar' for those practices where capitation scheme income is greater than Fee Per Item income. Again, banks are more comfortable lending on this proposition as they perceive the income stream to be more secure.

Turnover is vanity, profit is what matters

To understand how we might break a value assessment down even further, let’s consider two similarly-equipped NHS practices with the same turnover, in the same city, in the same street. One has a consistently higher level of profit than the other due to lower staffing costs or better cost control. I know which would command the higher price.

Martyn Bradshaw is a practice valuer and sales agent with PFM Dental. For further information on PFM Dental visit pfmdental.co.uk

PFM Dental and Patient Plan Direct, proud sponsors of GDPUK, have come together to create a new blog area on GDPUK: Professional Services for Dentists

The area will provide expert opinion and advice in key areas relating to professional services within dentistry including:  Practice valuations, Business management and operations, Financial, Accountancy and Legal. Guest bloggers are experts in their field with one thing in common – they all work exclusively with dentists. The blog represents an excellent all-you-need-to-know source to keep you ahead of the field in non-clinical matters.

PFM Dental are one of the leading specialists providers to dentists within the UK providing: a dental sales agency, practice valuations, independent financial advice and chartered accountancy services.

Patient Plan Direct is the fastest growing, most cost effective and flexible plan provider in the market - Experts in plan launches and plan transfers. 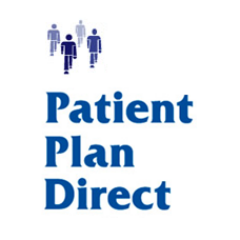