All that's new in the world of dentistry
NOV
23
0 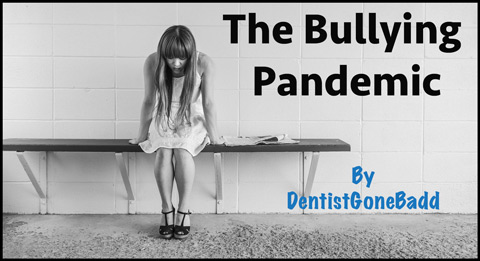 It was a black day anyway.It had been announced earlier that morning, that Freddie Mercury had died, so I wasn’t particularly bathing my colleagues in the joy-bringing light of my sunny-disposition. I was sitting in my surgery at lunchtime, reading a newspaper (This was the early 90’s, when YouTube was merely a glimmer in Tim Berners-Lee’s eye), when four glum-looking nurses trooped in. 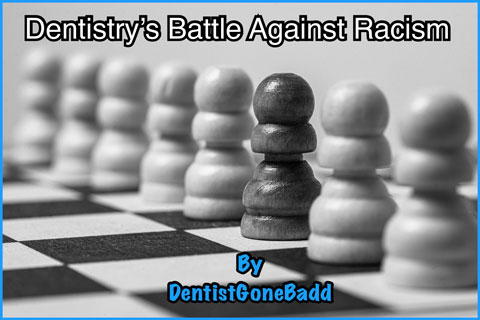 One working day in April 2018, precisely at 4.50pm, ten minutes before the unseemly scramble by the dentists to get out the door to avoid the dry-retching of the nurse’s as they clean the filters out, I was presented with a sheet of paper.

A nurse delivered the A4 sheet with a flourish and the warning that our corporate practice manager required my signature before five, since she was going away for a few days.

I certainly hadn’t completed the in-house training in question personally and definitely hadn’t noticed a facilitated practice discussion, unless I missed it because I was engrossed in Facebook at the time, doing a fun quiz on ‘is your line manager a homicidal psychopath?’ (My answers were probably of great value to Cambridge Analytica and the ‘Leave’ campaign).

More interestingly, three of my colleagues hadn’t even been employed by the corporate around the date mentioned and I figured that two of them couldn’t possibly have done the training since they are new trainees, though they MAY have read the policy during induction. One of them admitted they had only signed the policy sheet “To avoid a lot of hassle.”

I dismissed the nurse with an “I can’t sign it since I haven’t done the training,” to be met a few minutes later by a text from the head nurse with a link to a video on, presumably, needlestick injuries.

The upshot was that I actually went online and found the subject on the website of a training organization I occasionally use, and produced a CPD certificate before six and signed the form anyway.

Yup, I wimped out rather than be met with the ‘I’ve Been Bagging Angry Wasps Into A Sack With My Bare Hands Face’ of my corporate practice manager.

Of course, the nub of the above was that someone in management (I don’t know at what level) had fouled up and had realised that CQC requirements had not been met. In order to meet requirements, staff had been browbeaten into fraudulently signing a statement that would give the authorities the impression the company was complying with regulations.


And the reason I have outlined the above?

At this time of year, independent dental providers are bidding for contracts against the corporates and increasingly, they are being undercut by the latter, who use their low wage, high trainee workforce ratio and dubious interpretation of NHS regulations to undercut independent practices.

NHS commissioners are desperate people. They need to secure services at the lowest possible rate and the corporates present them with exactly what they need to satisfy the number-crunchers at the Department of Health - high numbers at low prices. To quote from a popular 70’s sitcom, “Never Mind The Quality, Feel The Width.”

It’s a subtle form of bullying, but it’s bullying nonetheless. The Independent practices cannot possibly hope to compete on an equal footing with companies that run their practices on trainee nurses and (largely) EU dentists willing to work for £8 to £9 per UDA until Brexit is put into effect.

It’s the equivalent of being elbowed in the face by the school thug as he pushed into the lunch queue.

I have worked for a corporate for over five years after selling my own practice, and during that time we have had a huge turnover of nursing staff. As nurses qualify, they leave within months for the independent sector - not once has a qualified nurse been replaced with a qualified nurse. The company just takes on another trainee, and often the £9-per-UDA associate finds him/herself providing the in-surgery training.

The playing field is definitely not level. Low quality materials, poorly maintained equipment and restrictions on which laboratories can be used all contribute to the ‘Poundstretcher’ mentality. At one point last year, we had absolutely no x-ray facilities while head office sourced the cheapest scanner possible.

Unfortunately the commissioning Area NHS Teams are either oblivious to what is happening in the corporates, or are turning a blind eye. And by no means is my corporate the worst offender - I’ve seen worse with my own eyes. As corporates go, mine is considered to be one of the ‘good guys.’

So what is to be done? Your guess is as good as, although I would LOVE to see widespread and coordinated unannounced CQC inspections nationwide at 9.00am. Or else a mass walkout of the Nash by the independents? The corporates definitely wouldn’t cope - few of them hit their contracts annually anyway.

As for me, I’m off to Poundland.