All that's new in the world of dentistry
MAR
20
0 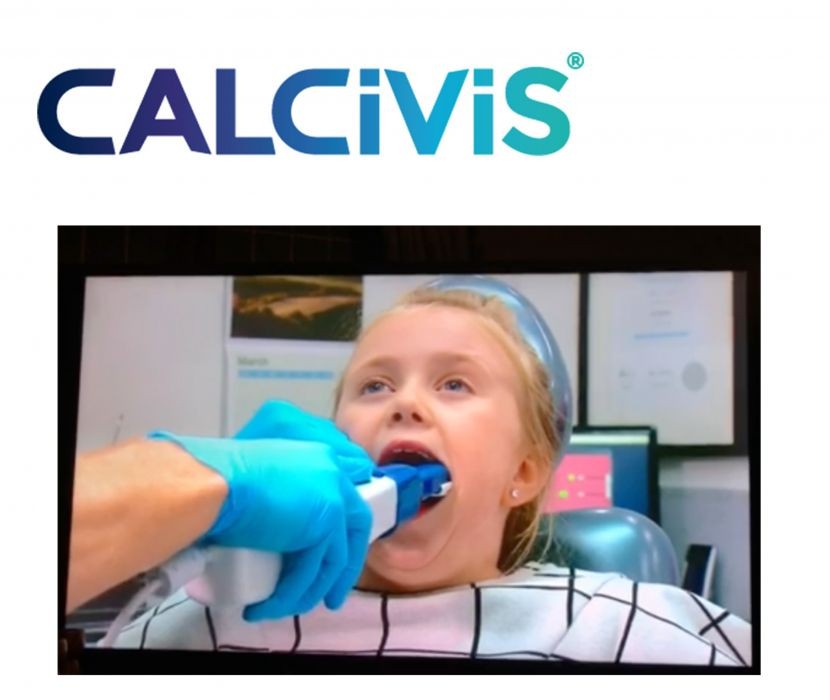 Adam Christie the CEO of CALCIVIS was interviewed by BBC Scotland this week. He spoke comprehensively about the development of the CALCIVIS imaging system and told viewers how this innovative new dental device is helping to revolutionise preventative dentistry.

Filmed at a dental practice in Edinburgh, Adam showed how the CALCIVIS imaging system works and explained:

Viewers saw how the CALCIVIS imaging system produces a very short, low-level flash of light that is detected by an integrated intraoral sensor and presented as a glowing, digital map at the chair side. It was agreed that CALCIVIS offers dental practitioners an early detection device to identify enamel demineralisation in the earliest, most reversible stages, which enables them to plan prompt management to prevent dental caries.

In addition, the non-invasive CALCIVIS system helps patients to understand their risk of dental caries more easily and motivates them to improve oral hygiene levels.

As Adam Christie explained to the BBC, “CALCIVIS is a first for British Dentistry. Never before has it been so easy to detect areas of active demineralisation so efficiently.”

The outer protective layer of the teeth, dental enamel, is the hardest substance in the human body.[1] Ninety-six per cent of its composition is mineral – almost entirely a crystalline calcium phosphate, called hydroxyapatite1 – with water and organic materials comprising the rest. As such, it is an effective barrier that protects the more sensitive layers of the tooth. Indeed, enamel can withstand bite forces as high as 1,000N on a daily basis[2] and has a relatively low wear rate,[3] making it the ideal protective material for the teeth.

Enamel is formed through the process of amelogenesis, beginning in developing babies during the third of fourth month of a pregnancy.[4] After this time, the new enamel forms at a rate of about 4?m per day4 until the tooth eventually erupts from the gum. Interestingly, before this happens, at some time during the mineralisation stage of enamel development, the ameloblasts – one of the integral proteins of enamel development – begin to undergo programmed cell death. As a result, enamel has only limited ways of regenerating itself once it has been damaged, through wear, acid attack or dental decay. The repair in the mouth is governed by the intricate balance of demineralisation through day to day challenges and the remineralisation by calcium and phosphates deposited by specialised salivary proteins.

This is a prevalent issue since, due to the nature of its composition, enamel is susceptible to almost constant demineralisation.1 As we know, there are many different reasons for demineralisation, but by far the most important is the ingestion of fermentable carbohydrates. Sugars are, of course, the common culprits – particularly sucrose – and when these are introduced to the native bacteria of the mouth, lactic acid is formed, significantly lowering the intraoral pH and causing demineralisation,1 and this may lead, if unchecked, to dental decay.

Fortunately, there are a number of things that can help prevent or, at least, slow the effects of demineralisation. Perhaps the most effective – and subsequently overlooked – is saliva. By regulating the pH levels in the mouth, saliva helps prevent enamel from decaying; indeed, its importance to caries prevention can be assessed by the fact that people suffering from xerostomia generally have a higher incidence of dental decay.[5] Saliva also contains antimicrobial compounds and is hypersaturated in calcium through a group of proteins called statherins.

There are also a number of artificial prevention and remineralisation therapies that can help maintain the desired intraoral equilibrium. The fluoridation of drinking water and toothpaste is, perhaps, the most recognised – and has demonstrable results, as it leads to the formation of fluorapatite, which is much more resistant to acid challenges. Indeed, fluorapatite is an important component in tooth enamel and can be strengthened by the presence of additional fluoride ions.

Maintaining the equilibrium between demineralisation and remineralisation is one of the most important factors in preserving good oral health – and preventing dental caries. As we know, dental caries is one of the most prevalent dental health issues in the UK – and is a direct result of an imbalance in the demineralisation / remineralisation pattern. If a person’s diet or even genetic predisposition allows demineralisation to overtake the body’s natural reparative functions, caries results. Indeed, as the crystalline structure of enamel begins to break down, so called cariogenic bacteria – most commonly Streptococcus mutans – is able to gain a foothold on the tooth’s compromised surface, expediting decay and causing cavities. As we are well aware, once a patient has a cavity, there are few clinical options available other than placing dental fillings, which further compromise the tooth.

While it may be one of the most prevalent health issues in the world,[6] dental caries is still quite hard to detect, and particularly in its earliest stage, when remineralisation therapy can still repair the damage.

Fortunately, however, our understanding of dental caries has increased significantly over recent years and new technology is presenting itself that can aid dentists in early caries detection and subsequent treatment and prevention.

Cariologists have discovered that an effective way of detecting active demineralisation at its initial stage is to monitor a tooth’s calcium components at a molecular level. For example, as demineralisation occurs, calcium ions are released from the crystalline structure of the enamel. These ‘free’ calcium ions then start to collect in solution in what are known as hydration shells – small pores and pockets that increase as the enamel’s crystalline structure begins to break down. The presence of free calcium ions is indicative of the progress or active status of demineralisation, providing a means to track the process at its earliest – and most reversible – stage.

This process is the basis of the innovative CALCIVIS imaging system. By introducing a unique and highly specific recombinant, luminescent photoprotein to the free calcium ions that are a result of active enamel demineralisation, a tiny flash of light – termed as a chemiluminescent signal – can be produced. This has enabled CALCIVIS to produce a highly sensitive imaging device capable of producing a chair side map of active demineralisation, giving practitioners the necessary information to begin first-response preventive treatment before a cavity can form and more invasive treatments are required.

Preventive dentistry is regarded as the future of dentistry. Protecting a patient’s natural teeth is a paramount consideration and professionals must be prepared to focus on the early diagnosis and prompt treatment of dental caries. New technologies are making this possible by giving dental professionals the means to offer high-quality and accurate early intervention and preventive care in the first instance.

For more information visit www.calcivis.com, call on 0131 658 5152 or email at This email address is being protected from spambots. You need JavaScript enabled to view it.