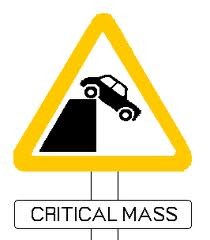 2014 is developing as quite an interesting year if January is anything to go by.

Check your straps Mesdames et Messieurs. The ride is getting rough.

For a public letter to have any onward effect, a body of opinion must develope into an irresistable call for change.

ITV's Daybreak in fuelling further the debate produced contrasting performances. The passion of Tony Kilcoyne winning hearts and minds was evidently enough for wee Lorraine ... But the seat shuffling discomfort of John Milne was sadly not the supportive powerhouse that the profession needs from its leadership.  Maybe he needs to get off that fence.  The BDA's PR release, reminding us all of the power of the pilots, suggests that you can kick the GDPC's door down, but the deals are already being done for the new Contract Reform.

If GDPUK is anything to go by, there most certainly is a developing momentum.If the lack of response from the DH, robust or not,is as deafenaing as such political avoidance would normally be considered, I think it fair to say that Dr Kilcoyne and his band of merry men may have found a weak point.

So what's in the pot, cooking at this time?

We have the demand for DH honesty about what is or is not available under the NHS - if mixed practice is to continue, definition of the boundaries and rules is a must - a deal breaker if you will.  Austerity measures in wider Government surely mean the timing is right for a properly defined basic service.  It simply cannot be anything else.

We have the terrible scandal of  Foundation Training and the lack of availability of places - only this week we read a powerful comment on GDPUK from a graduate colleague who has fallen foul of the CoPDenD Stasi for a second year.  Given the EU regulations, Foundation Training as a compulsory requirement must be dead in the water surely?

on an aside, apparently the GDC think the the NHS is the Gold Standard. Yes I splutterred into my cornflakes too!

That'll do for this month.  Lets see what next month holds!

Tweet
Tags:
Dentistry Dental GDPUK.com
Is Social Media Too Time Consuming For You?
Why Invent a New Dental Implant? Part 2

Backup - Protecting all of your data