Eddie will be a forthright, outspoken blogger for GDPUK, he will keep GDPUK readers well informed with the important aspects of changes facing the profession.
Print
4 minutes reading time (777 words) 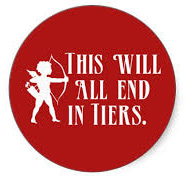 In his independent review NHS dental services in England, Jimmy Steele placed advanced care at the top of the pyramid he created for prioritisation, and care pathways determined how patients might scale this structure to reach the pinnacle.

The 2012-4 pilots were created following the review with the type 3 pilots hoping to explore the impact of separating out remuneration for complex care. There is little data yet available to see what effect that has had on participating practices, albeit there have been skill mix changes presumably so that more simple clinical procedures can be carried out by others, rather than dentists.

What was not described in his review but now seems very much running alongside the pilots, are developing care pathways into tiers of care and what experience dentists should have to carry out this care.

For all the specialities within dentistry, academics and members of Royal Colleges appear to have been meeting to define what's in and what's out of these tiers, without one significantly important component. The opinions of those that provide 95% of the care provided to dental patients, some General Dental Practitioners.

I asked at LDC Officials Day "what was wrong with the care currently being provided" and was told there were no quality markers, and the new NHS was all about outcomes and quality. Perhaps the previous abolition of dental reference officers and the complete absence of anyone looking into patients’ mouths, have contributed more to the lack of quality markers than anything else, but that’s another argument.

When one looks at the definitions presented by the Deputy CDO at the same event, for tiers of experience, tier 1 is defined as a dentist with a level of competency as defined by the curriculum for dental foundation training. So by exclusion surely every dentist with more experience than that will fall into tier 2?

Not so, Eric Rooney part of Jimmy's original team for his investigation gave more details to LDC officials of the hoops needed to be jumped through for the tier 2 badge.

A reflective portfolio, an observation by a specialist or Royal College examiner, and a multiple choice question paper are what will be required to verify your ability. To many who qualified with a BDS, this may come as a big surprise to know what you have been providing as a generalist to your patients for a large part of your career, now needs such a badge of honour.

Of course you can almost visualise those at the Royal Colleges rubbing their hands together with the increased cash flow such a move will create, and presumably on-going costs for those with the badge for continued accreditation.

However the Dentist with Enhanced Skills (DES) was supposed to replace the Dentist with a Special Interest (DwSI) an accreditation given by Primary Care Trusts, as a national recognition for NHS England, but the direction seems to have been hijacked.

Few PCT commissioners utilised the services of these level of providers. Indeed the re-procurement of Orthodontic services, so poorly carried out mainly in the north of England a few years back, explicitly excluded DwSI, many who had been through a clinical assistant training programme, limiting contracts to those on the specialist register.

Other examples saw endodontic and oral surgery care commissioned at rates unsustainable across a wider service and many of these as time limited services have withered on the vine as they ran out.

So what is behind the enthusiasm? Undoubtedly the 2006 contract has perversely incentivised referrals of care that under item of service were done more in practice, and there are questions about the quality of graduates and their skills, and the creation of a career pathway in primary care.

There was a time when practices were less restricted that associates developed skills under practice principals and assisted the further development and growth of successful practices, the capping effect of 2006 has limited that too.

Some of the profession don't seem to share my worries about the development of these tiers, under the impression that it will give an opportunity to move secondary care services and money into primary care. No doubt some will be queuing up to be first to get their badge, PDS + contracts showed us what dentists would bid for when the £ sign was waved in front of them. Others believe that such dreaming is just that and the project is unaffordable.

What seems to be developing though, is what service might be included in any contract reform and how monies will be moved from those unable to provide some types of treatment or insisting they get someone else into the practice to do it.

Contract reform may all end in tiers after all!!

Eddie Crouch is Secretary of Birmingham LDC and a dentist with an interest in Orthodontics. He has held elected office at the BDA Principal Executive Committee but resigned in October 2013, and General Dental Practice Committee of which he is still a member. He challenged the DoH on PDS contract termination clauses successfully via a Judicial Review in 2007. He chaired LDC Conference in 2008 and has recently been the first dentist recruited to a Clinical Senate.

More posts from author
Thursday, 27 February 2014 A Call to Action or The Last Post?
Wednesday, 11 December 2013 It may all end in tiers
Wednesday, 27 November 2013 Leadership on the cheap?