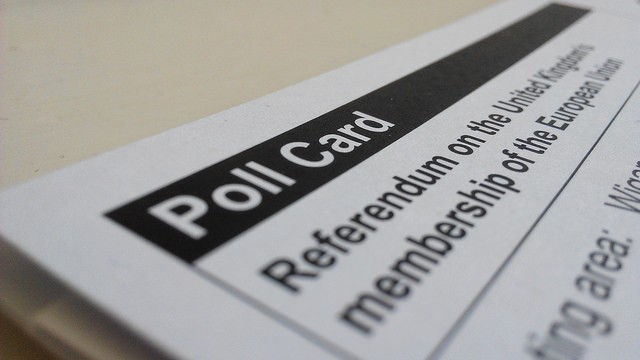 It’s no secret that I’m firmly in the Remain camp.

Until recently, the EU was a largely irrelevant part of my life; something that is there, that I don’t need to worry about, that was barely noticed in the background. But the claims by those wishing to leave have turned passing indifference into passionate support.

I am strongly pro-free market, I believe in personal liberty, and in economic liberalism, but with fairness for all, meaning the removal of artificial barriers and monopoly trading. The EU has delivered this in spades; we know that if we buy Romanian pork, it is made (or rather should be) to the same standards as pork produced in the UK; we know that if we travel abroad, we will be treated according to over-arching laws.

The EU provides regulatory framework; it makes sense that where trans-national trade is concerned, the rules are arrived at through trans-national organisations. But we must also place human rights into the fray – it is not right that a company in one country can produce an item using labour that is forced to work 60 hours a week whereas another country can only allow 35 hours. Trade is increasingly globalised and our companies compete with companies from all over the world. What the EU promotes is a level playing field for all companies, allowing survival of the fittest, while ensuring that competitive advantage is not derived by transferring the costs from company to workers. If we all play by the same rules, only the strongest company will survive. If the rules are different, then one country can make their workers’ pay for the success of their businesses.

We also have harmonisation of regulations. This means that our companies have access to other countries’ internal markets that could otherwise be blocked through unnecessary or discriminatory legislation – perhaps the best example being the German purity laws, which created an artificial barrier for non-German beer to be sold in Germany. The EU forced Germany to remove these barriers for imports, and as a result, you can buy a can of Tennent’s Super in a supermarket in Bremen, should your fortunes be so unkind.

Britain has always been a trading nation, from the tea clippers in the days of empire, to the financial trading of the 80s and the digital marketplace of the naughties. We must remain relevant. We must modernise as life changes around us. We are better placed to trade as part of the EU, we are stronger in the EU and we share a bright future trading with our European brethren.

Duncan Scorgie is a dentist practising in Midlothian

Duncan Scorgie has not set their biography yet