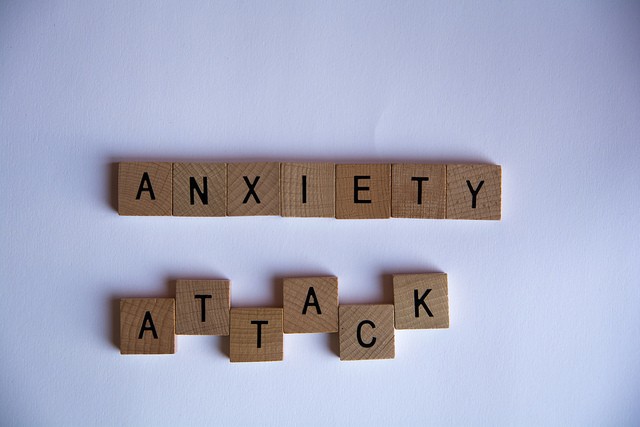 We all know what fight or flight means. We all know the situations where you feel the rush of tension before you panic and go one way or the other.

The third response, freeze, is often overlooked. But freeze is exactly what I did, day in, day out, for years.

I froze. Standing, at the counter in my local big name coffee shop, for what felt like an hour. In reality it was only a second. What had caused this rush of fright?

The barista repeated. “Do you have a busy day?”.

This wasn’t in my mentally rehearsed plan. I was ordering a cappuccino, the same as I did every Thursday in the morning, part of my weekly coping strategy. Going out of the house, doing SOMETHING, was better than sitting at home, waiting for the afternoon shift to start. I had become accustomed to going to the coffee shop, ordering the same thing every week, and gradually became more and more comfortable with my surroundings. And then this happened. I couldn’t go back. Well, at least not for a long time. I was comfortable, and she had ruined it by asking a straightforward question that any reasonable person would have answered without hesitation.

Social anxiety is a problem I’ve had since I was 8. I don’t remember exactly how it happened, but I was never really comfortable around people. Having someone who was obviously uncomfortable around other children drew the bullies out like flies to a turd. So I was a very obvious target of bullying. I froze, all the time. I couldn’t do anything. It got worse and worse, every time I was asked anything by an authority figure, I ground to a mental halt, unable to answer and unable to move. Rabbit in the headlights.

I was pushed into social events by my parents, who were clearly at their wits end and thought that forcing me to go to interact with other people would help. It didn’t. It made things worse.

As a teenager I got great solace in music. The louder the better. By putting earphones in, I could block out the cacophony of the outside world, and if anybody tried to talk to me, the brief time it took to take the earphones out gave me a fraction of a second to steady my nerves.

And then I discovered alcohol. I went to university, unable to feel comfortable when surrounded by anybody, and I found that at first beer took the edge off, then it became whisky. At the same time, I started smoking cannabis. Cannabis was wonderful. My anxiety was gone, I could be much more “myself” and it even allowed me to sit in a room and have no nerves at all.

But illicit drugs and alcohol soon took their toll and were starting to take over my life, as I descended down the path of alcoholism, and being so anxious of normal life that I couldn’t function without the instant and total relief brought on by cannabis.

I decided to stop everything. I stopped drinking, I stopped smoking cannabis. I was left (briefly) with the one drug that provided any form of relief, nicotine, although I stopped that fairly soon after.

Meeting new people was always very tough after that. It went back to how it was when I had been at school. I completely froze. When you freeze and struggle with conversation, people make all kinds of assumptions, with the stories sometimes making their way back to me through friends. If only they had known the truth, I don’t think people would have been so judgemental. The worst experiences were when people talked ABOUT me, to a third party, when I was right in front of them, on one occasion telling the third party that I was “the weirdest person I’ve ever met”, and the other, that I had “zero personality”. That was a trigger for a complete meltdown, and when it happened I struggled to leave my flat for a couple of weeks afterwards on each occasion.

And so on to the world of work. Eye contact became increasingly difficult. I somehow managed to develop a different persona for dealing with patients, and could blag my way through. I was able to talk to patients with comparative ease, but I always kept it very informal. Staff, however, were almost impossible to deal with. The more people tried to assert themselves as an “authority figure”, the worse it became. I once again got labelled as “weird”, got left out of social events, and then told that I made no effort to socialise. I do wonder if they knew how much effort it was to smile and say “Hi” to somebody in the morning, whether the same judgement would be made.

I recently decided to get treatment for this as I was incapable of living a normal life. It’s a lonely existence, plodding through life without any real social interaction. Social media has equally helped and hindered me at the same time, in that while providing an outlet for at least some socialising, it has also acted as a crutch, and got in the way of normal social interaction.

I had 8 sessions with a psychotherapist to try to overcome the social anxiety, and while progress is slow, the realisation that nobody looks or cares about me or what I say, was actually a huge relief. My GMP prescribed some antidepressants that unfortunately made my anxiety worse. However, after nearly a year of pushing myself into more and more uncomfortable situations, I’m much better. I can finally look somebody in the eye, and I don’t freeze when the conversation goes “off script”. I don’t take any medicines and I am no longer receiving any psychotherapy.

My only regret is that I hadn’t been able to access the treatment earlier.

A very insightful and informative blog.

We are too quick to judge others sometimes, yet too slow to consider and appreciate how others may feel and cope 'differently' to ourselves, but different doesn't mean bad.

As for being willing to ask for help AND receive it, well, that takes courage too and sometime takes a while to achieve it.

Never under-estimate the good and positive influence you can have upon others, even if not feeling 100% great yourself.

One day at a time, small steps, progress is possible.

Thank you for sharing your experiences - someone will read this and be encouraged they are not alone and not helpless either.

0
A very insightful and informative blog. We are too quick to judge others sometimes, yet too slow to consider and appreciate how others may feel and cope 'differently' to ourselves, but different doesn't mean bad. As for being willing to ask for help AND receive it, well, that takes courage too and sometime takes a while to achieve it. Never under-estimate the good and positive influence you can have upon others, even if not feeling 100% great yourself. As the saying goes, to the World you may be one person, but to one person you may be the World! One day at a time, small steps, progress is possible. Thank you for sharing your experiences - someone will read this and be encouraged they are not alone and not helpless either. Yours impressed, Tony.
Cancel Update Comment