A varied commentary of what is what in UK dentistry and beyond. Some economics, some tech as well as some futurology.
Print
4 minutes reading time (839 words)
Featured 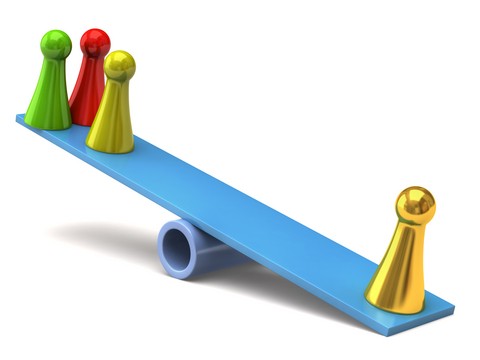 This period of low interest rates in the UK combined with changes in society and demographics have had some long term effects which are far from coming to roost. Since the financial collapses of 2008, UK Government policies have been to minimize the economic shock; people have been protected by saving the banks from failure and also by continuing low interest rates.

History tells us that economic policies designed to insulate from short term shock tend to come with a long term consequences. But no-one has thought about a cohort affected more badly by this economic effect, hard working young adults. They have to deal with high property prices and high rents, less secure employment together with rock bottom interest rates if they manage to save, but high interest rates if they have credit card or pay day debts.

Will there be friction between the younger generation whose lives are markedly different from their parents in so many ways? There hasn't been a revolution or even a rebellion, just a combination of changes of circumstance in society at large – greater access to further education, starting careers later on average, starting families later, so many important aspects of life have been shifted by a few years.

One piece of good economic news in the UK, along with growth of the economy, has been the gradual fall in the employment rate in late 2013 and early 2014. However, in UK dentistry, this seems to be in reverse, through unintended consequences, and the combination of many seemingly unaccountable people acting in what they think is the right way, but having a terrible effect on the lives of young dental graduates.

In our dental profession we are now seeing, possibly for the first time in history, unemployment of newly qualified dental professionals. What is now known as the Dental Foundation Training [DF1] scheme, which was commenced as an educational process to help young graduates move to the pressures of working as a trusted professional from those of a dental student. This scheme has now, over many years, become a requirement that dental graduates must complete before they can do any work within the NHS. They have to have a "performer number", obtained by joining then completing this scheme.

Interestingly, graduates of dentistry from the EU do not have to gain this requirement in order to work in the NHS. However, in the present national foundation dentistry scheme, EU dental graduates have equal standing with UK graduates, and each year some of those from the UK miss out, and cannot work. They may reapply but can only enter the recruitment process twice. After that, if they fail to get through an interview and psychometric assessments, they can have no future career in NHS dentistry EVER.

In the interview process which started in November 2013, with results issued in mid January with no fanfare nor press release, it is estimated [and this is a SHOCKING figure] that more than 10% of UK dental graduates have been left with no employment next summer when they graduate.

What a waste of studying, hours of hard work and sacrifice. Students these days live from loans, those qualifying presently have student debts around £30,000 with potentially no prospect of working in dentistry. Last year, tuition fees rose to £9,000 per annum, so those qualifying soon will have debts of £60,000 or more, yet carry this risk of not having a job when they pass their university examinations and graduate. A further insult is the 18 month rule, where applicants have two chances to apply and go through the process. If then unsuccessful, the artificial rule that bars them from following their career in the UK adds to the injustice.

In addition, this pre-judgment of their chance of a career is insulting and morale sapping, to say the least, before even sitting for their final exams, which seems to relegate those exams, which are the true arbiter of whom is fit to practice, not this FD1 assessment.

Dental colleagues rightly ask where is the British Dental Association in all this? Cannot the dental schools do something – teams of staff there must be angrier than GDPs. And what about COPDEND, who administer this – you must know what is going on? Why can someone take the problem by the horns and change something to benefit UK dental graduates and exclude EU nationals qualifying elsewhere in the EU? Even if you believe there is a risk of breaking an EU law, surely that is better than wrecking the careers and morale of hundreds of young dentists, prejudging the results of their university finals?

The inter-generational friction I referred to earlier might surface in the dental school. Morale must have been affected by this unjust system, university staff must feel that action must be taken for the sake of those they educate.

This is now the third year of this disastrous situation – something must be done, someone must take responsibility, and make the system fair for UK dental students.

I gather that a group of private dentists attempted to organise a privately run version of foundation training, to no avail. It`s a shame offers of help are turned down. Very dispiriting.

0
I gather that a group of private dentists attempted to organise a privately run version of foundation training, to no avail. It`s a shame offers of help are turned down. Very dispiriting.
Cancel Update Comment