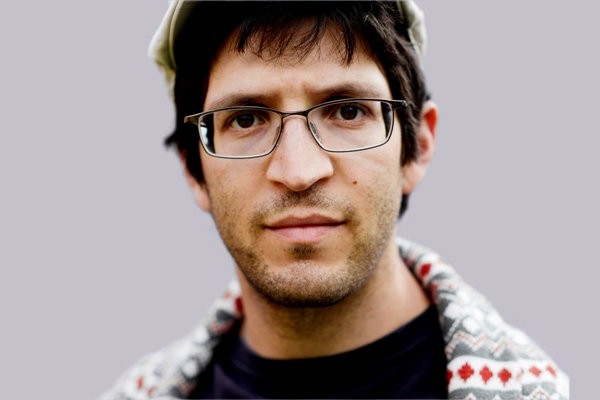 The GDPUK Conference in Manchester on the 4th of November was promised to be slightly different to the standard dental conference. We are pleased to announce the addition of the musician and artist Gideon Conn to the lineup on the day. Below you will find a short bio of what he will bring to the event in November.
Gideon Conn is a singer-songwriter, originally from Manchester but currently based in London. He tours extensively around the UK, having played at many UK festivals including Glastonbury Festival. Gideon is also an accomplished painter, drawer and sculptor, Gideon sells his artwork and accepts commissions through his website and his official Facebook page.
Conn's songwriting combines fingerpicking acoustic playing with jazz-inspired chord progressions and hip-hop rhythms. His vocal delivery encompasses singing, rapping and scatting. His music varies between a synth-laden modern sound and a more lo-fi production. He takes inspiration from a wide range of influences, primarily in soul and jazz music, and has expressed admiration for artists such as Stevie Wonder, Badly Drawn Boy, OutKast, Nat King Cole and The Yeah Yeah Yeahs.
At the GDPUK Conference, Gideon will be performing two short acoustic sets where he will showcase his range of talent. He will also be doing some drawings of the day in his unique style.
For further information on the day and the line up of speakers, please follow this link - www.gdpuk.com/conference/overview
If you would like to purchase tickets for the conference - click here
Further information on Gideon can be found on his facebook page
Tweet

Jonny Jacobs is the Sales & Marketing Manager at GDPUK.

GDPUK.com is the largest online community for dentists and dental professionals in the UK with 10,000 members. GDPUK publishes dental news and blogs centred on dentistry. GDPUK is also well known for its active forum, where dentists discuss, inform, learn and engage with each other every day. On average there are over 600 different contributors to the forum every month. Membership of the site is free. For more information please get in contact.