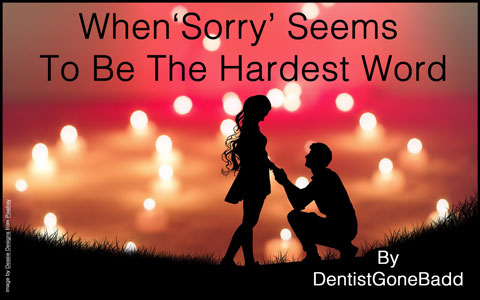 I was fifteen and I was on my first ‘date.’ We were in the Grove Cinema, Winson Green, Birmingham. For some stupid reason, which looking back was actually probably reasonably refined psychological reasoning for a 15-year-old lad playing to what he thought might appeal to girls, I had decided to take Jackie (‘twas not her name) to see ‘Love Story,’ the saccharin-drenched blockbuster of that particular year.

(WARNING: Only applies to the GDC)

I was fifteen and I was on my first ‘date.’  We were in the Grove Cinema, Winson Green, Birmingham.

For some stupid reason, which  looking back was actually probably reasonably refined psychological reasoning for a 15-year-old lad playing to what he thought might appeal to girls, I had decided to take Jackie (‘twas not her name) to see ‘Love Story,’ the saccharin-drenched blockbuster of that particular year.

At the point the sickly theme tune struck up, I remember thinking “This is going to be rubbish,” and sure enough, 101 tedious minutes later, I was proven right.

As the lights went up, I was confronted with the sight of Jackie’s face, smothered in weepy tears and snot bubbles, trying to thank me for a ‘lovely treat.’

Love Story had a tagline that you couldn’t get away from around the time of its release.  It was everywhere - in newspapers and magazines, billboards and even on the side of buses (or buzzes as we used to call them in Brummagem).

I obviously know the above is  complete rubbish, since like most blokes in relationships, I spend most of my married life apologising profusely for stuff I’ve done and not done, but might consider doing so in the future.

This week, the General Dental Council took the  principle of not having to apologise,  to heart, when it was revealed they had to shell out £38,000 in compensation and legal costs after they obtained evidence unlawfully during a ‘sting’ operation to trap a registrant.

The GDC used private investigators to try and induce a Clinical Dental Technician to acting outside his scope of practice, by playing on his sympathies for a housebound, fictitious old lady.

Following a successful action by Dental Protection on behalf of their member, the GDC admitted acting unlawfully during its investigations, through a declaration sealed by the High Court.

So what actions are taken against a regulator that acts unlawfully?

In fact, the GDC didn’t even offer a public apology to its registrants for frittering away £38,000 of registrant fees unnecessarily.

You would hope that the GDC at least apologised to the registrant, but with that shower, who knows?

One dental professional told GDPUK that the money was the equivalent of the ARF money of nearly all the Clinical Dental Technicians currently on the dental register.

And this was only a year on from when the GDC was bleating that they couldn’t reduce the ARF during the dental shutdown when DCP’s were in dire financial straits, because of its own financial uncertainties.

I’ll drive home the point that financial uncertainty didn’t stop the GDC from topping up the furlough payments of its own staff, while dental professionals like  struggled for money  during the dental shutdown.

They also didn’t apologise when they announced a few weeks ago that they were introducing a payment by instalment scheme after throwing a deaf ear when there were desperate calls for a PBI scheme in early 2020.  Apparently their financial ‘uncertainties’ had evaporated, despite there being a drop in registrants (and presumably income) over the year.

John Cullinane of the GDC’s Executive Team wrote briefly about the use of undercover investigators saying “It is a technique we used rarely in the past and have used still more rarely in recent years.”

Mr Cullinane then described, in the understatement of the decade referring to the case in which GDC acted unlawfully as a ‘mistake.’

He said “But in one of those past cases, we made a mistake. In planning an investigation in 2016, indeed the same investigation which led to the significant discussion on this issue 18 months ago, an undercover visit took place when the concern raised did not meet the threshold to warrant one.”

The ’MISTAKE’ was actually violating the rights of the registrant under Article 8 of the European Convention on Human Rights and contravening data protection legislation.

Try leaking a  patient’s details on Facebook and see whether the GDC accepts that as a ‘mistake.’

No.  If you, as a registrant had been cautioned or convicted of something unlawful, you would be in deep do-do’s with the GDC and promising to try not to do it again, wouldn’t get you very far.

So, what I can’t get my head around is the fact that a health regulator, I’ll say that again, a HEALTH REGULATOR, has no one to answer to for any transgressions or obvious flaws in its processes.

I naively always thought that it was the Professional Standards Authority’s role to bring healthcare regulators into  line, but apparently not.

But as a watchdog, the PSA appears to have no teeth whatsoever.

The PSA said this week they will only be “Taking  this information (about the GDC’s human rights contraventions) into account as part of our next performance review assessment of the GDC, which covers the period 1 July 2020 to 30 June 2021.”

That’ll have the GDC quaking in their boots.

The PSA will, similarly, not look at the unnerving situation currently at large in the profession, where the GDC is steadfastly refusing to acknowledge that its processes for assessing the competency of dental surgeons from overseas who wish to practice in the UK as dental therapists, is deeply  flawed. The PSA will only stick the problem in a review.

To be fair, the PSA did step in when they discovered the GDC had withheld evidence from its own Professional Conduct Committee which resulted in a dentist being reinstated to the dental register when the regulator held back more recent evidence that he had been fraudulent.

The PSA also investigated the way the GDC responded to a whistleblowing incident in 2013. The PSA found “Various objectionable practices” in operation and reported that the whistleblower within the GDC wasn’t treated according to the regulator’s own whistleblowing policy and  they even revealed the person’s identity unnecessarily.

To me, that sounds like a data protection breach – which the GDC is still apparently fond of even after the PSA’s report in 2013.

In the review of the regulators for 2019/20, the General Medical Council met all the standards set by the PSA, but the GDC only met three of the five standards in the fitness to practice category.

What really irked me about the GDC’s response to Dental Protection’s successful action  is that they can just shrug it all off with no consequences, whereas any registrant who faces a complaint can be seriously affected mentally, for the rest of their working life.

Having been through the system, albeit on a paperwork only level, believe me, I know.

The GDC has made much of its professionalism surveys and its promotion of professionalism, but from (mercifully) an outsider’s point of view now, they really need to raise game and demonstrate their own professionalism.

For any dental professional who has found themselves at the wrong end of a complaint as a result of an error, the first thing to do is offer an apology.

But for the GDC, “Sorry seems to be the hardest word.”