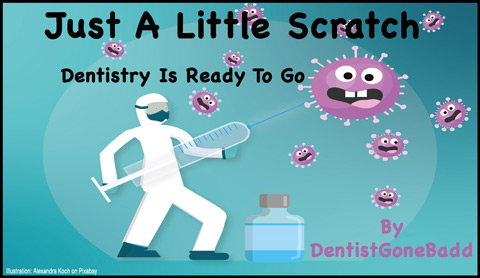 There’s little doubt that THE hot topic in the UK media currently, is the delivery of COVID vaccines to the population of the nation: I say the nation, I’m excluding those who think the pandemic is a hoax and that Bill Gates has contaminated the vaccine with microchips that will turn them into that infuriating old Microsoft Word paperclip assistant “Hi, it looks like you are a moronic conspiracy theorist writing anti-vaxxer propaganda, how can I help?” 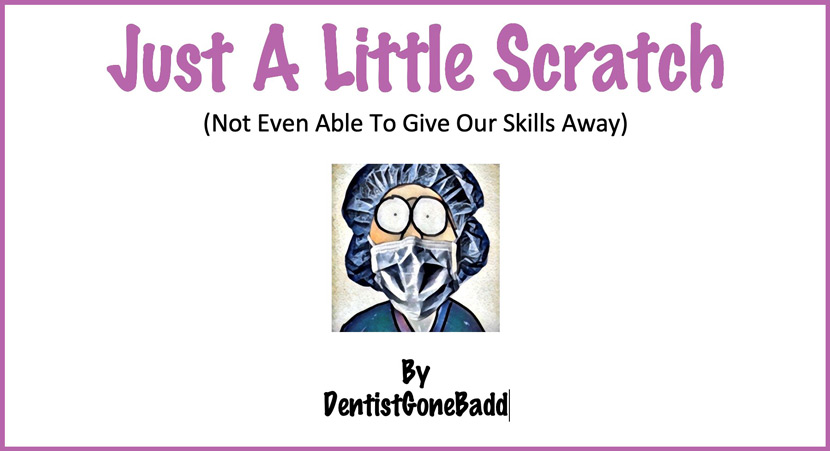 There’s little doubt that THE hot topic in the UK media currently, is the delivery of COVID vaccines to the population of the nation: I say the nation, I’m excluding those who think the pandemic is a hoax and that Bill Gates has contaminated the vaccine with microchips that will turn them into that infuriating old Microsoft Word paperclip assistant “Hi, it looks like you are a moronic conspiracy theorist writing anti-vaxxer propaganda, how can I help?”

When the government appealed to folk with medical training to form an army of vaccinators to distribute the potential lifesaver, it was perhaps not surprising that dentists and dental care professionals were near the front of the queue of medically trained people keen to offer their services, bearing in mind their proficiency with the delivery of injections.

But a calming manner and an admirable prowess at aiming pointy sharp instruments with deadly accuracy in the mouth, isn’t enough to ensure an appointment in a vaccination clinic, where the arm or outer thigh is a massive target compared to the mandibular foramen. See, you DO remember 2nd BDS anatomy!

General Dental Practitioner Dr Andy Bates initiated a national debate last week, when he highlighted the hurdles that dental professionals who would like to be vaccinators have to negotiate in order to join the mass vaccination programme.

Andy did the radio and TV media rounds after he encountered an “overload of bureaucracy” when applying to become an NHS vaccinator. One of the requirements for a potential vaccinator is to be in possession of proof of competence in, amongst other things, ‘conflict resolution’ and ‘preventing radicalisation.’ While all dentists will have training in fire safety, the opportunity to deradicalize a Trumpist rarely presents itself during the average denture ease. 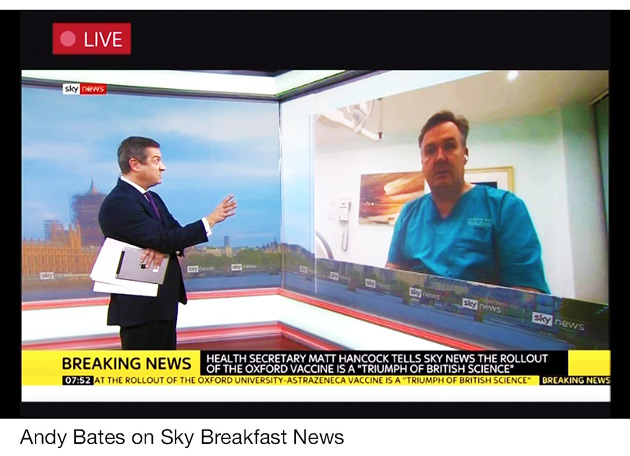 Andy, who practices in North Yorkshire and is also a GDPUK.com moderator, was interviewed on Sky News about the application process. He explained that the application process for the vaccinator recruitment scheme involved unearthing ‘reams’ of information and that many documents had to be scanned and uploaded as part of the application process. He also highlighted that although dental professionals had certification in skills that the programme required, it was often in a different format to those requested. As I remarked to a dental friend of mine, I suppose the difference between the dental and medical formats are a bit like those that existed between VHS and Betamax. Andy admitted that the NHS application process was onerous and time-consuming, and he and colleagues would look for other routes to joining the programme.

That same morning, Andy was name-checked on the Jeremy Vine Show and it was revealed by a correspondent that Boris Johnson himself would be looking into the matter, saying that the administrative obstructions placed in front of potential volunteers were ‘ridiculous.’

Retired oral surgeon Steve Garner also reportedly came up against difficulties in signing up, describing it to The Telegraph as a “wall of bureaucracy.” Another potential applicant, ex-forces medic Richard Merry gave up after the application process ‘threw him out” repeatedly. He told The Telegraph that the programme doesn’t want ex-military medics because “We haven’t been through the NHS bureaucracy.”

In the crisis that we are currently in, and the speed with which the NHS needs to dole out the COVID-19 vaccines, it did seem the proverb “Beggars can’t be choosers” could be applied to the situation.

There were a number of dentists online who similarly complained that the requirements for acceptance on to the vaccinator programme had put them off. It seemed a nonsense that possessing all their proven clinical skills with hypodermics, backed up by professional registrations and certifications, the NHS is effectively rejecting their offers of help because the particular shade and size of box hadn’t been ticked. I mean, picky, or what? Dentists felt side-lined again. 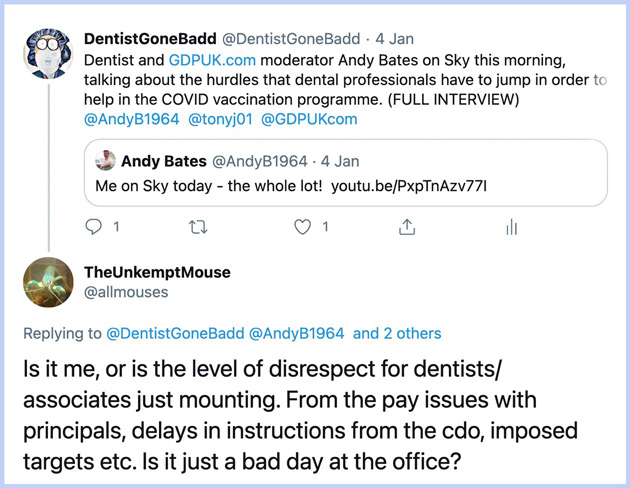 As Andy Bates pointed out, dentists not only have the expertise to deliver the vaccine, they are also well-practised in giving reassurance to patients prior to delivery.

I looked at the “About the role” page on the NHS recruitment website, just to see exactly what the Nash was expecting from vaccinators, just in case it was WAY more complicated than it seems. It doesn’t appear to be that complicated.

It seems the job involves…well, giving the vaccine really. Additional to that, you are required to throw PPE away properly, make sure you have the right patient in front of you (tricky), make sure they are happy to receive the jab and make sure the patient (they call them ‘clients’) is comfortable by ‘offering a seat.’ I think even I could do that.

Observing the patient’s immediate reaction to the jab is another duty – I took that as watching to see if the patient faints or swells up like the Goodyear Blimp. The correct disposal of sharps is another requisite – that means not flinging the syringes across the room and shouting “One hundred and eight-ay” like Russ Bray on the darts.

Sitting on the side-lines, it bothered me slightly that NHS dental practitioners who have just had new targets imposed would maybe be spreading themselves too thinly, but I had forgotten about the abstract concept of ‘days off.’ In my opinion, giving up your much needed midweek break   to help mankind beat the Trump-virus, is going way and above the call of duty.

I would have thought that all dental professionals who are up to volunteer for the COVID programme would accept the fact that vaccinators need to be aware of the potentially hazardous consequences of delivering the vaccine. I for one, appreciate that it’s not quite as straightforward as popping in a subcutaneous infiltration. But I did naively think that the ability to deliver injections would have been a sure-fire transferrable skill, given the precision with which we are required to deliver shots and the number of injections that dental pros must deliver per week – way more, I would have thought, than the average medical GP. 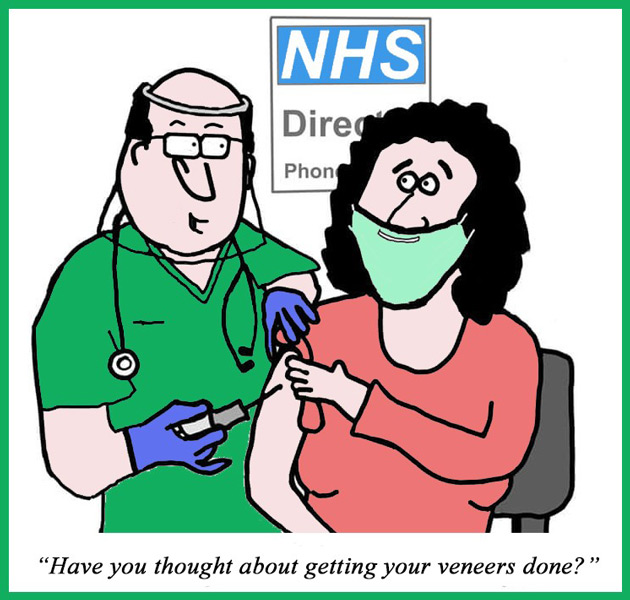 So, it got me thinking – what transferrable other skills DO dental professionals have that could be quickly utilised in other pursuits?

For example, I always felt that I was pretty adept at removing teeth without breaking them, but it’s hard to visualise how that would help me in any career away from dentistry. I had a certain ‘refined’ technique for removing teeth – basically laboriously wiggling for hours - but the only use for those skills that I could think of was as a cricket umpire, removing the stumps at the end of a long summer’s day play without tearing the crease up.

I can’t think of any other transferrable skills though. For example, you can’t really earn a living as a full-time bathroom sealant operative, or a specialist grouter. “I can’t tile, I just grout” on the top of a Handy Man website wouldn’t exactly pull the punters in.

I’d like to think that I possessed transferrable management skills, but I don’t, unless my skill was in adequately disguising the footprints when my staff constantly walked all over me. As for my accountancy skills, they are a joke – I STILL haven’t got my head around how UDA’s work and how to use them so that a dental practice can remain solvent AND make a living.

And at a time where there’s a perception that a growing number of dental professionals are either leaving or considering leaving the profession due to the stresses and pressures of practice, the consideration to analysing transferrable skills might be of great value.

I haven’t heard of many dentists who gave up dentistry and made a success of new careers where they COULD directly utilise their clinical skills. I had a friend at dental school who gave up the job a few months after qualification. She went into piano teaching instead. I suppose at a stretch, you could say that she was utilising her manual dexterity skills.

When you think about it, other than dentistry, there are very few occupations out there that require you to ruin something by drilling holes into it and then leaping into immediate action to repair it again. Hang on a minute…colander manufacturer?

But I did hear that a popular lecturer in restorative dentistry at my dental school, temporarily left the profession in the late 80’s, to run a Tie Rack® franchise. From his experience at choosing shades, I assume he was good at selecting exactly the right tie to go with that cream Miami Vice suit.

With the nation desperate for a quick roll-out of the COVID vaccine, I think the government is missing a golden opportunity to use the one transferrable skill we’re really good at.

So why not think about loosening the requirements, Matt Hancock. It’s just a little prick.