Toothache During The Dental Shutdown - A Young Patient Tells All 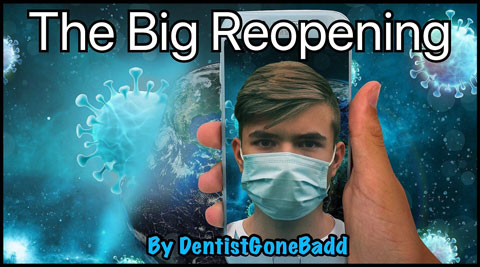 General dental practice appears to have changed forever for both practitioners and patients, ‘post’ COVID-19.

Toothache During The Dental Shutdown

A Young Patient Tells All

General dental practice appears to have changed forever for both practitioners and patients, ‘post’ COVID-19. But we wondered how patients perceive the change, a week after the shutdown in England ended. We asked six-year old Emily to tell us in her own words (which we have faithfully transcribed), her experience with coping with toothache and her treatment during the England dental shutdown.

So I did have a toofache for ever at the same time the cough virus gave us an extra holiday from school. But the toofache made me not enjoy it and I couldn’t eat any sweets or drink hot Ribena.

My mom said “I’ve had enough of this cobblers” and phoned up the dentis on the phone in a mood. She didn’t use the proper phone at first, but the old one what has wires and fings. My mom says she wasn’t happy to the dentis about ten million times and she took ages on the phone to the dentis. I don’t know if it was a proper dentist because she was asking wevver I had a cough all the time but my mom was asking about my toof. I fink the dentis was a bit thick.

So my mom went to the chemis to pick up some medicine which wasn’t there. The lectric scripshun didn’t go froo the wires and I was waiting for my mom outside the chemis wiv Uncle Eric for ages.

The medicine tasted like elephant poo and after a few days my toof felt a bit better, though not all better. My mom says “You must be a bit better ‘cause I got a bit of kip last night at least, you little sod.”

After a few days I was crying again because the big toof in my mouf was hurting worse than ever, worse than when I fell off my scooter. My mom rang up the dentis again but she was in a bigger mood than last time but this time she used a proper phone wiv a video like Face Time or You Tube.

The dentis asked for a look of the toof and my mom pushed the hi phone in my face and made me say ahhh. The dentis did say “I fink the abscess has come back and you need some better medicine.” My mom had to tell the dog to shut up barking. I cried because I did not want to have the elephant poo medicine again and so she says it would taste nice. We went to the chemis again and they wouldn’t let me in again. My mum came out and said “They have done it again! You’ll have to wait and behave.” So I waited for a fousand hours and then my mom got the medicine which tasted like hippo sick. 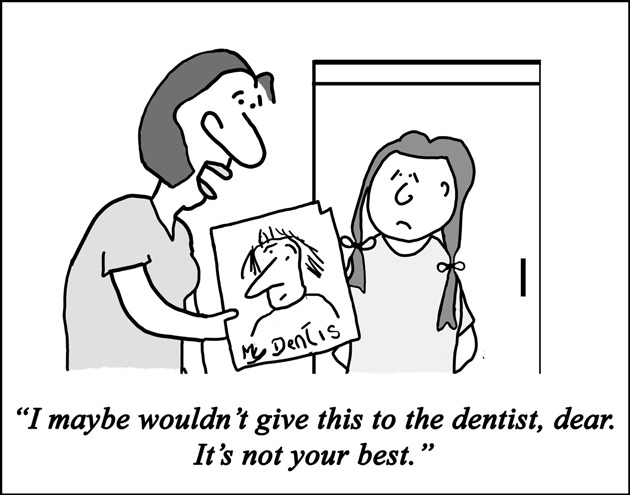 This medicine did not work either and so my mouf became very swollen like a space hopper and my mom ringed up the dentis again and she stopped using her posh voice and said she wanted some action. The dentis said that I should squeeze the lump by my toof gently and I needed more medicine.

This time the medicine was at the chemis and I took it and it tasted like a rusty gate and I squeezed my lump. One night the lump burst and custard came out and I felt better, but then it did swell up again and I cried all night.

A few days ago the pwime minister said you can go to the dentis and my mom said “Right, I’m not having any more of this, they are going to see you at the dentis or I’m going to complain.”

So the ovver morning I did go the dentis wiv my mom and we had to sit in the car in the car park and my mom had to ring the dentis and tell them we were waiting in the car. The dentis told her to take a pen wiv her but she did forget and so the dentis said she would sign a form for her if she wanted.

After free hours we did have a phone call and the dentis said we can come to the surgery and phone again. My mom phoned again and the pretend nurse came out of the door. She says she is a nurse but she is only pretending to be a proper nurse but she did get a fermometer out and shoved it in my ear. See, I told you she wasn’t a proper nurse. She did it to my mom as well and she isn’t even a payshent. The nurse asked if I had a cough and I said no. Free lots of medicine stopped that. The nurse then did get two funny doctor masks out of a plastic bag and she gave us one and told us to put them on. Then anovver pretend nurse came and said “Follow me to the dentis” and we had to follow her into the dentis room.” 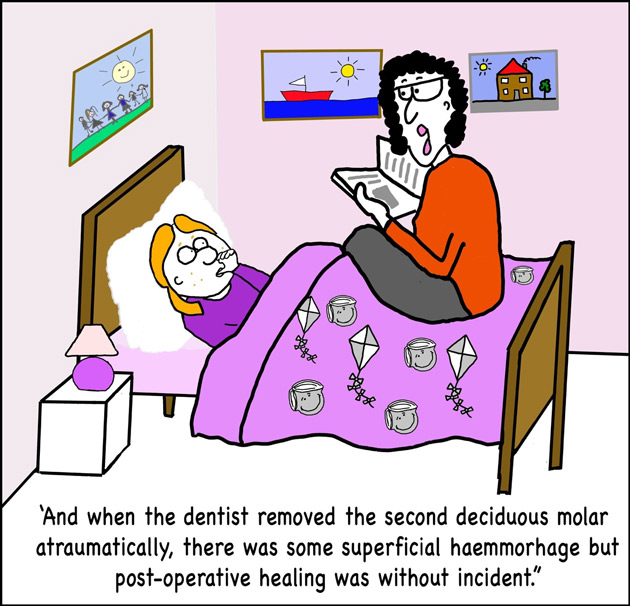 When the nurse did close the door, she said “Oh bovver. I did forget the four seps” and so she did get on the pretend phone and called for a running nurse. I could not see the running nurse because she put her hand froo the door wiv a packet that the pretend nurse would not let me see.”

The dentis and the pretend nurse put my mom at the ovver end of the room and they stood away from me like I had a cold or sumfing and then they did ask me all the questions the ovver dentis did on the phone.

I could not hear much of what the dentis and the pretend nurse was saying because they had bigger masks on than us. The dentis had one that made her look like Dark Fader. I fink she had that on because she normally has a big nose and she wanted to hide it. It was okay though because she did draw Peppa Pig on it to make me laugh. 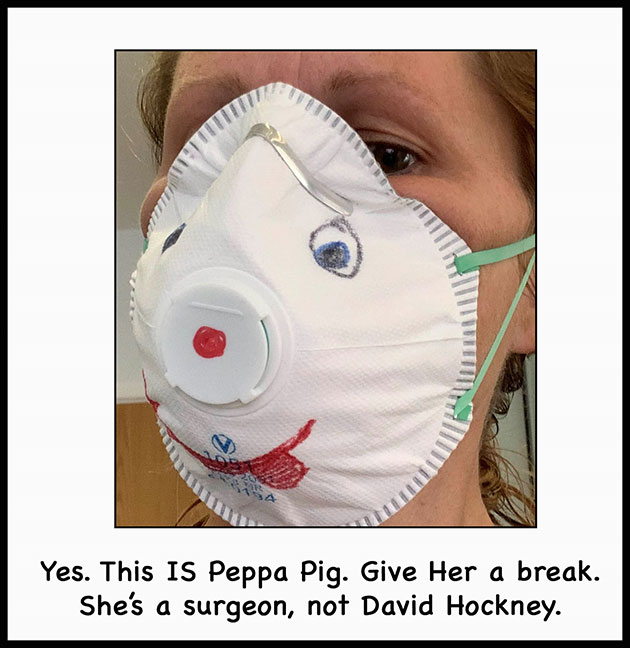 The dentis did tell me to pull my mask down and I did and then she put some stuff on my toof wot she says was bubble gum but it tasted like medicine again and I wanted to rinse out but the pretend nurse said it was impossible and too dangerous and I could die if I did so I did swallow it till my froat felt funny.

The dentis did say pull your mask down and be a good girl and I did but my mom started crying and I wanted to cry as well. The spray she put in my mouf tasted worse than the worst medicine in the world but I could not have any pink water because it would kill everybody in the world.

And then the dentis said I was to be very still and be a good girl and the pretend nurse held my hand although she had loads of gloves on. It felt like the dentis was trying to pull my head off and then I heard a bang and my toof was out and I just had gums. I wanted a rinse but the dentis said no because we would all die.

When the dentis had talked a lot to the nurse and she was typing on the computer, they said right let’s go. I heard the dentis say to the nurse, “That’s taken us nearly an hour and all I get out of that is ten squid.”

Then me and my mom and the dentis and the pretend nurse walked down the big corridor and they waved bye bye as they went into a change room to take their clothes off. I heard the dentis say “I could murder a doughnut.” And then the running nurse met us and took us to the front door. The reception lady was hiding behind a big glass screen so I could not tell if she said goodbye or not. The running nurse, who I didn’t see run even once, let us out and gave my mom a struction sheet. There was a man outside the door who tried to get in but I heard the running nurse shut the door in his face. And that was it, that was my trip to the dentis when the cough virus was here.

I’ve still got the doctor mask.

Every Generation Blames The One Before