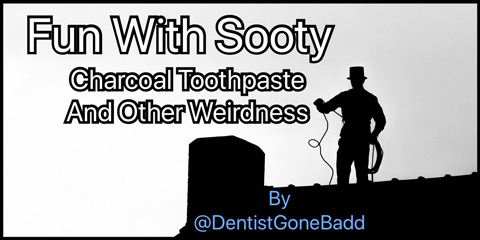 Patients do some strange things, but so do dental product manufacturers sometimes. They're as bad as each other in my book. You're putting WHAT In Your Mouth? (Some DIY Dental Tips) By @DentistGoneBadd 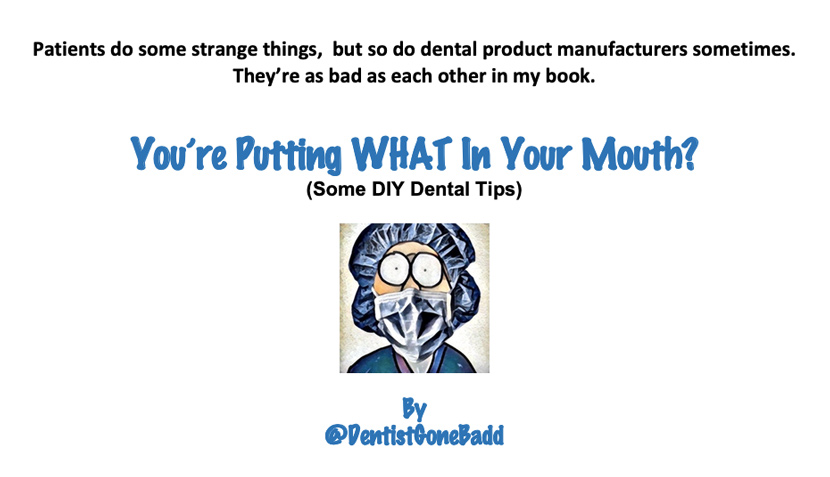 Some Mothers Do ‘Ave ‘Em

Not long before I hung up my trusty turbine  (I say I hung it up – I actually snuck it back into a colleague’s drawer at 6.30am - I’d nicked it because mine was off for repair) - I had a thought.

I thought “Charcoal toothpaste? That’s insane!” (Much like Brexit)   It’s the first time in a few years that I had ‘scientifically’ assessed a new dental product brought to the market. My usual protocol was to give it to my wife and see if she suffered any ill effects, like gum lacerations or late-onset fluorosis.

My scientific hypothesis was based on the fact that charcoal feels a bit…well….gritty and I didn’t think it would do a lot of good to the teeth.  My hypothesis wasn’t plucked from the air, it had its basis in a study I was fascinated with at dental school, where some dude in the 1930’s had studied tooth wear in Australian Aborigines.  It was found that excessive tooth wear was often due to the method of cooking in the open, which could involve food being brought into direct contact with charcoal from the fire it was being prepared on.  Sand and dust could also cause wear when the four winds blew.

So I was delighted to read that new research has found that charcoal-based dentifrices may increase the risk of abrasion AND may not be fulfilling manufacturer’s claims of whitening teeth.  Not only did 92% of the 50 charcoal toothpastes tested not contain fluoride, they carried potential health risks due to the possible inclusion of carcinogenic polyaromatic hydrocarbons in the charcoal.   When I was asked about the use of these charcoal toothpastes by patients in the last few months before I stopped wearing itchy scrubs, I would say something fairly ambivalent in reply, like NOOOOOOOOOOOOOOOOO!  Like Donald Trump, I felt totally exonerated when I read a summary of  the report.  I didn’t read the full study, I just relied on the Attorney General’s summation….sorry, distracted. 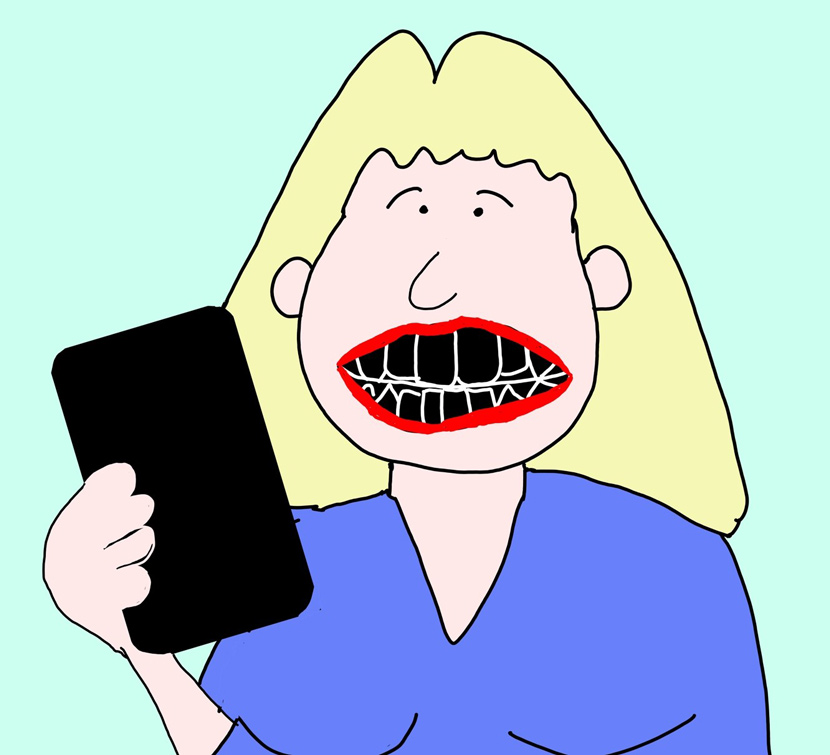 But my recommendation to patients to avoid the stuff like the plague was also based on past experience. I remember not long after I qualified and entering practice, meeting a new patient to me, late one Friday afternoon. This chap in his early sixties was booked in with pain. He hadn’t been seen in the practice for about a year. He had all his own teeth and they were all free of restorations. Other than his gums looking like they had been attacked with a Brillo Pad, all was well – apart from his upper centrals and laterals looked as if a Canadian lumberjack had been trying to fell a Sitka spruce. The teeth all had a deep ravine where the labial enamel should have been, and poking through the deepest dentine, he had pinprick pulpal exposures in all four teeth. Initially I thought maybe his labial silicates had all fallen out (this was the eighties and some silicates had survived), but no. His dentist (my boss) was so impressed by his oral hygiene regime, he told him he didn’t need to see him for a year. Off the patient went, and buoyed by praise, went out and bought a new hard toothbrush and ten tons of smoker’s toothpaste (a rough but probably fairly accurate estimate of the tonnage). The next twelve months, he brushed assiduously till I ended up pulp capping and putting in composites till 5.15pm. Tracey wasn’t happy that night. Later, I tracked down some of the offending ‘smoker’s tooth powder’ and examined it. It felt like charcoal dust. Little did I know until that if I’d chucked in a bit of soot and sourced the right marketing company, I’d have made a few bob.

Now that particular patient was doing what he thought was right. He bought tooth powder recommended for smokers (which he was) and was using the technique his dentist was impressed with – the frantic motion Nigel Kennedy adopts when playing the more aggressive allegro passages of Vivaldi’s The Four Seasons. 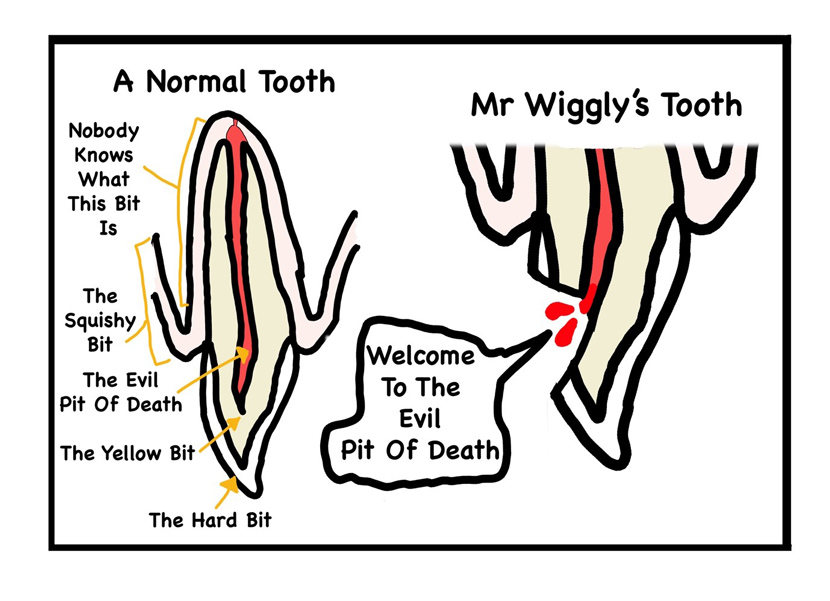 But patients have been known for adopting other less conventional approaches to tooth care and whitening other than brushing with black grit.

I once had a patient in the nineties who admitted to brushing with thick bleach. If you knew this lady, you wouldn’t doubt it, but I once had her worried teenage daughter come in for her examination and she said “Can you stop my mum rinsing with bleach?” I used to do REALLY thorough soft tissue examinations on this lady, but as far as I know, she is still ignoring my advice to desist and yet apparently survives. I thought Harpic patches might wean her off the practice, but I think she felt it was too ‘alternative.’

I also had a young chap who first came to me with gross caries. I sorted him out over a few months and got him stable and he attended regularly for about three years. He then went AWOL for five years, returning with toothache in about 2002 and….you guessed it….gross caries and perio problems. Again, buoyed by his dental health, he decided to do some ‘research’ on how to maintain his teeth and whiten them. He sought advice from Mr Google (to be honest, it could have been Mrs Yahoo) and found a website that advocated ‘oil-pulling’ – an ancient method of detoxifying the body and curing erectile dysfunction (that’s a joke, as is oil-pulling). The idea is that you swish oils (sesame or coconut are popular) around the mouth for twenty minutes or so and it removes plaque and whitens teeth. It’s claimed that it can reduce plaque deposits and gingivitis, as well as caries. There is no substantial evidence that oil-pulling works and I can attest that it certainly didn’t help in my patient who ended up having two collapsed molars removed surgically and eventually replaced by a denture. At least he had enough coconut oil to soak the denture in at night. Apparently, the website (note – ‘site’ – singular) said all conventional forms of mouth care were redundant using the oil-pulling method and he’d abandoned the Oral B toothbrush and floss I sold him in 1994.

One of the more bizarre ‘treatments’ some patients swear by and which I can’t for the life of me fathom, is homeopathy – particularly homeopathic remedies for infection. Over the years I’ve had quite a few patients who have preferred not to have RCT or perio treatment, but have preferred to ‘go down the homeopathic route.’ I had one homeopath as a patient who said she would treat her chronic discharging sinus herself with homeopathy. I found this confusing because I thought there must surely be rules against homeopaths prescribing themselves water, but apparently not. The other confusing thing was that despite the chronic sinus remaining there for about two years and despite the fact that I showed her the pus oozing quite profusely on several occasions, she swore it had healed and wasn’t a problem. I never saw her after that. I feared that maybe she had overdosed on homeopathic medicines by failing to take a dose. 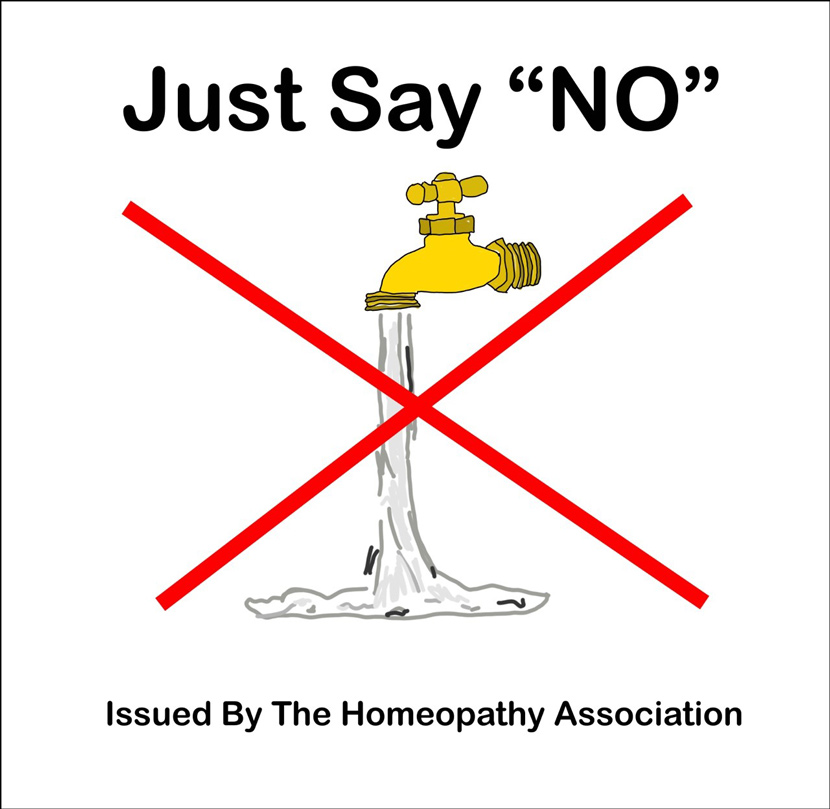 One patient DIY fix did turn my stomach. A couple of years ago an extremely anxious patient who used to shriek every time she had local, returned after many months. She had been a new patient to me about five years previously. I’d immediately referred her to a specialist periodontist because she had severe periodontal disease and I feared she would soon have to be rendered edentulous. The periodontist agreed and I had to make her a couple of immediate partials but agreed to keep her upper incisors after she begged me. On this day, she came in and wobbled her upper right central, it was grade eleven mobile and she asked if she could have the tooth added to her partial. She refused to have the procedure done immediately since she was going out that evening. An appointment was made for the extraction and addition impressions the following morning. The patient turned up, and being very anxious about local, I got out the usual gallon of surface anaesthetic. At that point she stopped me and said, “I don’t need the needle, do I?” I told her it was probably advisable since it was an extraction. At that point she pressed on the tooth which was oozing a thick gooey pink pus all around it and then yanked the tooth out with her fingers. She had been retaining the central in the socket for about two months with denture fixative. That made me squirm more than anything I’d seen in 35 years in dentistry.

At least I didn’t have to give her a local.