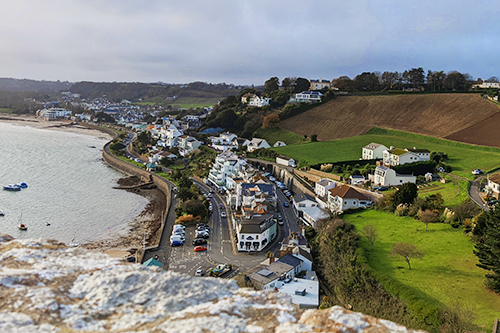 As the general conversation about the NHS begins to recognise that dramatic changes may be needed, the Government of Jersey may just have shown the shape of things to come.

The Jersey healthcare system is not part of the NHS, although hospital treatment is free for most residents.

Dentistry is provided by private practices although the government supports the Jersey Dental Fitness Scheme which offers care for a fixed monthly fee for many of those in full time education. Notably root treatments, orthodontics and crowns are excluded.

This approach, established for many years, has now seen a significant development. The government have announced a scheme where children aged from 4 to 11 can receive free treatment at 5 practices on the island. The scheme has been funded as part of the Island’s Covid-19 recovery strategy.

Children who require routine appointments, fit the age criteria and were on the waiting list for the community dental team as of 31 October 2022 are eligible. If the child requires further treatment, they will remain under the care of the private dentist. If no further treatment is required, they are transferred back into the care of the community dental team and will be reassessed between six and 12 months later.

This followed reports that children in Jersey were waiting up to 8 years for their free check-up appointments from the government dental service. These appointments were supposed to be generally available to children under 12.

The Minister for Health and Social Services, Deputy Karen Wilson, said: “I am pleased to see progress around waiting lists for childrens’ health. This is a great example of primary and secondary care working in partnership to deliver better services for children who have been affected by delays caused by the pandemic”

In the UK, the NHS paying private providers for some types of treatment is hardly a revolutionary idea. For many years the NHS has contracted specific treatments to private hospitals in some areas. Patients generally like this as they get seen a little sooner than they otherwise would. The private hospitals no doubt increase profits by mopping up their spare capacity. And local NHS managers enjoy reduced complaints about long waits for care. Whether tax payers get value for money is not clear, and there are suggestions that with private providers cherry picking predictable cases, the NHS gets left with the more challenging, time consuming and costly ones, and then told it isn’t competitive.

Despite the frequent claims and counter claims that “privatising the NHS” is a party political divide, the differences are mainly in presentation. Wes Streeting, the Shadow Secretary of State for Health and Social Care, who is increasingly talked about as a future party leader, has spoken positively about working with the private sector to bring waiting lists down.

If it can work in Jersey for children’s dental care and in the UK for MRI scans and hip replacements, to name just two procedures, could this be a way to ease the dental access crisis? The barriers appear to be measured in pounds rather than principles.