What The Papers Don't Say 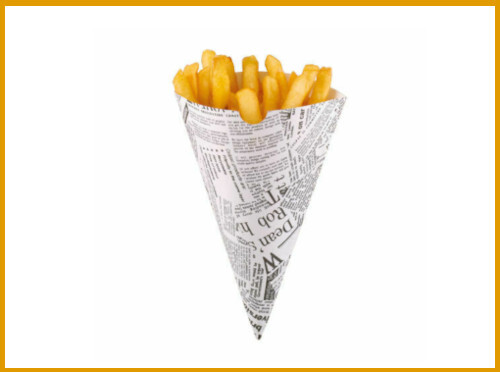 Dental teams have got used to seeing stories about dentistry in our newspapers. For over a year regular stories about lack of access and the unravelling of NHS provision have filled the pages of local and national titles.

Many have centred on the human interest aspect, the parent who cannot get an appointment for their child, the person who has been in constant pain, and of course, the DIY dentistry stories.

The last few days have seen a couple of variants, perhaps reflecting the style of the publications that they appeared in.

The Daily Mail set out to help its readers with the enticing headline, “Put those pliers away! Here’s how to put a dent in dental bills…” Starting by quoting the BDA’s figure of 47 million lost NHS appointments since lockdown, and moving via references to DIY dentistry, the writer opined that “dentistry has become so expensive in the UK, it’s not surprising that many people are cutting corners.”

The first piece of advice was to check for eligibility for free HNS care, with the turn2us and entitledto websites cited rather than the official NHSBSA or GOV ones. The next suggestion was to be seen by a student at a dental school. From here the writer moved to cash plans and helpfully gave some examples of providers.

Wilko and B&M received a favourable mention, thankfully for their competitive prices for home care products, rather than tools for dental DIY. A warning about buying whitening products online was followed by the suggestion that readers concerned about their tooth colour got professional advice. Similarly home scaling was discouraged.

The advice, “For major work or if you would like good cosmetic dentistry done, you could consider going abroad” was followed by a positive anecdote about treatment in Thailand; it was like going to a spa. That section did end with the observation that, “if you need after care you have to fly back.” And with a final reference to temporary filling kits and the commercial topdoctors site (which promotes subscribing practices, and appears to be a medical version of Checkatrade) that was the end.

From the UK’s highest circulation paid for paper, to one with a most recent figure in 2008 of 10,000 copies, The Morning Star. Headlined, “Public urged to speak out in inquiry investigating lack of NHS dentistry” the article began quoting pressure group Toothless in England. It relayed their request for people to tell them how the lack of access to NHS dental services has had a detrimental effect on them and their quality of life, to be included in their submission to the recently announced parliamentary Health and Social Care Committee inquiry. The paper quoted the recent figures showing that 90 per cent of NHS dentists are not accepting new patients.

The Toothless campaign started in Suffolk and has now spread around the country. The spokesperson of the Suffolk group, and now Toothless in England campaign co-ordinator, Mark Jones said: “The more evidence we can submit to the inquiry about the problems, the better chance we have of the government finally waking up and taking the important steps to positively address the decades-long failures in oral healthcare provision.”

The article finished quoting Eddie Crouch, BDA Principal Executive Committee Chair, referring to the Prime Minister’s promises to improve dental access, “His slogans will ring hollow until we see some urgency from Ministers, and real commitment to save a service on the brink.”

Toothless in England have six demands including that there should be an NHS dentist for everyone, and that hygienists, routine check-ups and preventative treatments should be a core NHS function. More ambitiously they call for funding to cover the 50 per cent of the population that are currently not provided for, and “no more privatisation.”

Mark Jones is no stranger to the Morning Star, as a member and former candidate for the Communist Party of Britain (CPB). Whilst now a reader owned cooperative the paper describes its editorial stance as in line with the programme of the CPB.

Historians may wonder how we have got to the stage where dental professionals, on this subject at least, are more in tune with the Morning Stars stance, than that of the Daily Mail.