Rishi Sunak Caught Out On Dentistry 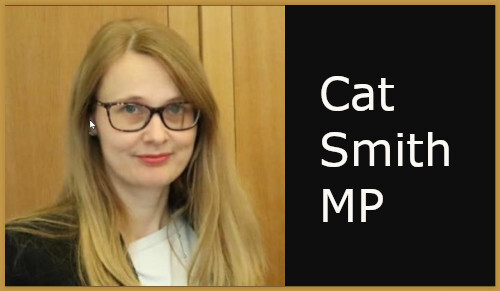 Prime Minister Rishi Sunak, made his pitch for the job based upon promises of competence and integrity.  In Prime Ministers Questions he has fallen short on both. The BDA and the MP whose question he was responding to are not happy, and have asked him to set the record straight.

Cat Smith, Labour MP for Lancaster and Fleetwood declared that there were no NHS dentists taking on patients in her constituency. Those “lucky enough to have one” were “waiting months” for appointments. She than asked the PM how long he had to wait for his last NHS dental appointment.

Prime Ministers Questions comes with no guarantee that they will provide answers, but Sunak’s response was either a result of very poor briefing or a brazen disregard for facts. He began with, “As a result of the new reformed NHS dentistry contract there are now more NHS dentists across the UK with more funding, making sure people can get the treatment they need.”

Having failed to answer her question once he immediately went on to do the same again, saying, “But let me answer the lady directly,  I am registered with an NHS GP, I have used independent healthcare in the past.” He then went on to say his family had received fantastic care from the Friarage hospital, which is near his constituency.

Audaciously, he began the next part of his response with “But the truth is” and went on to say that he was “proud to come from an NHS family” and that he was “passionately” committed to protecting it with “more funding, more doctors and nurses” and “a clear plan to cut the waiting lists”. Notably dentistry was not mentioned in this last part of his answer to the commons.

Cat Smith had asked him about his last dental appointment. He completely avoided this, so it is safe to assume that he and his family see a dentist privately. That is a personal choice he is free to make. But in his attempt to move the discussion on, he has made a series of false statements. There is no new contract. There are not more NHS dentists, there are less. There is no new money. And a glance at the headlines would confirm that people cannot “get the treatment they need.” Four claims, all untrue.

Unsurprisingly the BDA are not happy and tweeted:

The PM offered fiction not fact to @CatSmithMP on the crisis in dentistry.

The reality is there are no new dentists, no new contract, and no new money.

Cat Smith has now written to the PM asking him to “correct the record.”

Quite correctly @CatSmithMP is seeking correction of an inaccurate answer to her PMQ today pic.twitter.com/fyXnOxFgPV