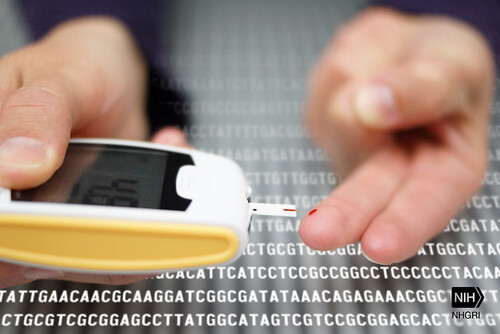 The Prime Minister must have been acutely aware that he needed to get a grip on the various challenges facing the UK. After careful consideration to develop an action plan to turn around the UK, and his party’s fortunes, the PM and his expert advisers have now set out their vision; teach all students maths until they are 18.

NHS England have been looking for a silver bullet to ease the access crisis, and have considered a wide range of options. Of course, not one that involves getting rid of UDA’s or spending more on oral health. New dental schools may please local MP’s, but will take too long. Sucking in more overseas trained dentists has come up against the sclerotic bureaucracy of the GDC. And the golden bullet of therapists has turned out to be a blank, as indemnity, integration into general practice, and scarcity minimise their effect.

So welcome then to Oral Health Practitioners. The concept of OHPs will appeal to the great and the good of NHS commissioning and NHS improvement. Take one dental nurse, add training via an apprenticeship and return to practice where they can provide more holistic care. OHPs will, over 16 months and with training funded up to £9000, be trained to a level 4 standard. The Institute for Apprenticeships and Technical Education provides details of the scope of practice for OHPs. Oral health practitioner (level 4) - apprenticeship training course (education.gov.uk)

The standard has been developed with potential employers, including Kings College Hospital and some well-known corporates.

Key skills that they will acquire include:

Along with the other skills and behaviours set out, some of these will be familiar to dental nurses already, or available as “add-ons.” Acquiring OHP status would also be seen as a launching point for progression to becoming a therapist or hygienist.

How would this work in a typical general dental practice? GDPUK heard from a practice in the North of England with a long history of NHS provision.  For them, like most practices, finding associate dentists and nurses is a constant struggle. So when a good nurse announced that she was leaving to pursue a better rewarded job it was not a huge surprise. It would be working for the NHS. The catch was that she would be training to become an OHP and for that 16 months continue to work 22 hours a week at the practice. For her it would mean a higher salary, and as she would be employed by the NHS, membership of its pension scheme, enhanced holiday, and the joys of a blue light card.

All of this was presented to the practice as a fait accompli and it was a while before the scheme organisers made contact, or the practice saw a contract. The practice eventually spoke to one of the organisers and concluded that they knew very little about NHS general practice. According to the organisers, a part time nurse who could take x-rays and apply fluoride would leave the associates more time to do endodontics. When the practice began to explain that their associates did not dream of doing more NHS endo, it became apparent that the organisers had little if any idea of how NHS care was delivered, let alone the UDA environment. And how would an OHP spending time on non UDA generating activities, weighing patients, doing blood tests and providing motivational interviews, cover their overheads?

The scheme organisers could not understand that at the end of the 16 months, the practice would not be interested in keeping the OHP on the same terms. Indeed even during the subsidised training period there would be a problem given the differentials with other nursing team members. Issues around indemnity and contracts were also a concern, even though the practice has invested in training the nurse already, and does not want to lose her.

Looking at the combined salary, pension and training costs the scheme will be receiving funding to the tune of £50 000 per OHP for the 16 months, excluding administration costs. It is not clear whether the funding is coming from existing dental budgets, perhaps via clawback, or terminated contracts. Perhaps that extra maths teaching cannot come too soon.