GDP Loses Battle To Discover The Facts, As GDC Appears To Be Losing Battle To Convince The Dental Profession It’s ‘Transparent’ 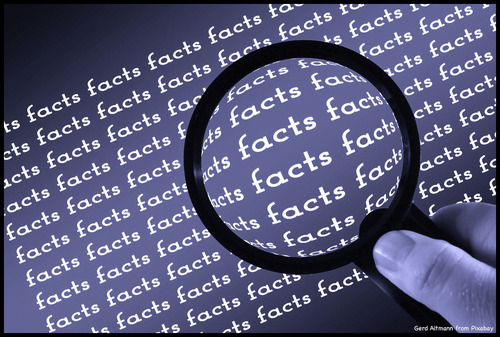 A GDP’s 18-month-long fight to uncover the facts surrounding a controversial decision made by the General Dental Council during the early stages of the pandemic, has finally been ended by a judge.

Judge Rupert Jones has decided to refuse Leeds-based dentist Dr Dominic O’Hooley permission to appeal a decision made by a First-Tier Tribunal, which enabled the GDC to keep details surrounding its decision not to change the Annual Retention Fee out of the public domain.

In the first few months of the COVID-19 pandemic, despite calls by dental professionals to consider a temporary reduction in the ARF, or introduce  an emergency Payment By Instalment Scheme, the GDC made a ‘unanimous decision’ not to ‘revisit’ the ARF, which many felt left registrants – particularly dental care professionals – struggling financially.

As it refused temporary help for struggling dental registrants, the GDC controversially decided to top up the income of its own furloughed regulatory and administrative staff. The story was subsequently reported in the satirical investigative magazine, Private Eye.

In May 2021, the Information Commissioner’s Office (ICO) instructed the GDC to disclose a copy of an email sent by then GDC Chair Dr William Moyes to colleagues in April 2020 regarding the ARF.

The Information Commissioner’s decision followed Dr O’Hooley’s complaint to the ICO regarding the  GDC’s handling of his original Freedom of Information request, which sought answers on the regulator’s decision-making process regarding its consideration of potential alterations to the ARF.

But in the early summer of 2021, the GDC decided to appeal against the ICO’s  demand and a ‘First-Tier Tribunal’ subsequently allowed the appeal.

Only last month (October 2022), it was revealed that Dr O’Hooley’s application to appeal against the decision of the First-Tier Tribunal had been refused by Judge Mr E Mitchell  in the Administrative Appeals Chamber.

Judge Mitchell said he would only “Grant permission to appeal if an Appellant has a realistic prospect of establishing that the First-tier Tribunal’s decision involved a material error on a point of law.”

Following the decision made in the Appeals Chamber, Dr O’Hooley applied to the Upper Tribunal for permission to again appeal the First-tier Tribunal’s ruling.

Dr O’Hooley appeared at the Upper Tribunal hearing in person, while the GDC was represented by counsel, Mr Peter Lockley.

Judge Jones said “None of the Applicant’s grounds of appeal are arguable and I refuse permission to appeal because the application does not raise any arguable error of law in the FIT’s decision nor any point of law of general public importance.”

Dr O’Hooley said following the hearing “I genuinely believe that the 7 page ’guidance’ email from Moyes to GDC Council contains things that the GDC cannot allow us to see. Whether this is primarily due to precedent setting, or the admitted robust opinions within said email, remains a mystery.”

“It has surprised me that the GDC has engaged a barrister on this matter both originally and during my attempt to get an appeal. It seems that their self-proclaimed aim for transparency is more a form of words than a real change to their modus operandi.”

“The GDC used our ARF to fund their appeal and subsequent successful attempt to prevent disclosure.”

Dr O’Hooley continued “I have other FOIs ongoing. I want to see the GDC admit that the Moyes years were not right, didn’t lead to improved patient outcomes and actually almost completely destroyed trust between the profession and them.

“It seems they have actually failed to understand that we want to be fairly regulated. We are professionals after all. The GDC has lost its moral compass but we haven’t lost ours.”