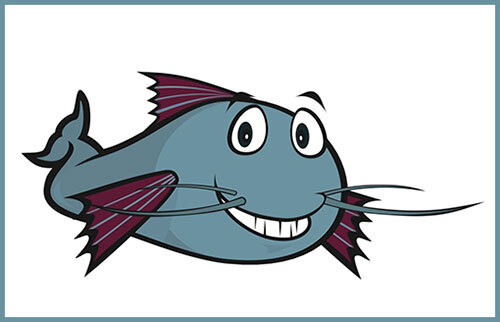 The search for this year’s best dental acronym may be over with the publication of the CATFISH study.

The Cumbria Assessment of Teeth – a Fluoride Intervention Study for Health, to give its full name, also comes with some controversial findings.  The funding trail runs via the National Institute for Health and Care Research (NIHR), which is in turn funded by the Department for Health and Social Care. The research was led by a team from the University of Manchester’s Division of Dentistry.

This was the first research into initiating a UK fluoridation scheme since the 1970’s, when the use of fluoride toothpaste became widespread in Britain. And it is the change in toothpaste formulation that may explain why the benefits of fluoridated water are shown to be smaller than in previous studies. The CATFISH study, carried out over six years, concludes that fluoridation of the water supply may confer a modest benefit to the dental health of children. It was concluded that it was likely that water fluoridation was a cost effective way to help reduce some of the £1.7 Billion a year that it is claimed the NHS spends dealing with the effects of caries.

The study compared two groups of children, those from West Cumbria, where fluoride was reintroduced to the water supply in 2013, and the rest of Cumbria, where it is not added. There were two age cohorts that were intended to compare the effects of fluoridation on children born after, and those aged around 5, at the time it was reintroduced. Information on diet, brushing and dental attendance was collected along with dental examinations for the study, at regular intervals.

For deciduous teeth in the younger cohort, 17.4% in the fluoridated, and 21.4% in non-fluoridated group, had decayed missing or filled teeth. For the older group the figures were 19.1% and 21.9% respectively. Commenting on the results, members of the research team emphasised that since caries was more widespread amongst disadvantaged groups that this should be taken into account when planning preventive measures.

Dr Michaela Goodwin, senior investigator on the project said: “While water fluoridation is likely to be cost effective and has demonstrated an improvement in oral health it should be carefully considered along with other options, particularly as the disease becomes concentrated in particular groups.”

The comparatively lukewarm conclusions of the study did not go unnoticed. The British Fluoridation Society had expressed concerns when the study protocol was published in 2016. Amongst these were that the design of the study would tend to show only the post eruptive effects for the older cohort, and so would not show the full benefits of fluoridation. There was further criticism of the study design and a conclusion by the society that the proposed study was a compromise, and in their view, “unlikely to demonstrate a clinical benefit; it will complicate rather than assist policy making.”

It seems likely that the study will provide ammunition for those that oppose further water fluoridation projects. The Fluoride Action Network, a resolutely anti-fluoridation group, led their comments by reproducing the NIHR press release on the study. The Guardian reported on the study with the headline, “Water fluoridation not enough to shrink dental health inequalities, study finds” followed by, “Approach brings smaller benefits to children’s teeth than previously suggested.”

In the UK, Community Fluoridation Network said: "In recent years, research data has demonstrated fluoridation’s impact by examining dental disease trends after fluoridation has ended. A 2018 U.S. study showed that preschool-age children needed an average of 1 additional decay-related treatment after their city ceased fluoridation. In Windsor, Ontario (Canada), the city council voted in 2018 to resume water fluoridation after reviewing health surveillance data after 5 years that showed a 51% increase in decay and emergent dental needs in children. We should expect percentages to vary from one report or study to the next. But what is striking is the consistency of research linking fluoridation to lower rates of dental decay.~

I tweeted the article as it appeared in the guardian on November 14.

Water fluoridation not enough to shrink dental health inequalities, study finds. If it reduced cancer by 26%, and we knew for over 50 years, there would be a public enquiry that lasted another 50 years. ?

This is the video I made about 3 years ago on the results from the study on Anglesey 50 years ago.

At the time as was told not to promote it as the only people who take note are the anti fluoride lobby.