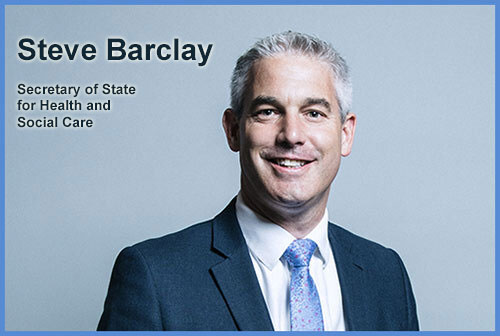 It may be a minority opinion but Steve Barclay, the Secretary of State for Health and Social Care, has decided that the NHS has enough money.

The rescheduled Autumn financial statement is due imminently, from former and longest serving Health Secretary, but now Chancellor, Jeremy Hunt. He has spoken of “eye wateringly difficult decisions” to be made. In interviews he has declared that everyone will be paying more tax, at the same time that funding for many services is squeezed. Reportedly he is looking to raise £55 billion.

According to The Times, Treasury officials were surprised when Barclay told the Chancellor that he would not be seeking more money for the NHS, even to offset the effects of inflation , currently running at 10%. The health minister has promised to find efficiency savings to make up for the increasing costs facing the NHS.

As a result, what are described as “robust” negotiations have begun with NHS England, which has in turn warned that cancer care, GP’s and mental health provision, face cutbacks. It is estimated that 6 to 7 billion pounds would be required just to keep pace with inflation and pay increases.

NHS England Chief Executive, Amanda Pritchard has said that administrative savings could only be,   “a margin of a small margin.” Since PM Rishi Sunak has pledged to prioritise the NHS it may be that money will be moved around within the Department of Health.  Public health and infrastructure budgets could find some of their funding re-routed to NHS England.

A source has said that in meetings Treasury officials had been “pleasantly amazed” by Barclay’s willingness to accept the current budget. This may be a reflection on Barclay’s history.  In a former role he was chief secretary to the Treasury, a post that often involves crossing items off from departmental shopping lists. Now that he is running a department himself, he will understand that he needs to demonstrate that efficiency savings have been maximised, before asking the Treasury for any more money.

NHS waiting lists are at a record high of 7.1 million. Hospital delays are resulting in tens of thousands of A & E patients, waiting more than 12 hours for a bed, every month.  NHS England has already promised £12 billion in efficiency saving over three years, but this will not be enough to cover the costs of inflation and increased patient numbers. Difficult talks between Chief Executive Pritchard and Barclay’s team have already begun.

As Barclay looks for further savings areas at risk include the UK Health Security Agency, and proposed spending on IT improvements and building repairs.  Sajid Javid’s project, the Office for Health Improvement and Disparities is also looking like a possible sacrifice. Ironically it was Javid who was the first minister to say that the NHS had enough money and required reform rather than extra cash. This was back in June of this year when he was Health Secretary.

Apart from Barclay, twice, Thérèse Coffey has also been Health Secretary since then. Those dentists still hoping for improvements in the funding of their NHS contracts might have a long wait, whoever is in charge.