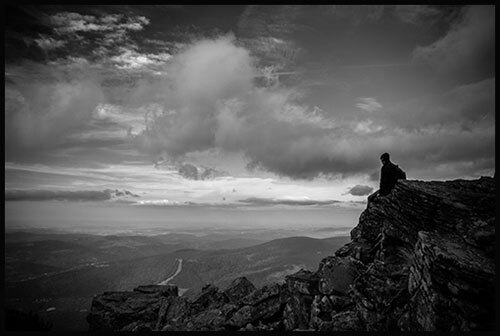 The GDC have been under increasing pressure to come clean about the numbers of registrants taking their lives during Fitness to Practice (FTP) investigations. This has now got to the stage where the honesty of the GDC might be questioned by registrants.

The General Medical Council, on the other hand, have not only recognised that there is a problem with their registrants, but agreed to provide numbers so that the scale of the problem can be better understood. The GDC have steadfastly refused to do the same. Initially their excuse was that it was a confidentiality issue. Then when they received a series of Freedom of Information (FOI) requests, they claimed that it would be too expensive to answer the question.

FOI’s have produced the farcical outcome of the GDC claiming that it does not hold information on an investigation it is itself currently carrying out, into the relationship between registrants undergoing Fitness to Practice investigations, and suicide.

A GDPUK reporter requested that the GDC conduct an internal review into this apparent contradiction, stating that, “I really must question the veracity of the regulator’s response to my FOI.” The response from the GDC, after a four week wait, was a terse refusal.

The GDC did add that the GDC expected “to be communicating further about this” and that its Communications and Engagement team “have agreed to let you know once that has taken place”. Readers might be interested to know that the same Communications and Engagement team, led by Dr Joanne Rewcastle, have refused to discuss policy and practice regarding safeguarding registrants’ mental health during FTP, when GDPUK made previous enquires to them.

And then without any accompanying notification, the GDC website now carries a blog attributed to Stefan Czerniawski. A member of the GDC’s Executive Team, he is the Executive Director Strategy with responsibility for policy, research, communications and engagement. His background is in the Civil Service, in particular at the Department of Work and Pensions.

Headed, Reporting the cause of death of registrants who have died while under fitness to practice investigation, the piece starts with the assertion that the shortcomings of the current process are “largely the product of our over prescriptive legislation.” However the GDC will be “making further improvements to the tone of our fitness to practice communications” and reviewing the mental health and wellbeing signposting provided, as well as the training and support offered to the GDC team. The GDC will “be talking more about our plans in the coming months”

The next section headed, Information about death during fitness to practice, refers to one of the FOI’s seeking the number of dentists that have taken their life during FTP. Once again it is stated that “we do not hold this information.”  This despite the fact that Mr Czerniawski goes on to confirm that removing the deceased registrant from the register is a “necessary practical action.” It has been observed that this will require a death certificate, which would show the cause of death. However Mr Czerniawski goes on to explain that if the cause of death is not clear, the final death certificate might only be issued after the individual has already been removed from the register, and as a result will not be of interest to the GDC.

All this is scene setting for the substantive part of the blog, an announcement that the GDC is going to undertake a research project collecting data from 2019 to 2021 seeking to establish how many registrants may have taken their life during FTP. They intend to publish a report in the first half of 2023. They will aggregate data over three years with a twelve month gap, so that final conclusive death certificates are available. Mr Czerniawski goes on to acknowledge that the GDC have drawn upon the work that the GMC has done and aim to publish their results in a similar format. If the number is below three they will indicate this, but to protect individual anonymity they will not disclose the specific count.

The blog finishes with a link to the Samaritans.

Finally, after months of delay and evasion, it appears that the GDC now proposes to do what was originally asked of them. In the meantime it is likely that more registrants’ lives will have been damaged or even lost. The manner in which it has handled a serious and legitimate concern from its own registrants, and its graceless eventual U-Turn, only once the pressure became too much, is revealing.

The last bold part of the blog states that “if you are struggling, please reach out for help.” Until now, the GDC certainly appears to have been more committed to being the problem, than the solution.