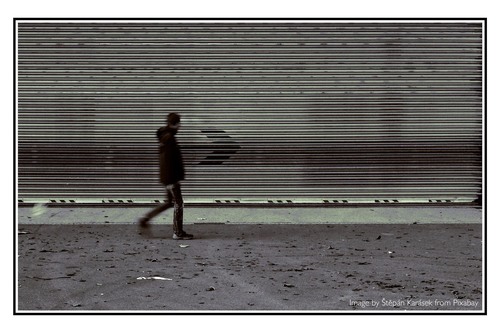 The General Dental Council has made the extraordinary claim that it doesn’t hold information on an investigation it is currently carrying out, into the relationship between registrants undergoing Fitness to Practise investigations and potential suicides.

In June, GDPUK reported that the GDC had turned down a Freedom of Information request asking for the number of registrants who had taken their own lives while under Fitness to Practise investigations.

GDPUK saw a copy of the GDC’s response to the request, made by consultant orthodontist Dr Farooq Ahmed, which indicated that the regulator was declining the request on the grounds that compliance “Would exceed the appropriate limit to locate, extract, and/or retrieve the information requested.”

In its response to Dr Ahmed’s FOI request, the GDC said “There is no requirement for the GDC to be notified if a dental professional takes their own life and, because of this, we are unable to routinely capture when this has been the cause of a registrant’s death.”

“On occasion, this information is provided incidentally by a representative of the registrant, and in those cases, it is recorded on the casefile.”

“Due to the incidental nature this information is provided to the GDC, instances have not been recorded in such a way which would support automated reporting and so, to provide the information we do hold, would require an extensive manual search of all fitness to practise cases which have been closed since 2013.”

But after Dr Ahmed questioned the GDC’s response to his request,  a letter to him from the regulator said that after adopting ‘an alternative way of extracting the information,’ the GDC  had carried out a document search on its database, using the search term ‘suicide.’ That search provided 6,753 results.

The GDC told Dr Ahmed “Although the number appears high we should consider the word ‘suicide’ would potentially appear several times in documents for each case. Also, it would also include threats of suicide or relate to third parties. There may also be occasions where the GDC would be unaware, such as long after the FTP instigation or the suicide being unrelated to the proceedings.”

“In addition, the search does bring different numbers each time it is used so there are limits to the accuracy.”

“We have also considered whether the information could be extracted by refocussing your request or by providing a shorter time span however, as previously mentioned, we may not sometimes know when a registrant has taken their life after the conclusion of an investigation or hearing.”

“We agree that there is a public interest in knowing the number of registrants who have taken their life whilst being investigated for a fitness to practise concern by the General Dental Council, and we do carry out procedures to ensure they receive sufficient support. However, we do not have the resource to extract the requested information accurately.”

When GDPUK asked the GDC in August for an update on the progress of its investigations into the references to suicides on its database, the regulator merely reiterated its July statement to GDPUK, which was virtually identical to a statement it made in correspondence it sent to Dr Ahmed.

The GDC spokesperson said “We want to provide clarity on this important issue, but the information we currently hold is not sufficiently complete or robust for us to be confident in sharing in its current form.”

“We are already looking into what is possible, but this is not straightforward and there are important issues to explore in terms both of the quality and consistency of the data we hold and of the ethical issues around its collection and publication.”

“We look forward to providing an update on this work as it progresses.”

GDPUK recently submitted a Freedom of Information request, asking “the General Dental Council to reveal the nature of its investigations into the relationship between the numbers of  suicides among registrants awaiting investigation by the Fitness to Practice and Professional Conduct Committees, and whether the regulator intends  publishing its findings into the 6,753 references to ’suicide’ it recently found on its database.”

This week, the GDC’s response to the request for the regulator to reveal the ‘nature of its investigations’ simply said “the requested information is not held.”

In other words, the GDC, in the midst of what GDPUK believes is an important investigation into a matter that many registrants are concerned by, the GDC claims it doesn’t know the nature of its own investigation.

In response to our reporter’s request to establish whether the GDC intends publishing its findings into the 6,753 references the regulator admitted it found on its database – the GDC said “the requested information is not held.”

That equally extraordinary claim was made before the GDC repeated, on the same page,  its earlier statement to GDPUK and Dr Ahmed which ended “We look forward to providing an update on this work as it progresses.”

Our reporter will be requesting an internal review of the GDC’s response to his FOI request.