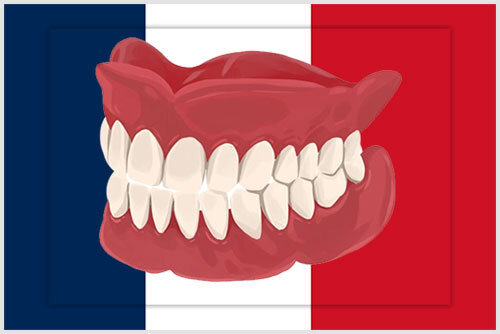 A French dentist has been jailed after being found guilty of carrying out unnecessary work. Sentencing followed a trial that ended in April, relating to huge quantities of work done over a six year period.

The court heard from patients who had booked in for minor issues but ended up losing multiple healthy teeth.

Guedj, who practiced in Marseilles treated mainly low income patients in order to claim payments from the social security system.  His father who worked for him part time was also sentenced to five years imprisonment.

One example given was that between 2006 and 2012 he had performed 3900 root canals on 327 patients, many of whom who had no need for the procedure.

Treatments that would be expected to take 45 minutes were completed in 10, with many infections, complications and permanent damage ensuing.

In what was described as an “industrial” approach Guedj became the highest earning dentist in France taking around £2.5 million in fees in 2010.

His income supported a lifestyle where he drove a Ferrari and owned a €700,000 yacht, paintings by Andy Warhol, three flats in Paris, two in the Alps, and a block of flats in Perpignan.

Presiding, Judge Celine Ballerini said that the two men had set up a “systematic” scheme that had “destroyed” the lives of patients who could no longer bear to smile, and suffered “intolerable pain”.

At one point in the investigation experts reviewing his activity calculated how long it would take to provide the volume of work he claimed in a typical single day during 2010. They concluded that to do it properly would take 51 hours of surgery time.

According to the state insurer, which bore part of the cost of Guedj’s treatment, he fitted 28 times more bridges than the average dentist.

Lionel Guedj told the court, “Never, but never, did I intend to injure or cause pain.”

The testimonies of affected patients painted a different picture.

There was a common theme of being left with permanent pain as well as a psychological impact, leaving them reluctant to leave their homes or open their mouths.

One patient had to leave her job at a bakery due to the constant “foul odour” that came from her mouth, and repeated infections.

One man said Lionel Guedj had cut his teeth down so much preparing them for a bridge that they looked like those of a mouse.

The two men were booed by a crowd as they arrived at the Marseille courthouse.

In a rare move, the judge ordered both to be sent directly to prison, regardless of whether or not they decide to appeal, to applause from the dozens of victims attending the hearing.