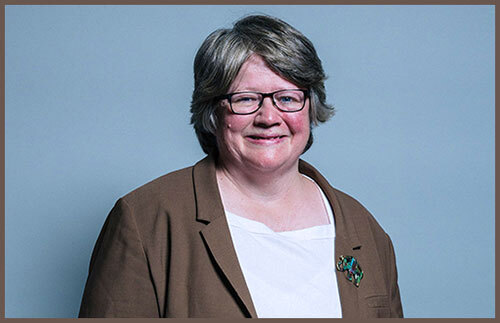 The announcement that Dr Thérèse Coffey, 50, was to be new PM Liz Truss’s Secretary of State for Health and Social Care took few by surprise. It had been widely predicted in the media that she would replace Steve Barclay, who had stepped up as a ‘temporary filling’ in the wake of Savid Javid’s resignation.

Matt Hancock, Sajid Javid, Steve Barclay, Thérèse Coffey - the NHS now has its fourth Health Secretary since 2021. And dentistry, the day-to-day responsibility for which is delegated to a ‘Parliamentary Under Secretary of State’, has seen its fair share of post holders too.

Dentistry, for the first time ever, featured in several of the hustings held by Conservative Party members as they put their candidates through their paces. As reported on GDPUK in recent weeks, Rishi Sunak in particular, vowed to address the dental access crisis on day one. Liz Truss too promised prompt action.

Events, of course, have already conspired to frustrate all the electoral promises made by Truss and her new Cabinet, with the appointment of a new monarch, the organisation of a State Funeral and the announcement of urgent measures to address the impact of energy costs on every household and business necessarily taking centre stage.

But the NHS and dentistry remain very real problems for the new King’s subjects. The announcement that one in eight is waiting for hospital treatment may have been totally eclipsed amidst the distress of Queen Elizabeth’s death, but for each one the discomfort of the wait is a daily reality and reminder.

Suffolk, a ‘dental desert’, has punched above its weight, highlighting the dental access crisis. A now national campaign group, ‘Toothless in England’ was born as ‘Toothless in Suffolk’ and enjoyed early support from the British Dental Association's Dr Eddie Crouch who decried the need for such groups to be campaigning for basic access to a dental service for all.

After years of words and empty promises the dental profession, at least in theory, stands a chance of being heard now that there’s a Health Secretary who is rooted in a constituency where dentistry is a recurring concern of many of her constituents.

Whilst there have been many false dawns, the hope is that the profession at last, will not be clutching at straws. However. Coffey, who read chemistry at Somerville College Oxford and a took doctorate at University College London, is not without her detractors. Social media is awash with images of the karaoke loving MP red faced, smoking a cigar and swigging a flute of Champagne which she has also spilled down her top. She reportedly, readily concedes that she is not a picture of health.

There are worries too that because she has also been given the title of ‘Deputy Prime Minister’ her attention will be distracted from crucial in-trays at Health. But Liz Truss has vowed that Coffey “will take immediate action to make sure that people are able to get appointments with their GP and proper NHS services. People should not have to wait as long as they are for ambulance services and my new health secretary is immediately tackling this issue”.

By implication, Coffey should be applying the same sense of urgency to NHS dentistry and she has stated her “A-B-C-D” priorities are to focus on Ambulances, Backlogs of routine treatment, Care, Doctors and Dentistry.

How the new Health Secretary approaches her job will be closely watched. The new Prime Minister has made many spending commitments. She has promised to increase the defence budget, to spend more on the NHS, to increase pensions and universal credit and to better fund education. And across all these services, where recruitment issues are at crisis levels, there is a groundswell of pressure that pay levels need to increased to arrest the exodus of staff.

Additional funding is necessary to ensure the survival of dental practices. Addressing the recruitment crisis, however, cannot be addressed by a cash injection alone. The options for Dr Coffey and her team are truly daunting and the ability of the new Health Secretary to respond to dentistry’s challenges will, given the noise it generated during the leadership elections, be one of its most acidic tests.

The months ahead will reveal whether dentistry finally has a ministerial team who have heard its pleas or whether changes to the team are, once more, merely a case of plus ça change, plus c’est la meme chose.