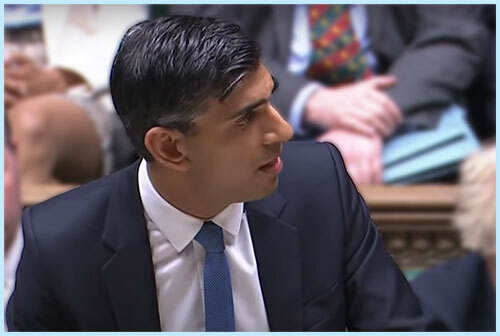 Sunak, the son of a GP father and pharmacist mother, has increasingly spoken of the crisis in the NHS including dentistry

Acknowledging that dentistry is facing an ‘unprecedented crisis’ with research divulging that 90% of NHS dental practices are turning new patients away, the former Chancellor said he would act ‘on day one’ if successful in his bid to become Prime Minister.

According to his campaign team, Mr Sunak will introduce a pilot scheme to offer primary school children – the ‘under -11s’ - regular check-ups at school and ramp up oral health education for children and their parents.

Sunak recently confessed that he was once a heavy drinker of Coke with the result that he has seven fillings and a firm believer in the ‘prevention is better than cure’ message.

Other proposals emanating from the Sunak campaign include immediate action to address the failed NHS dental contract, whose flaws are widely believed to be at the heart of the access crisis and disincentivise clinicians from accepting heavy needs patients.

“My five-point plan will be activated on day one to free up dentistry professionals to do their jobs, encourage NHS trained dentists to stay in the NHS, and focus on prevention that is always better than the cure.

As Prime Minister, I’ll be focussed on getting the British people more bang for our buck from our NHS”.

BDA chairman Eddie Crouch said: “Whoever takes up the reins in Downing Street must act to end a crisis affecting millions, but we need deeds, not words. The constituents of both leadership contenders have next to no options. The same applies to families in every corner of this country.

“This can’t be another exercise in rearranging the deckchairs. Any progress will require real reform and fair funding.”