Threats To DCP And FD Numbers 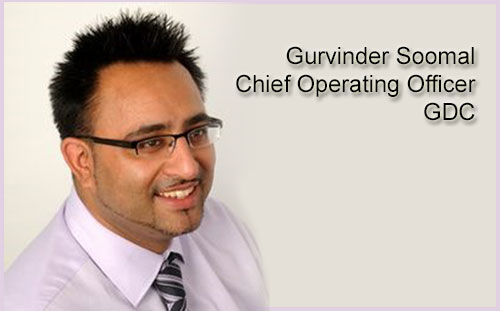 With so many patients around the UK unable to get dental appointments, practice managers and recruiters now have two new problems to contend with. These could hit the numbers of badly needed Foundation Dentists (FD) and Dental Care Professionals (DCP).

GDC Chief Operating Officer, Gurvinder Soomal, said:  “The vast majority of dental care professionals renewed their registration last year with no complications, but more than 3,100 didn’t meet the CPD rules in 2021. That’s 3,100 DCPs who had paid their annual retention fee and made an indemnity declaration but failed to be compliant on CPD. We know that many of these were simple administrative oversights.”

“This can have serious consequences for the individual, and for the team they work in, as non-compliance can end up with removal from the register. I’d encourage DCPs to check now to make sure everything is in order.”

The GDC has been urging DCP’s to check that they are compliant on CPD, including sending texts to affected registrants in mid-August.

DCP numbers have been a cause for concern for some time, and in the most recent annual figures the number registered increased by less than 1%. There is an existing shortage of DCP’s, in particular dental nurses. Failure to meet the GDC requirements, and removal from the register, would result in a further squeeze, leading to a reduction in the availability of dental care.

Meanwhile the BDA is has advised it’s members to hold off from signing the contracts for Education  Supervisors and FD’s. This follows Health Education England (HEE) only revealing these to the BDA in July. There are changes that reflect a move to Lead Employer Arrangements and involve NHS Trusts. The BDA has suggested alterations, since it felt that as they stood the documents would, “be either difficult, or unfair and unreasonable.” The BDA are waiting for a response from HEE. The contracts also refer to policies which have not yet been shared with the BDA.

Given the shortness of time they were given to consider the contracts, the BDA are reserving the right to bring up further issues. The BDA’s statement concludes, “We have received a number of queries from members on these contracts and processes, and as the start of the new DFT year is nearing there may be an expectation to sign. However, for now we must advise our members to wait to see whether our changes are taken on board by HEE, and we have asked them not to put pressure on people to sign before the contracts are finalised.” The BDA expect that the discussions will continue during August, and will provide another update as soon as further discussions have been held.

There have already been reports that less graduates are applying for FD places, possibly not seeing a future in NHS practice. A further squeeze on FD numbers will only make the access crisis worse.