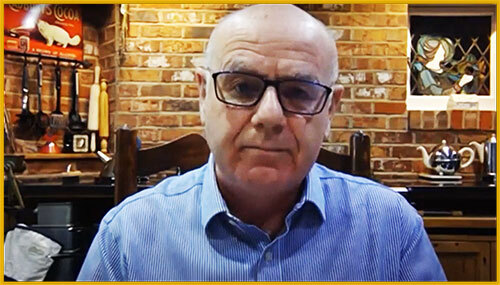 Eddie Crouch, Chair of the BDA Principal Executive Committee is probably the most high profile member of the BDA top team, and is frequently interviewed and quoted. He has had a letter published in The Guardian, it was not entirely about dentistry.

It offers a view on proposed changes in the wider NHS, though his opinions are based upon the experience of many dentists. Responding to a think tank suggestion that included a daily charge of £8 for hospital in-patients, his letter to the paper was published under the heading, “NHS charges for hospital stays would be a false cure.”

He wrote: Charging patients for hospital stays will not translate into new funding (Charge for hospital stays to help fund NHS, says ex-health boss, 24 July). Turning health professionals into tax collectors comes at a cost in time, and changes the relationship with those we treat.

Dental charges, originally designed to lower the demand for services, have become a substitute for meaningful state investment. In the decade leading up to the pandemic, government contributions fell year on year, as a flatlining budget was plugged by inflation-busting hikes in charges. No patient should have to pay more just so ministers can pay less.
Eddie Crouch
Chair, British Dental Association

Dentists know exactly how patient charges fail patients and the NHS… Our @EddieCrouch in today’s @guardian on why the bright sparks at think tank @Radix_UK need to think again on proposals to charge patients for every day that they spend in hospital.

Patient charges are a barrier and increase health inequalities. With this proposal presumably would come exemptions but also fines for incorrect claims? Vulnerable pt groups will feel the brunt of this, what about reasonable adjustments? This is a hugely flawed suggestion.

Radix the “bright sparks” behind the proposal are a think tank that claims to be, “a think tank for the radical centre.” Their structure includes patrons, trustees and fellows. Many appear to have followed a familiar Oxford, PPE, and the City, career pathway. Whilst short on household names, former Lib Dem leader Vince Cable, former Lib Dem MP Tom Brake, and Professor Tim Bale, an author and academic, are involved.  Radix provide opinions on a wide range of issues including sustainability, and talk of “system renewal, cohesive capitalism, and revitalising liberal democracy.”

Healthcare is another interest and recent opinion pieces have included items on the NHS staffing crisis, and another on “How to pay for the NHS.” This 44 page document provides a comprehensive prescription for NHS reform, of which the daily charge is just one small part.  The paper was written by Professor Stephen Smith, former chair of East Kent NHS hospital Trust.

Ironically, taken as a whole, the paper would appear to argue for a greater degree of redistribution in the NHS’s funding than is currently proposed by either of the two main parties.