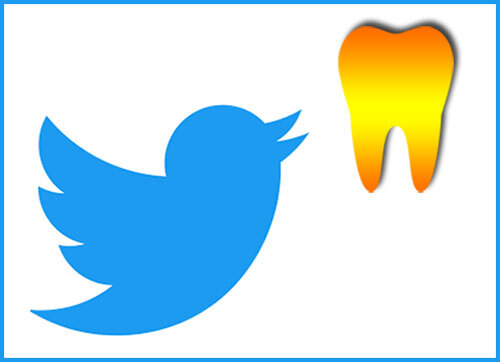 The long awaited contract reforms have now landed, and across the profession individuals and organisations have been quick to give their opinion on what this will mean for NHS dentistry.

The government had a huge success with the January £50 million announcement, in terms of positive publicity and ammunition for ministerial answers, if not in terms of dental health. This time, too there was plenty of positive material for NHS England to quote on its website.

First up was Chief Dental Officer Sarah Hurley, saying that the changes, “will help teams carry out even more treatments and help address the inevitable backlogs.” The CDO went on to directly link the success of reforms to compliance with NICE guidance on check-ups.  The CDO also helpfully advised that “anyone with concerns about their dental health should contact their local dentist as they usually would or seek advice from NHS 111.”

Steve Barclay, at the time of writing the Health and Social Care Secretary, added that “the NHS commits around £3 billion to dentistry a year” and that the changes would reward dentists “more fairly for providing complex care.”

The contribution from Chris McCann Director of Communications, Campaigns and Insight, at Healthwatch England offered a more nuanced opinion. Healthwatch has recently been very vocal about the access crisis. He said that the announcement showed, “the power of the voices of thousands of patients.” He continued, “the NHS is listening and taking action.” He did conclude by noting that the reforms needed to be, “just the start if we are to create an NHS that is able to deliver good dental care for all.”

Abhi Pal, President of the College of General Dentistry, welcomed, “significant improvements,” in particular the ability to make more use of “members of the wider dental team.”

Debbie Hemington, President of The British Association of Dental Therapists, was looking forward to, “working with NHS England to clarify how skill mix and direct access in NHS practice can be utilised”

For the British Association of Dental Nurses, President-elect Debra Worthington, was also looking forward to promoting the effective use of team skill mix and “expanding the role of the dental nurse and ultimately improving the patient experience.”

Diane Rochford, President of the British Society of Dental Hygiene and Therapy, took a similar line, saying that, “implementation of the wider dental team providing care within their full scope of practice is essential to assist in reducing oral health inequalities.”

Meanwhile in a statement, the Oral Health Foundation offered a mixed response. Dr Nigel Carter, chief executive of the Oral Health Foundation, began by saying that, “The new reforms to NHS dentistry are welcome changes in the right direction.” There was also support for making better use of the whole dental team. But he went on to add, “Unfortunately, the new reforms stop well short of addressing urgent issues within NHS dentistry, such as the diminishing workforce and access to NHS dentistry.” As for the move to enforcing NICE guidance on recalls it would, “only scratch the surface of current access problems"

He concluded, “Despite servicing an ever-increasing population, government investment in NHS dentistry continues to decline in the UK.  Ultimately, reforms without the necessary financial investment will only have a limited and short-term effect.”

There were mixed messages from the Association of Dental Groups (ADG), with Neil Carmichael, Executive Chair, being quoted on the NHS England site. He welcomed the removal of administrative barriers to therapists being able to work to their full scope of practice. Meanwhile on twitter, Chris Groombridge, a director of the ADG, tweeted Steve Barclay, “Dear SofS changes put forward today in 2022, were originally put forward by the profession to act as a stop gap in 2014. Since then circumstances on the “ground” have changed significantly.”

The British Society of Paediatric Dentistry, in it’s press release, welcomed the changes as a first step but was “insisting that the next stages go further.”

The BDA was not quoted on the NHS England website, an unfortunate omission since it is the organisation representing by far, the largest number of contract holders. This came as no surprise after reading the organisations initial response to the announcement:
“The BDA has stressed that these changes – which come with no new investment – show the limits of what can be achieved for patients without greater commitment from the Treasury. The BDA estimate it would take an extra £880m simply to restore funding to levels seen in 2010.”

It then went on to quote Shawn Charlwood, Chair of the British Dental Association’s General Dental Practice Committee ,  "These are modest, marginal changes that will not fix the rotten foundations this service is built on.” Saying that ministers needed to do more than “paper over the cracks” he concluded that, "Today is little more than a small step on the road to real reform. If government considers this a final destination then it will mean the death of NHS dentistry in England.”