GDC Attempts Distancing From Its Own Fitness to Practice Process 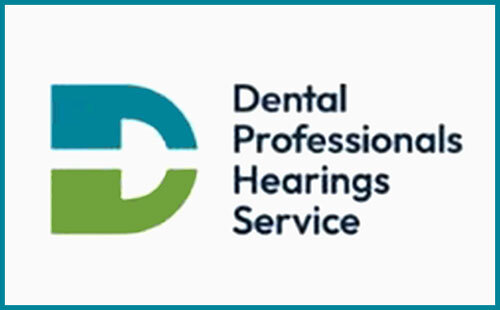 A time honoured strategy of organisations with a poor reputation is a re branding exercise, and that appears to be what the GDC are attempting with Fitness to Practice (FtP).

The FtP process has come in for criticism, not just from dental professionals and indemnifiers, but even the Professional Standards Authority, the ineffectual ‘regulators regulator,’ has repeatedly found the GDC to be performing sub optimally in what is arguably it’s key role.

In its latest report the PSA said, “The GDC did not meet this Standard in the last three performance reviews, primarily because the median end-to-end timeframe for dealing with fitness to practise cases was unacceptably high. We have also been concerned about the number of unresolved older cases in the GDC’s caseload.” They then went on to find that the GDC had not met the standard, yet again.

The GDC has also come under increasing pressure over the toll that FtP takes on registrants, in particular those driven to taking their life during the process. Despite repeated Freedom of Information requests the GDC refuses to offer either details of numbers, or even the most perfunctory details of how it might have assessed or managed, such risks.

The GDC’s response to these challenges will be familiar to older readers. Defunct car maker British Leyland renamed itself Austin Rover, and then Rover group to try and give itself a fresh start. The accident prone Windscale nuclear plant was renamed Sellafield, although it is not clear that this made the plant a great deal safer. So welcome then to the Dental Professionals Hearings Service, (DPHS).

The GDC’s hope is that the DPHS, “will demonstrate the independence of our hearings service,” their use of “our” possibly being unintended.  They add that, “we are giving it a new name and creating a new website: the Dental Professionals Hearings Service.” There is indeed a new website with a new logo, a new colour scheme, and a slightly different layout to the way the same material was shown on the GDC branded website. Interestingly the same hearings still appear on the GDC website. It may come as no surprise that the contact address for the DPHS is 37 Wimpole Street, London home of the GDC.

GDC Chair, Lord Toby Harris, said: “The independence of the hearing from any investigative process is a fundamental tenet of justice, but we know this separation at the GDC isn’t always understood by those going through the system. By making this change we are aiming to highlight this independence and thereby promote confidence in the fairness of the system.”

“This is one of several important changes we are making in relation to how fitness to practise and hearings work. While we are limited in how far we can go before our outdated legislation is reformed, wherever possible we are focussed on making changes that will improve the experience of everyone involved. We believe this administrative separation will help people to better-understand how the system works.”

To underline this claim the GDC state that, “the Dental Professionals Hearings Service is the adjudication function of the General Dental Council and is separate and independent from our investigation and prosecution functions. The Hearings service is conducted and managed by independent Panels comprising of dental professionals and lay people.”

Perhaps this sudden wish to ring fence FtP hearings is understandable given the PSA’s criticisms, and concerns about the effects on registrants. It may be no coincidence that this rebranding follows the arrival of the new Council Chair, Lord Harris, who is a veteran politician with decades of experience operating in Local Government.

GDP’s and their advisers may need more convincing about the DPHS’s independence than a new website. The decision to start and then pursue Ftp proceedings remains with the GDC, as does the preparation of the case against registrants. There is nothing in this change that will stop the covert investigations and set ups, that the GDC has been fond of, nor will it end the perceived pattern of the Council shopping around for expert witnesses to give the “right” opinion. As for the make-up of the hearings panels, the current opaque selection methods of panel members remain unchanged. Ultimately a hearing is just the final act that follows many other stages in the FtP process. While the GDC retains control of everything else, it requires a stretch of the imagination to see the resulting hearings, as truly independent.

Shortly, the GDC will be asking its registrants for an increase in their registration fee of up to 7%. Some of this will be funding what will appear to many, a purely cosmetic procedure.