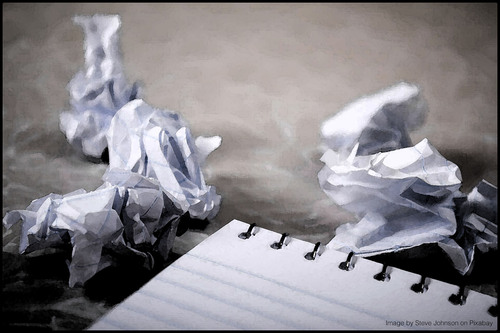 The British Dental Association’s warning in June that “Change is coming, but it’s modest and marginal” has been borne out with the announcement of  “The first ‘significant’ changes to the NHS dental contract for 16 years,”  with NHS England insisting “This is not ‘job done.’”

At the top of the list of changes to affect the GDS contract will be an amendment to the number of UDAs awarded to some Band 2 care. NHSE said its proposals for change will take effect this year.

Where a patient requires filling or extraction of three or more teeth in a course of treatment and/or non-molar endodontic care to permanent teeth, this will now attract 5 UDAs.

A course of treatment requiring the provision of molar endodontic care to permanent teeth will now attract 7 UDAs.

A letter sent to NHS contract holders says that the attribution of four more UDA’s to molar endodontics recognises  “That this care can be more time consuming.”

All other care will continue to attract only 3 UDA’s.

The UDA changes are as a result of NHS England listening  “To the concerns of clinicians that some aspects of care required by higher needs patients were not sufficiently remunerated, and in with our aim of prioritising care for patients with the highest needs,” according to NHSE.

NHSE said “This change will not affect any individual contractor’s agreed UDA target. We will amend the current FP17 to support collection of the clinical information necessary to make these calculations.’

The second major change to the contract will remove the administrative barriers which have prevented dental therapists and other dental care professionals operating within their scope of practice, from opening courses of NHS treatment.

NHSE says the amendments to FP17 and other IT systems are planned for 1st October 2022 and will help promote “The more effective use of skill mix.”

NHSE explained “Our engagement revealed that there are some common misunderstandings regarding skill mix in dental practices. We will be taking steps to address some of these misconceptions. Specifically, we will issue guidance which clarifies how skill mix and Direct Access in NHS practice can be used whilst working within the framework of existing regulations.”

The first phase of contract changes will also include the introduction of a minimum indicative UDA value of £23 from 1st October 2022.

NHSE said the change recognised concerns that recruitment and effective delivery of care in some parts of the country is ‘constrained by very low indicative UDA values’ which impacted on patient access.

NHSE explained “This will be delivered through a reduction to the agreed UDA targets of impacted practices and an associated contract variation. We will monitor the effect of this change over time at affected practices, to gather data to inform any further future action in this area.”

The Annex to the dental reforms letter said that in order to maximise the impact of all dental care currently delivered, focus needed to be placed on interactions which have the highest clinical value.

NHSE said “Patients accessing NHS dental care should be advised of their personalised recall interval based upon an assessment of their oral health risk.”

The Annex went on “There is evidence to suggest that a default recall interval of 6 months is recommended to many patients with low oral health risk, despite the limited evidence base for this in terms of improvements in oral health outcomes.”

NHSE said that it plans to collect minimal data from practices, focussing on oral health need as collected at examinations. “We will amend the FP17 to collect data on the number of untreated decayed teeth, the highest sextant BPE score and the length of the recommended recall period. These data will be shared back with practices to support benchmarking, personal reflection and peer review. It will also be used to review and monitor changes in recall practices.”

Contract changes will also make ‘better use of resources’ according to NHSE.

The letter said that where not all contracted activity is delivered, it results in a loss of patient access to the NHS. NHSE intends a rule change which will allow commissioners to release funding quickly from contracts, where not all activity will be delivered.

“Our initial step to address this will be to encourage commissioners and contractors to work collaboratively, particularly for contracts where 30% of activity has not been delivered in the first half of the year, to consider reducing the annual activity requirement by 10%, on a voluntary basis only, allowing the opportunity for other practices to use these resources to treat more patients,” the Annex said.

NHSE has also said it will support practices to deliver more NHS care by allowing contractors to deliver up to 110% of their actual contract “on a non-recurrent basis” subject to agreement of local commissioner’s and where local resources are available.

The only other change will be a requirement for practices to update their NHS details and opening times on a quarterly basis in order for patients to find a practice and for the ‘system to support patients to access care.’

The British Dental Association  said the changes will do little to arrest the exodus of dentists from the service, or address the crisis in patient access.

The BDA has said in a press release that it is “Taking a neutral position on the new package of changes, neither endorsing nor rejecting what it characterises as modest and marginal fixes to the widely discredited NHS dental contract.”

The BDA  stressed that it remains focused on wholesale change to the broken system, where formal negotiations with NHS England have yet to begin.

“It has expressed some concern that the Government has offered no guarantees that pledges of fundamental reform will be honoured, stressing this package cannot form a final destination for the service,” the press release said.

Dr Shawn Charlwood, Chair of the British Dental Association’s General Dental Practice Committee, said "These are modest, marginal changes that will not fix the rotten foundations this service is built on.”

"Our patients need Ministers to do more than paper over the cracks. These tweaks will do precious little to keep dentists in the NHS or ensure millions get the care they urgently need.

"The simple fact is not a penny of new investment has been pledged, and government targets will still come before patient care.

"Today is little more than a small step on the road to real reform. If government considers this a final destination, then it will mean the death of NHS dentistry in England."

In support of the announced contract changes, Chief Dental Officer for England Dr Sara Hurley said “The NHS is determined to overhaul dental provision, with a focus on increasing access to necessary dental care and supporting prevention, today’s reforms are the first step on that journey.

“NHS dental staff are working hard to recover services, but the key to delivering this will be reform – these changes announced today will help teams carry out even more treatments and help address the inevitable backlogs that have built up during the pandemic.